Has STARBUCKS Been Diluted? The Ongoing Effort to Protect Famous Marks 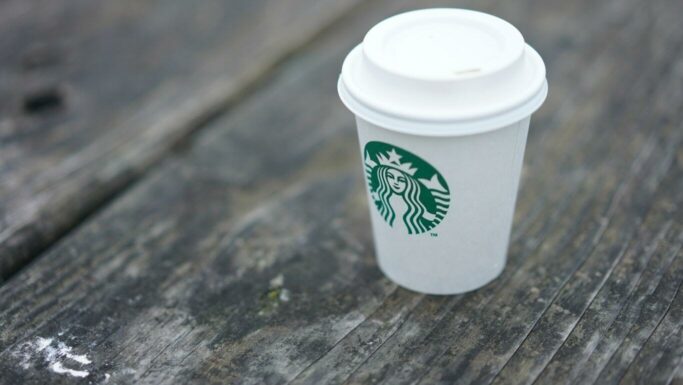 Can a New Hampshire-based coffee roaster sell its brand of premium dark roast coffee under the name “Black Bear Mr. Charbucks Blend Coffee” even if no one would confuse his product with world-famous Starbucks Brand coffee? An appellate court took steps toward answering this question when applying an act of Congress intended to protect owners of famous trademarks like STARBUCKS.

Owners of famous marks are entitled by law to protection from uses of marks that would blur the famous mark. “Blurring” a mark means impairing its distinctiveness. For example, although consumers might not associate a restaurant named TIFFANY with the famous jeweler, the restaurateur’s use is considered to “blur” the distinctiveness of the mark because the mark would now be affiliated with both food service and jewelry. In this example, even if consumers knew that each enterprise was owned by different entities, the distinctiveness of the famous user’s mark is lessened because there are now other users of TIFFANY.

Owners of famous marks are also entitled by law to protection from uses of marks that would tarnish the famous mark by harming its reputation. For example, if a second-rate furniture maker named ALLY ETHEN began to sell its wares on the internet, the owners of the famous ETHAN ALLEN trademark might argue successfully that their mark is harmed by an association drawn between their merchandise and the shoddy goods from ALLY ETHEN. Protection from tarnishment also covers portrayals of a famous mark in an unwholesome or unsavory context.

Blurring and tarnishment are the two recognized types of trademark dilution. Under the federal Trademark Dilution Revision Act (TDRA), if a mark owner can prove that its mark is famous, it is entitled to an order barring others from uses of the mark that blur or tarnish it.

Starbucks argued that Black Bear’s use of the mark CHARBUCKS in its “Mr. Charbucks Blend Coffee” diluted the STARBUCKS mark by both blurring and tarnishment. A district court in New York disagreed, but on appeal, the Second Circuit Court of Appeals asked the district court to reconsider, finding that the district court too narrowly restricted the types of marks that may be found to be diluting a famous mark.

The Second Circuit’s opinion in Starbucks Corporation v. Wolfe’s Borough Coffee, Inc. d/b/a Black Bear, affirms that a user’s mark need not be “substantially similar” to a famous mark for dilution to be found. The opinion also elaborates on the evidence necessary to prove dilution by tarnishment. Finally, the court provides some insight into what type of use qualifies for the “parody” defenses.

Starbucks acquired fame in its STARBUCKS housemarks through global expansion of its retail stores, robust spending on advertising, and dogged enforcement of its trademark rights via watch notices and policing actions. It’s fair to say that the STARBUCKS brand has permeated the American consciousness, especially to those looking for their morning non-fat vanilla latte.

The district court found that the marks CHARBUCKS and STARBUCKS were not “substantially similar,” a finding which the court suggested spelled defeat for Starbucks on the issue of dilution.

However, a requirement that the marks be “substantially similar” is not a requirement of the TDRA, and the Second Circuit noted that the language of the act requires courts to factor the degree of similarity of the marks. If the marks are not similar, that fact should be treated as merely one factor of the dilution analysis to be weighed against the other factors.

The TDRA requires courts to consider the following factors when analyzing whether dilution by blurring has occurred:

The Second Circuit found minimal similarity between STARBUCKS and the CHARBUCKS marks, but that was not the end of the matter.

The district court had held that without evidence of defendant’s bad faith, an intent to associate could not weigh in favor of the plaintiff in the overall blurring calculus. Even if Black Bear knew that consumers might associate CHARBUCKS with STARBUCKS, as long as Black Bear didn’t choose the CHARBUCKS mark for that sole purpose, they were not acting in bad faith. Without bad faith, reasoned the district court, the “intent to associate” factor could not weigh in Starbucks’s favor.

Finally, the Second Circuit held that the district court mistakenly discounted Starbucks’s survey evidence which linked consumers’ impressions of the CHARBUCKS mark with STARBUCKS. In this case, the survey evidence showed that the first thing that CHARBUCKS brought to mind of 30.5% of consumers was Starbucks Coffee. The Second Circuit believed that this was evidence of an actual association between the two marks that could not be simply ignored.

The Second Circuit agreed with the district court’s that Starbucks had not proven dilution by tarnishment. Even though Starbucks presented evidence that the term “CHARBUCKS” was used previously by third parties in New England to suggest that Starbucks coffee tasted over-roasted and burnt, the court reasoned that because Black Bear advertised its Mr. Charbucks Blend as its line of premium coffee, no tarnishment was likely because such use did not denigrate the quality of Starbucks.

The court also stated that it would not “assume that a purportedly negative-sounding junior mark will likely harm the reputation of the famous mark by mere association” without evidence via survey (or otherwise) that might prove the point. The Second Circuit chided Starbucks for not having the survey evidence necessary to show that the connection in consumers’ minds between CHARBUCKS and STARBUCKS was a negative one.

Parody and fair use

The TDRA states that uses of a mark that identify, parody, criticize, or comment upon the owner of the famous mark qualify for an affirmative defense to a dilution claim. The Second Circuit concluded that Black Bear did not qualify for the affirmative fair use defense in the TDRA because the CHARBUCKS mark was used to designate its own products.

The court held that the principles of fair use (creating an intentional association in order to parody) should not weigh in Black Bear’s favor when analyzing the dilution-by-blurring factors because the parody was not ‘successful.’ Black Bear’s use of the CHARBUCKS mark was not fair use because it designates the source for its own line of coffee.

The court agreed that if a parody is successful it will convey that the defendant’s products do not originate with the famous mark owner, and should do little if any damage to the famous mark’s distinctiveness, especially where the products are marketed to different classes of consumers.

In the case of CHARBUCKS, however, the Second Circuit held that the use of the mark was not a parody or satire of Starbucks, but rather was a beacon to Black Bear’s consumers that the products compete on an equal level of richness and complexity. Thus any association intended or created by Black Bear was not entitled to consideration as fair use because Black Bear’s main motivation was not to make a statement about Starbucks, but about itself.

More parody on the horizon?

Where a defendant can make a legitimate case that its use of a mark is a parody, it may survive an assertion of dilution by blurring by a famous mark owner. This may well be the situation in the litigation threatened by THE NORTH FACE, makers of outerwear, against a Missouri-based company named THE SOUTH BUTT, also a maker of clothing, who adopted its trademark with the intent to lampoon the seriousness of THE NORTH FACE’s overall visage. (We assume for these purposes that THE NORTH FACE will be able to prove that its mark is famous.)

It seems to have been successful. Recent press accounts have noted that THE SOUTH BUTT has enjoyed a recent spike in sales given the publicity the case has received. THE SOUTH BUTT might be able to argue that use of its mark allows its consumers to make a statement about the kind of clothing they are wearing.

Should a court find that the dilution-by-blurring factors favor THE NORTH FACE, the court may have to grapple with First Amendment concerns before enjoining THE SOUTH BUTT from further activities.

While not all questions have been answered, the decision in Starbucks adds some contour to the dilution jurisprudence under the TDRA, and at the very least upholds the core principle which prompted passage of the TRDA, namely, that marks need not be substantially similar for the famous mark to be diluted.

Furthermore, we now know that at least one circuit court will consider survey evidence when the owner of the famous mark tries to prove either an association between the marks or tarnishment of the famous mark. What remains to be seen is how a defendant who is using its mark to denote its products but who can make a plausible case for parody will fare in the overall dilution-by-blurring calculus.