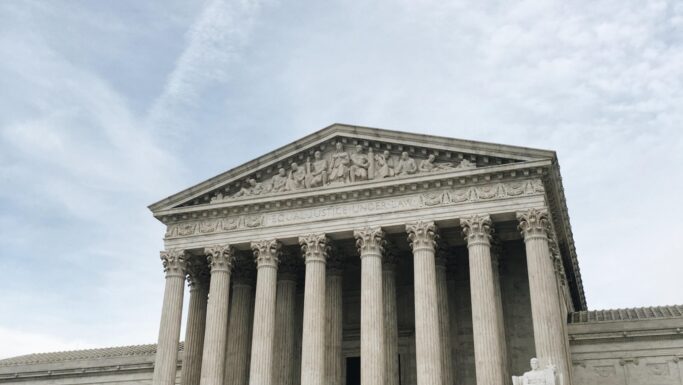 For those familiar with inter partes review—or IPR, as it is known—the recent Supreme Court decision in U.S. v. Arthrex was much anticipated because it carried with it the potential to upend the entire IPR system.

IPR has been popular with patent challengers and trial court defendants since 2012, when the America Invents Act (“AIA”) took effect. Any person or entity may challenge the validity of a patent by petitioning the Patent Trial and Appeals Board (“the PTAB”). Although IPR petitioners are limited as to the grounds for invalidity they may present, IPR remains an efficient alternative to district court litigation on issues that can overlap with an IPR petition.

If the PTAB determines there is a reasonable likelihood that the petitioner would prevail on least one of the patent claims challenged in the petition, the PTAB will institute the petition and hold a trial-like proceeding to determine whether the challenged claims are invalid. Active litigations concerning the same patent are often stayed, that is, put on ice, pending results of the IPR.

A Supreme Court holding that APJs are principal officers could have theoretically invalidated all IPR decisions and dramatically altered the IPR system. The lower appellate court—the Federal Circuit—had already determined that APJs are principal officers, but sought to remedy the constitutional concerns in a way that preserved the IPR system. As we wrote at the time, the Federal Circuit reinterpreted statutory limitations on at-will removal of APJs, rendering APJs “inferior officers” who do not need to be appointed by the President and confirmed by the Senate.

Although the Supreme Court agreed with the Federal Circuit that the AIA as written caused the APJs to be principal officers, it reversed the Federal Circuit’s decision. The majority opinion held that the root of the constitutional violation was the lack of review authority by a superior officer. The court fixed this problem by bestowing upon the Director of the United States Patent and Trademark Office the unilateral authority to review all IPR decisions so that APJs are properly classified as inferior officers.

U.S. v. Arthrex is highly significant for patent owners and IPR petitioners. First and foremost, patent owners who hoped that the IPR system would be scrapped or at least significantly altered did not get their wish. IPR has survived the day and will likely remain as popular as ever with patent challengers and parties accused as infringers. IPR litigants who were hoping for a new hearing before a new panel of APJs did not get their wish either: the Supreme Court made clear that this decision does not entitle prior litigants to new hearings.

This decision does, however, present litigants with a vehicle to request that the Director review an IPR determination. All IPR determinations are subject to review and possibly modification or reversal by the Director. Previously, a final written decision by the PTAB was subject to a request for rehearing and then potentially an appeal to the Federal Circuit. Now, as explained in a PTAB Q&A, a party may request either a Director review or panel rehearing, but not both. The Director may also choose to review a final written decision on his or her own initiative. Like a panel rehearing, the Director’s review is appealable to the Federal Circuit.

So what next? For now, not much will change aside from potentially greater influence being wielded by the Director. The Supreme Court did not issue guidelines for this additional avenue of review. The decision in Arthrex is notable for providing a simple, direct fix to a constitutional infirmity and not the sea change that those sympathetic to Arthrex’s cause were hoping for.