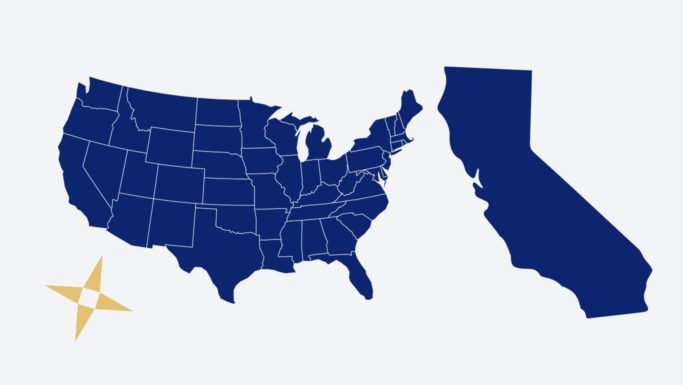 Left Coast and East Coast: California and Massachusetts are often in step on social and political issues. Yet that is not the case with some disputes in the workplace, particularly over non-compete agreements. Massachusetts has regularly upheld such agreements, even when imposed on at-will employees who receive no consideration beyond the privilege of keeping their job. Augat, Inc. v. Aegis, Inc . (1991).

By contrast, the State of California has, since 1872, had a statute that explicitly voids non-compete agreements. California Bus. & Prof. Code §16600 . See also Edwards v. Arthur Andersen LLP (2008), where the California Supreme Court reaffirmed the prohibition and rejected an argument for a narrow exception to the law.

So what happens when a Massachusetts employee who is subject to a non-compete agreement moves to California?

David Donatelli was EMC Corporation’s executive vice president and president of the EMC storage division. That division accounts for 80% of EMC’s revenue. In April, Mr. Donatelli left EMC for competitor Hewlett-Packard where his duties were to include managing its storage division. He had signed a one-year non-compete agreement with EMC but filed suit in California seeking to void the agreement as a violation of §16600.

EMC responded the next day with a lawsuit in Massachusetts seeking to enforce the agreement and to enjoin Mr. Donatelli from working with H-P. EMC Corporation v Donatelli. The California superior court declined to issue a temporary restraining order and scheduled a preliminary injunction hearing for May 15th. However, the Massachusetts superior court immediately considered EMC’s motion for a preliminary injunction – and granted it.

“It is one thing for a person who has lived and worked in California to wish to continue to live and work in California, only with a different employer. It is quite another for a Massachusetts resident who has agreed to a non-competition covenant, enforceable in Massachusetts, to choose for his new residence and place of employment the one state where the likelihood of his defeating his non-competition covenant may be the greatest.” EMC v. Donatelli at 8.

Noting that a California court might ultimately agree with Mr. Donatelli, the Massachusetts court nevertheless declared that Mr. Donatelli had neither fairness nor choice of law on his side.

After the injunction issued, it seems that Mr. Donatelli, EMC, and H-P all recognized that the Massachusetts ruling left them with considerable uncertainty as to the ultimate outcome in the courts. On the one hand, California’s Supreme Court made it clear just last summer that “following the Legislature, this court generally condemns noncompetition agreements.” Edwards v. Arthur Andersen at 946. On the other hand, a California court might well determine that its law does not apply where a party leaves a state to escape the constraints and choice of law he agreed to in the first instance.

Yet, the parties discerned a third course which bridges these poles. The Massachusetts court expressly recognized that a non-compete agreement must be “no broader than necessary to protect an employer’s legitimate business interests.”Donatelli at 7. The court even suggested that its injunction could be limited to permit employment at H-P, restraining Mr. Donatelli only from participating in matters related to storage products that overlap or compete with those of EMC’s storage division.

That is precisely what the parties agreed to in a settlement reached less than three weeks after the preliminary injunction issued. See Order Modifying Preliminary Injunction, docket entry No. 15 in Donatelli.

While this case demonstrates the continuing vitality of non-compete agreements, such restrictions, even in Massachusetts, may not have the broad sweep advanced in the preliminary injunction. Rather, a non-compete agreement must be narrowly tailored to protect only legitimate business interests. It cannot act as a complete bar to employment, even when a direct competitor is involved.