How Should the PTO Interpret Patent Claims? The Federal Circuit Weighs In, Yet Again 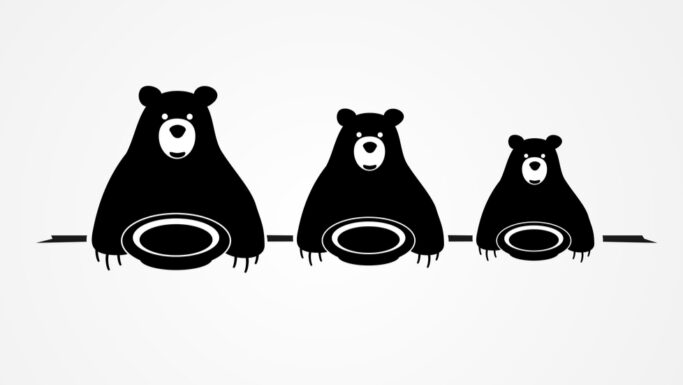 Cuozzo-Speed The claims of a patent determine its power. Unlicensed activities that fall within the scope of a patent’s claims can be subject to royalties or an injunction, but when claims cover subject matter deemed to be within the prior art, the claims can be invalidated.

How a claim is interpreted can often make the difference between whether it is so narrow that it is not infringed, or broad enough to cover a third party’s activity (so as to give the patent owner damages or an injunction or both) or so broad that it covers prior art (so as to be invalid).

For the patent owner, the claims of an ideal patent are a little like the porridge of Goldilocks and the Three Bears. They should be in the middle between too much and too little—but in this case, we are talking about breadth of claims instead of the temperature of porridge. Ideally for the patent owner, the claims are broad enough to cover any product or method that may be used by a competitor, but narrow enough to avoid covering prior art that would invalidate the claims.

The dissimilar impact wrought by these two sets of rules was highlighted in a February 22, 2016 decision by the Federal Circuit Court of Appeals, PPC Broadband, Inc. v. Corning Optical Communications RF, LLC . The case involved appeals from a number of PTO proceedings, called IPRs (Inter Partes Reviews), in which claims of two patents owned by PPC Broadband were attacked by Corning Optical and invalidated on the basis that they covered subject matter in the prior art.

The patents cover a coaxial cable connector. Part of the appeal and the invalidation turned on the interpretation of the words “continuity member” in the claims. The context of the patents required that the continuity member should extend electrical grounding continuity through a post and nut with which it was in contact. The court characterized the decision of the Patent Trial and Appeal Board (“PTAB”)[i] as requiring “‘that the continuity member need only make contact with the coupler/nut and the post to establish an electrical connection there,’ rather than requiring consistent or continuous contact between the coupler/nut and the post as PPC Broadband argued.”

Why the different standard? The Federal Circuit decision explained that, in examining an application to obtain a patent, the PTO uses the “broadest reasonable interpretation” standard as a hedge against granting patents with claims that might be given an overly broad interpretation after the patent has been issued. This approach can be justified since the patent applicant has an opportunity to amend – and narrow – the claims of a patent application before the patent has been issued.

Judge Moore would not be unhappy, one suspects, if the Supreme Court were to reverse Cuozzo. On the other hand, it could also be argued that the “broadest reasonable interpretation” is not a complete statement of the applicable standard, which, stated in full, is “broadest reasonable interpretation consistent with the specification” of the patent. Can it be said that an admittedly incorrect interpretation is “consistent with the specification,” as suggested by Judge Moore? The proposition is at least debatable. Recent Federal Circuit decisions have required adhering to what a person of ordinary skill in the art would understand from reading the specification.[ii] We have recently discussed the evolution of the Federal Circuit’s thinking on the issue of proper claim construction.

In a companion case involving the same parties and decided the same day, the Federal Circuit held that the PTAB’s construction of “reside around” in a patent claim as meaning “in the immediate vicinity of; near,” was unreasonably broad in view of the specification and claims, which required a meaning of “encircle or surround.” This case includes a telling discussion by Judge Moore of the two different standards of claim interpretation. She viewed this as a close case under the “broadest reasonable interpretation” standard, but as a straightforward one under the standard employed by the courts. The implication of her analysis is that, since the PTAB’s interpretation was wrong under either standard, the Supreme Court’s anticipated decision in Cuozzo will have no effect on the decision in this case. Yet the Supreme Court’s decision will most certainly affect the outcome of the first-mentioned PPC Broadband case, for in effect Judge Moore has told us so.

Stay tuned to hear what the Supreme Court has to say about whether the PTO can continue to apply its loose “broadest reasonable interpretation” standard in IPR proceedings.

[i] The PTAB is part of the PTO that handles administrative appeals of patent examinations as well as IPRs and other post-grant proceedings.

[ii]The Board’s construction “cannot be divorced from the specification and the record evidence,” and the claims must be “consistent with the one that those skilled in the art would reach.” Microsoft Corp. v. Proxyconn, Inc., 789 F.3d 1292, 1297-1298 (Fed. Cir. 2015); In re Suitco Surface, Inc., 603 F.3d 1255, 1260 (Fed. Cir. 2010) (“The broadest construction rubric coupled with the term “comprising” does not give the PTO an unfettered license to interpret claims to embrace anything remotely related to the claimed invention….[rather,] claims should always be read in light of the specification and teachings in the underlying patent.”)