How Will the Supreme Court Decide the Aereo Case? 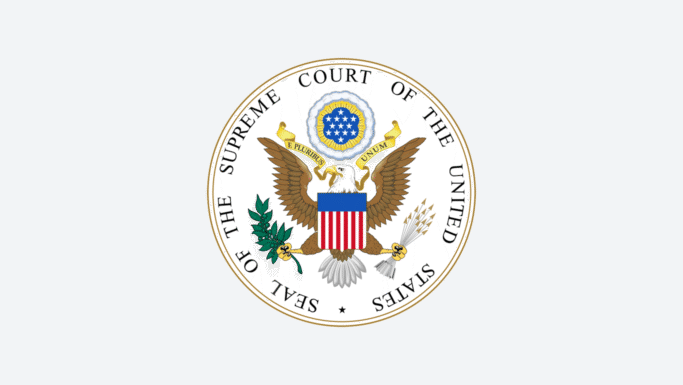 During oral argument last month for American Broadcasting Companies, Inc., et al. v. Aereo, Inc., Justice Scalia asked the attorney representing Aereo, “I mean, you could take HBO, right?” One had to wonder whether the Supreme Court has the time or the inclination to understand enough of the technology at issue to provide a well-reasoned opinion on whether Aereo is complying with copyright law.

The answer to Justice Scalia’s question is indisputably “no.” HBO is a cable channel and is not broadcast over the airwaves, as local television and radio stations are. Aereo’s business is a service that provides its customers with over-the-air broadcasts. Aereo uses arrays of small antennas, and each of its customers is assigned a separate antenna.

In short, Aereo is like a service provider that rents to each of its customers an antenna and a virtual, cloud-based DVR. Indeed, Aereo presents itself as a mere service provider when defending against the accusation of copyright infringement. If an individual set up an antenna and recorded onto a DVR a copyrighted show that was broadcast over the air, and that individual later watched the recorded show, it is well settled that that individual is engaged in a fair use of the copyrighted show and thus does not infringe the copyright in the television show.

In Sony Corp. of America v. Universal City Studios, Inc. (1984), the Supreme Court ruled that recording television shows for the purpose of “time shifting,” that is, watching the show at a later time, is fair use. Although the recording medium in the Betamax case was a video cassette, the logic is widely accepted as completely applicable to the more advanced technology of the DVR.

Aereo’s position is that—by providing individual customers with a separate antenna and separate cloud-based storage for their recorded television programs—it is simply helping the customers do what they are perfectly entitled to do on their own.

More than a dozen television and other media companies disagreed with Aereo’s characterization of its business and brought a copyright infringement action against Aereo in the Southern District of New York. They alleged that Aereo was “publicly performing” their television shows and thus must pay for a license from the plaintiff content providers, just as cable companies do.

The district court found in favor of Aereo, and that decision was upheld by the Second Circuit Court of Appeals.

An important precedent for these lower court decisions was Cartoon Network LP, LLLP v. CSC Holdings, Inc. (2d Cir. 2008). In the Cablevision case, as it is known, the cable company—which had already paid for a license to transmit the Cartoon Network’s television shows to its customers—provided to its customers a remote storage digital video recording service (“RS-DVR”). The Second Circuit in the Cablevision case found that this RS-DVR service was not “public performing” and thus did not infringe the Cartoon Network’s copyright.

This RS-DVR service is similar to the cloud-based storage provided by Aereo, so the Second Circuit relied on its earlier precedent in finding in favor of Aereo.

The questions from the Supreme Court justices during the oral argument in the Aereo case showed that they are trying to determine whether Aereo’s characterization of its business—that it merely helps its customers do what they are entitled to do on their own—was accurate, or whether Aereo was more like a cable company and thus required to pay a license fee to the television stations being picked up by the Aereo antennas.

To their credit, several justices expressed concern that a decision against Aereo could impact the wider (and relatively new) industry of cloud storage.

For example, Justices Ginsburg and Kagan asked questions focusing on how Aereo presents channel selection in a menu format, a format which is also available from most cable companies (as an alternative to simply pushing the “5” button on the remote control to select channel 5). Surely, however, the use of a menu format to select channels does not, by itself, render Aereo a cable company.

A regular television set using an antenna could readily be designed (if it is not already on the market) that would use a menu format to select channels being broadcast over the air. Indeed, my car radio (which does not have Sirius) presents my radio channels in a menu format, and my car radio is receiving only over-the-air broadcast radio signals.

Some important technical differences between Aereo and cable companies are:

None of these technical differences conclusively establishes that Aereo is not “publicly performing” the television shows, but they lend credence to Aereo’s position that it is not doing so. The Supreme Court should rule in favor of Aereo because, in my view, Aereo is in fact merely helping its customers do what they are entitled to do on their own. If that result is considered unfair or too disruptive to the television industry, Congress can amend the copyright law to address the unfairness or the disruption.

However, based on the overall tenor of the justices’ questioning, there is a good chance the Supreme Court will not agree with me. If so, I expect that the Court will attempt to write its decision narrowly, because the Court appears to appreciate that a decision against Aereo has the potential to interrupt progress in a rapidly evolving technical field.

Three decades ago, as the above-mentioned Sony Betamax case was wending its way through the courts, there was a great hue and cry from the entertainment industry.

“But now we are facing a very new and a very troubling assault on our fiscal security, on our very economic life and we are facing it from a thing called the video cassette recorder and its necessary companion called the blank tape. And it is like a great tidal wave just off the shore. This video cassette recorder and the blank tape threaten profoundly the life-sustaining protection, I guess you would call it, on which copyright owners depend, on which film people depend, on which television people depend and it is called copyright. … We are going to bleed and bleed and hemorrhage, unless this Congress at least protects one industry that is able to retrieve a surplus balance of trade and whose total future depends on its protection from the savagery and the ravages of this machine. … I say to you that the VCR is to the American film producer and the American public as the Boston strangler is to the woman home alone.”

Nevertheless, the Supreme Court ruled in favor of Sony and the VCR. And Congress did not amend the copyright act in response to the VCR. The consensus is that the video cassette rejuvenated the movie industry, and Mr. Valenti’s warning reflected the fear of change and an obsession with the status quo that could have throttled technological progress. Perhaps it is unfair to Mr. Valenti to ridicule him for failing to foresee how the VCR would ultimately benefit the movie industry.

We should remember this history when we hear doomsday predictions of how Aereo will damage local television stations or the cable television industry. Research by both Nielsen and the Consumer Electronics Association in the last few years indicates that less than ten percent of U.S. households reported receiving television programming solely through an antenna.

At the same time, there is great concern expressed about the proposed merger of cable company giants Comcast and Time Warner. In deciding the Aereo case, the Supreme Court should not try to predict whether Aereo will be good or bad for the public in the long run. It should base its decision on the law and the facts – and to get the facts right, it needs to understand the Aereo technology.