In Limited Circumstances, the Supreme Court Permits Businesses to Recover Patent Damages for Sales Made Outside the U.S. 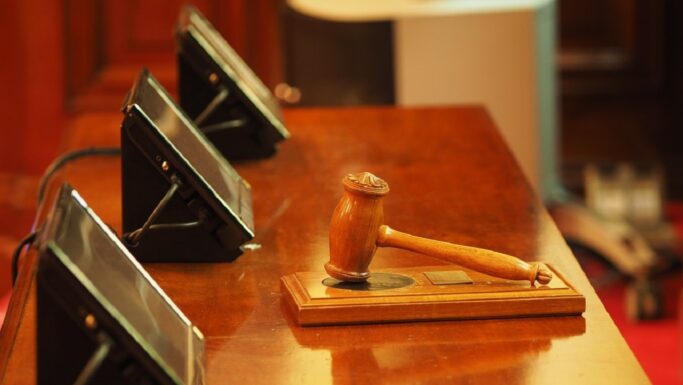 The Supreme Court recently answered the question whether a patent owner can collect damages caused by an infringer’s sales outside the U.S. Federal law typically reaches only conduct within the country, but the justices made an exception for a section of the Patent Act that makes it an act of infringement to supply U.S.-made components of an invention to be combined overseas in an infringing device. The Court held that lost profits are available from foreign sales if the patent owner proves such infringement.

The defendant in WesternGeco LLC v. ION Geophysical Corp. made components of its ocean-surveying products in the U.S. and shipped them abroad where they were assembled into an infringing product. All of ION’s profits from the infringing products arose from sales outside the United States.

The Court was careful to state that its holding was based on the patent statute at issue, 35 U.S.C. § 271(f)(2), which labels as infringing the shipping of components from the U.S. to be combined abroad. This statute was enacted after the 1972 Supreme Court decision in Deep South Packing Co. v. Laitram Corp., in which the defendant was exporting components made in the U.S. for assembly in Brazil of a shrimp deveiner.

The Deep South patentee held so-called combination patents covering certain portions of the fully assembled deveiner, but had no patents covering the components. The Supreme Court held that merchandise protected by a combination patent is “made”– and thus liable to be found infringing–only when it is fully assembled in the U.S. Because assembly of the deveiner occurred outside the U.S., the defendant was not liable for infringement under the statute as it then stood. The Court suggested that only Congress, if it so chose, could close this loophole in the patent statute. Congress accepted this invitation and passed what now has become § 271(f)(2) of the Patent Act.

In the WesternGeco decision, the Court stated the established presumption that federal statutes “apply only within the territorial jurisdiction of the United States.” Under the two-step framework for deciding whether this presumption should be overridden, a court first asks whether the text of the statute provides a “clear indication of an extraterritorial application.” If it does not, the second step asks whether the case involves a domestic application of the statute. Courts make this determination by identifying “the statute’s focus” and asking whether the conduct relevant to that focus occurred in the United States territory. If it did, the case involves a permissible domestic application of the statute.

The Court skipped the first step, concerned that “resolving that question could implicate many other statutes besides the Patent Act.” Under the second step, the Court concluded that the statutory focus of Section 271(f)(2) is domestic. The statute provides that a company shall be liable as an infringer if it supplies certain components of a patented invention in or from the United States with the intent that they be combined outside of the United States in a manner that would infringe the patent if such combination occurred within the United States.

By targeting the domestic act of supplying parts in or from the United States, the statute vindicates domestic interests. Correspondingly, awarding damages to WesternGeco for extraterritorial lost profits was a permissible domestic application of the patent damages statute.

As Justice Alito noted in oral argument, since Congress passed a law that makes it infringement to perform some actions outside the U.S., “why does [it] make any sense whatsoever” to prohibit patent owners from receiving a remedy tied to that infringement?

The dissenters worried that permitting damages of this sort would effectively allow U.S. patents owners to extend their monopolies to foreign markets, which would in turn invite other countries to use their own patent laws and courts to assert control over our economy. The majority said that the dissent confused legal injury with the damages arising from that injury and failed to take into account the explicit extraterritorial reach of § 271(f)(2).

Section 271(f)(1) of the Patent Act parallels § 271(f)(2). The former addresses the situation where “a substantial portion of the components of patented invention” are supplied in or from the United States “in such a manner as to actively induce the combination of such components outside of the United States.” Under WesternGeco, § 271(f)(1) would also permit the recovery of foreign profits when the specific provisions of that statute are met. There is no other statute that provides that activity in a foreign country would constitute infringement of a U.S. patent. Thus, the scope of WesternGeco would seem to be limited to these two statutory provisions.

There is much debate as to whether WesternGeco opens up the possibility for recovering damages for infringement in foreign countries under circumstances which do not fall squarely within the statutory provisions. Given the reasoning of the decision, its reliance on the express wording of § 271(f)(2), the rarity of other statutes that allow a finding of infringement for acts which occur outside the United States, and the presumption that federal statutes apply only within the territory of the United States, it is unlikely that other forms of extraterritorial activity will occasion an award of infringement damages in the US.

Whether or not this holding is expanded to other portions of the Patent Act, it can be seen as a win for inventors and patent owners. The decision could also affect the nation’s ongoing trade negotiations with other countries, particularly China, which has the largest share of the manufacturing and assembly market in all industries. Given the limited circumstances under which patent damages can be recovered for foreign activity, it seems unlikely, as predicted by the dissent, that the decision will allow patent damages to run “to the ends of the earth” or serve as a springboard for other countries to return the favor. However, all of this remains to be seen.