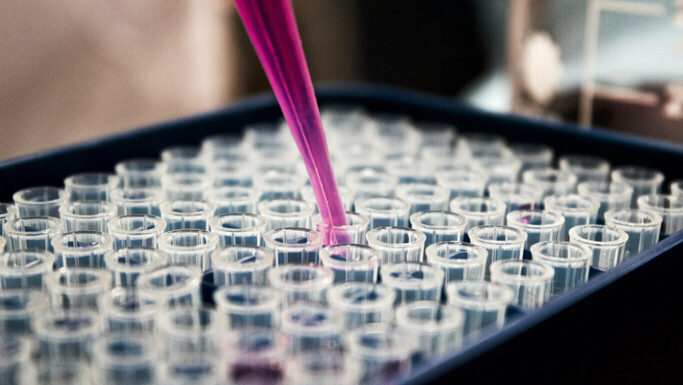 Although these pages have frequently discussed recent Federal Circuit decisions concerning the eligibility of software inventions for patenting, there is less to discuss concerning the eligibility of biotechnology and pharmaceutical inventions for patenting, because there have been fewer Federal Circuit decisions in this area. Nevertheless, the first decision to trigger a new round of concern about patent eligibility was the Supreme Court’s 2012 decision in Mayo v. Prometheus, concerning a diagnostic relating to dosage of a pharmaceutical, which, in turn, paved the way for the equally important decision, in 2014, relating to computer software, Alice v. CLS Bank.

Together, in patent prosecution, these two decisions have created similar barriers to obtaining patents in their respective fields of bio-pharmaceutical and computer-related inventions. In this article we show how recent decisions of the Federal Circuit concerning patent eligibility of computer-related inventions also portend parallel grounds for asserting patent eligibility of bio-pharmaceutical inventions.

We begin our discussion by first explaining the barriers created by the Supreme Court in Mayo and Alice. What we might well call the “Mayo-Alice” dogma provides the rationale for the barriers:

Under step 1: First, we determine whether the claims at issue are directed to a patent-ineligible concept.

Under step 2: If so, in a search for an “inventive concept”, “we consider the elements of each claim both individually and ‘as an ordered combination’ to determine whether the additional elements ‘transform the nature of the claim’ into a patent-eligible application.”

Although this two-step procedure is hopelessly subjective, it is prescribed by the Supreme Court in both Mayo and Alice. Decisions of the Federal Circuit in the wake of those decisions have done some good in clarifying the Mayo-Alice rule, including two biopharmaceutical decisions that have interpreted step one of the Mayo-Alice rule.

In Rapid Litigation Management Ltd. v. CellzDirect, Inc., discussed here, the technology involved a method of providing hepatocytes having greater viability after freezing. The court held that the technology was patent eligible and not directed to a natural law. The court held that the patent claims were not directed simply to the ability of hepatocytes to survive multiple freeze-thaw cycles (which would be a natural law), but instead are directed to “a new and useful technique for preserving hepatocytes.”

The court explained that “[t]he inventors certainly discovered the cells’ ability to survive multiple freeze-thaw cycles, but that is not where they stopped.” The claims are directed to a method of producing a desired preparation of multi-cryopreserved hepatocytes. In this case, claim drafting played an important role, for the court found that the inventors “employed their natural discovery to create a new and improved way of preserving hepatocyte cells for later use.”

The decision in CellzDirect has something in common with the Federal Circuit’s decision in Enfish v. Microsoft (discussed here), a computer software case, because both decisions found the claimed subject matter to be patent eligible, and the finding of eligibility occurred in step 1 of the Mayo-Alice rule. In each case, the language of the claims was specific enough to avoid a finding that the subject matter was “directed to” ineligible subject matter.

Ironically, the Supreme Court in Mayo argues that its decision is a backstop against merely clever claim drafting. In referencing its prior decisions, the Court admonishes:

Those cases warn us against interpreting patent statutes in ways that make patent eligibility “depend simply on the draftsman’s art” without reference to the “principles underlying the prohibition against patents for [natural laws].”

Nevertheless, claim drafting may well make a difference in dealing with step 1 of the Mayo-Alice rule. As an example, let us consider one of the most famous (or infamous) of Federal Circuit decisions involving biotechnology, Ariosa Diagnostics, Inc. v. Sequenom, Inc. The inventors in this case discovered cell-free fetal DNA (“cffDNA”) in blood of the mother. The inventors developed ways of using this fetal DNA obtained from blood of the mother to gain diagnostic information about the fetus. In characterizing the invention in this case, the inventors included the following language in the patent (reproduced by the Federal Circuit in its decision): “we have demonstrated the feasibility of performing non-invasive foetal RhD genotyping from maternal plasma. . . . These observations indicate that maternal plasma/serum DNA may be a useful source of material for the non-invasive prenatal diagnosis of certain genetic disorders.”

The wording of the patent’s claims of this case, however, tells a different story. The preamble of a patent claim describes to the reader the general nature of the inventive turf that will be covered by the body of the claim. In this case, the preamble of claim 1 reads as follows: “A method for detecting a paternally inherited nucleic acid of fetal origin performed on a maternal serum or plasma sample from a pregnant female, which method comprises. . . .”[i]

In this author’s opinion, the preamble creates a problem by revealing too much of the solution that is disclosed in the body of the claim. The Federal Circuit in Sequenom explained that “the claimed method begins and ends with a naturally occurring phenomenon.” The court further explained its position:

In this passage the Federal Circuit did not give weight to the patent holder’s argument that the invention is based on the discovery that fetal DNA can be obtained from the mother’s blood, because, according to the court, the claims did not highlight this discovery. In evaluating the coverage of a patent, the court must evaluate the claims of the patent as they are written, and the claims as written, in the view of the Federal Circuit, failed to highlight this discovery.

If the claims had been worded differently, might the outcome have been different? What if the preamble of the claim in Sequenom were worded in this way?

Accordingly, it could be argued, along the lines of CellzDirect, that the naturally occurring phenomenon was harnessed by the inventors to provide a new method of non-invasive fetal diagnosis, and that therefore the claimed subject matter is not “directed to” a natural phenomenon.

A more recent Federal Circuit decision in the biopharmaceutical space, also concerning step 1 of the Mayo-Alice rule, supports the view that the wording in the preamble can affect patent eligibility. In Vanda Pharmaceuticals Inc. v. West-Ward Pharmaceuticals Int’l Ltd., decided April 13, 2018, the claims concerned a method of treating schizophrenia patients with a drug (iloperidone) using a dosage range that depends on the patient’s genotype. If the patient is determined to be genetically disposed to be a poor metabolizer of the drug (a CYP2D6 poor metabolizer), then the patient is given a lower dosage range than a patient determined to be a normal metablolizer of the drug. The representative claim 1 has a preamble that recites “a method for treating a patient with iloperidone, wherein the patient is suffering from schizophrenia, the method comprising. . . .”

The recited steps in the body of the claim include determining whether the patient is a CYP2D6 poor metabolizer, and, if so, then administering a dosage in a first range of 12 mg/day or less, and, if not, then administering a dosage in a second range of greater than 12 mg/day, up to 24 mg/day. The lower dosage range for a CYP2D6 poor metabolizer is to address a risk of heart trouble (QTc prolongation) experienced by such a patient.

The Federal Circuit, in a two-to-one decision, found these claims to be patent eligible, because claim 1 recites “a method for treating a patient with iloperidone, wherein the patient is suffering from schizophrenia,” and, in connection with this method, requires specific steps of determining the patient’s metabolizer CYP2D6 genotype and administering specific dosage ranges of the drug depending on the CYP2D6 genotype.

First, the claims in Mayo were not directed to a novel method of treating a disease. Instead, the claims were directed to a diagnostic method based on the “relationships between concentrations of certain metabolites in the blood and the likelihood that a dosage of a thiopurine drug will prove ineffective or cause harm.” This “relation is a consequence of the ways in which thiopurine compounds are metabolized by the body—entirely natural processes.

According to the majority in Vanda Pharmaceuticals, the claim in Mayo did not go beyond recognizing (i.e., “indicates”) a need to increase or decrease a dose. In Mayo, “a doctor . . . could violate the patent even if he did not actually alter his treatment decision in the light of the test.” Id. The claim was not a treatment claim.

Chief Judge Prost dissented. For her the different language of the preamble compared to that of Mayo makes no difference: the claim, like the claim in Mayo, “also sets forth a natural relationship—namely, the relationship between the CYP2D6 genotype and the likelihood that a dosage of iloperidone will cause QTc prolongation.” She thinks that because the language of the claim in Mayo did not make a difference to eligibility, it should not make a difference here: “reciting specific metes and bounds in the claims did not prevent the Supreme Court from concluding those claims set forth a natural law in Mayo. We are not free to depart from the Supreme Court’s holding.”

In this author’s view, the Alice and Mayo decisions do not provide a blanket license to ignore the language of the claims, and the majority decided the case correctly based on the language of the claim. Accordingly, Vanda Pharmaceuticalsunderscores the importance of claim drafting in the patent eligibility analysis. However, the dissenting opinion shows that the Mayo and Alice decisions continue to provide powerful grounds for patent invalidation.

At step two, we consider the elements of each claim both individually and as an ordered combination to determine whether the additional elements transform the nature of the claim into a patent eligible application. . . .The second step of the Alice test is satisfied when the claim limitations involve more than performance of “well-understood, routine, [and] conventional activities previously known to the industry.”

Additionally, Berkheimer holds that this determination is a question of fact:

The question of whether a claim element or combination of elements is well-understood, routine and conventional to a skilled artisan in the relevant field is a question of fact. Any fact, such as this one, that is pertinent to the invalidity conclusion must be proven [at trial in an infringement case] by clear and convincing evidence.

Shortly after Berkheimer, the Federal Circuit decided Aatrix Software, Inc. v. Green Shades Software, Inc., which followed the principles of the earlier case. Although Berkheimer and Aatrix involved the Federal Circuit’s review of district court patent infringement proceedings, the logic of these cases suggests that a question of fact is similarly involved when a patent examiner, in prosecution of a patent application in the Patent and Trademark Office, determines whether claimed subject matter involves more than performance of “well-understood, routine, [and] conventional activities previously known to the industry.”

Indeed, if in finding a claim to be ineligible for a patent, an examiner asserts that the claimed subject matter does not involve more than performance of “well-understood, routine, [and] conventional activities previously known to the industry,” then this determination of fact can be addressed in prosecution of the patent application. The patent applicant can file a declaration establishing that the claimed subject matter is not well-understood, routine, or conventional.

In addition to or as an alternative to providing a declaration, similar information can be provided in the patent application itself. The point is that, one way or another, a record should be created in prosecution of the application to establish that the claimed subject matter is not routine, conventional, or well-understood. That record might well make a difference.

[ii] The full claim might read as follows:
1. A non-invasive method of performing prenatal diagnosis of a genetic trait in a fetus, the method comprising: obtaining a sample derived from blood of a female pregnant with the fetus; and using amplification to detect the presence of a paternally inherited nucleic acid of fetal origin in the sample.