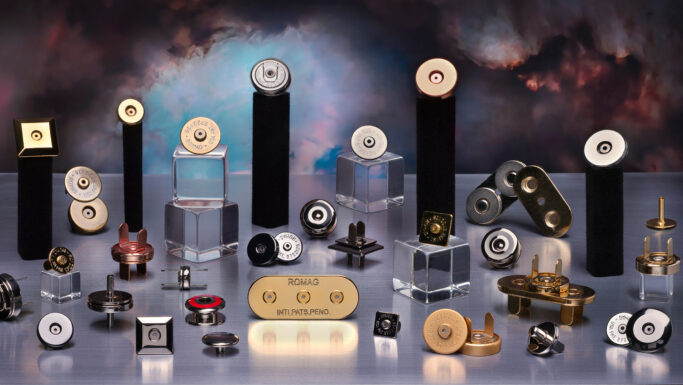 In U.S. trademark litigation, the focus is typically on injunctive relief: The plaintiff wants the defendant to cease use of the infringing mark before the plaintiff’s reputation is harmed or the strength of the mark is damaged, and fast.

An award of damages, while often requested, is usually not expected because of difficulties of proof. It is hard to prove damages in most trademark disputes unless, for example, the case involves two direct competitors and clear evidence of lost sales resulting from infringement. Obtaining a monetary award based on ill-gotten profits of the defendant can be even more difficult, particularly in jurisdictions where proof of willful infringement was required for such an award.

Lower courts had been split – for many years – over how important a showing of willful infringement was to deciding whether or not to award damages for infringer’s profits. They disagreed on how to interpret the Lanham Act and particularly its reference to “principles of equity.” The Second Circuit Court of Appeals and several other courts had held that a showing of willful infringement was required to award such profits.

Other courts had held that it was merely one important factor to consider when deciding the issue. While there is no universally embraced definition of “willfulness,” proving it turns on showing the accused infringer’s mental state, that is, that the accused infringer knew or should have known that it should not have been acting that way.

The U.S. Supreme Court’s April 23 decision in Romag Fasteners, Inc. v. Fossil Group, Inc. resolved that split of authority, holding that proving willfulness is not a prerequisite to an award based on the infringer’s profits. The decision will not completely shift the landscape on trademark remedies, but it will likely make recovering an award based on defendant’s profits a bit easier.

The Supreme Court confirmed that courts should, subject to the statutory language of the Lanham Act and the “principles of equity” to which it refers, award a remedy based on the defendant’s profits in appropriate cases even without a finding of willful infringement. The Supreme Court leaves willful infringement a factor that should be considered, but not a requirement.

In some cases, this will be extremely significant (perhaps even warranting a trip to the Supreme Court), as the damages incurred by a smaller company on items of relatively low value (e.g., magnetic snap fasteners) can be much lower than the profits obtained by a larger accused infringer for more expensive products (high end pocketbooks and bags), as was true for Romag.

Indeed, in the district court, Romag was awarded $54,425.65 for patent infringement claims, and $2,391,616.04 in attorneys' fees and costs, but was refused a roughly $6.8 million award of Fossil’s profits. The difference between the amount awarded and the amount of plaintiff’s alleged ill-gotten profits puts a clear point on the issue.

The jury found that, although Fossil had acted with “callous disregard” of Romag’s rights, Romag had not “proved by a preponderance of the evidence that Defendants’ trademark infringement was willful.” The jury’s findings were based on evidence submitted at trial relating to the relationship between Romag and Fossil, and the activities of Fossil’s authorized manufacturer in China.

Specifically, in 2002 Fossil entered into agreement with Romag regarding the use of Romag’s patented magnetic snap fasteners. Fossil’s Chinese manufacturer, Superior Leather Limited, purchased tens of thousands of fasteners from Romag in the years from 2002 to 2008, but only a few thousand in 2008 through 2010. Romag later learned that Superior Leather was not using Romag fasteners but instead was using counterfeit fasteners bearing the ROMAG trademark. When and how Romag learned this became one of many contested matters.

Romag sued Fossil as well as retailers selling Fossil products, including Dillard’s, Nordstrom, Zappos, Macy’s, and others, for patent and trademark infringement in federal district court in Connecticut in 2010. Romag sought a temporary restraining order just three days before Black Friday, the big shopping day after Thanksgiving, which Fossil argued was targeted to create an unduly prejudicial impact on its business. On Nov. 30, 2010, district court granted the TRO, which was later converted into preliminary injunction.

After trial, the jury awarded Romag a multi-million dollar recovery based on Fossil’s profits, but the trial judge struck the award because Second Circuit law (which applies to federal suits in Connecticut) requires a finding of willfulness for the awarding of an infringer’s profits.

Romag appealed to the Court of Appeals of the Federal Circuit, which agreed that Second Circuit law precluded an award of damages in the absence of a willfulness finding.

The Supreme Court’s decision focuses on statutory interpretation. The Court analyzed Section 1117 of the Lanham Act, which provides:

The Supreme Court explains that §1117(a) makes a showing of willfulness a precondition to a profits award in a suit under §1125(c) for trademark dilution, but stresses that trademark infringement cases under §1125(a) never required such a showing. Further, the opinion notes, the Lanham Act frequently mentions mental states in several of its provisions. The absence of such a precondition in §1125(a) "seems all the more telling" that Congress was not asking the courts to infer such a requirement. As the Federal Circuit put it, Congress does not “hide elephants in mouse holes.”

While the decision regarding statutory construction hardly seems surprising, particularly given the current constitution of the Supreme Court, it raises some important policy concerns, including that raised by Fossil regarding “windfall rewards” to trademark owners when an infringer's profits are far higher than any actual damages experienced by the plaintiff.

Justice Sotomayor, concurring in the judgment, emphasizes a point regarding mens rea (a reference to mental state) in addressing these policy concerns. She declares that awards of infinger’s profits should not be permitted in cases of innocent or good faith infringement. Because the majority’s decision did not clearly state that an award of infringer’s profits would not be acceptable in cases of “innocent” infringement, she concurs “in the judgment only.”

How the case will turn out on remand is unclear, as there are facts that muddy the waters with respect to Romag’s own conduct and how this might impact the equities of the situation, for example, in relation to the TRO requested by Romag. The Federal Circuit[1] observed: “Notably, in deciding whether to impose sanctions on Romag and its counsel, the district court found that Romag engaged in a pattern of misleading filings and that a declaration filed in support of TRO was ‘misleading in several respects.’” In any event, Romag now has another shot at a larger damages award.

Whether trademark owners will be influenced and rush to file more lawsuits now that willfulness is clearly not a requirement for an award of plaintiff’s profits, remains to be seen. Since proving sufficient facts to warrant such an award will still be difficult, that outcome seems unlikely.

[1] For civil procedure buffs and those reading carefully, you may wonder about the references to both the Second Circuit and the Federal Circuit Courts of Appeal. The question of trademark damages was analyzed by the district court in Connecticut under Second Circuit precedent. The district court’s judgment was appealed to the Federal Circuit due to the patent issues arising in the case.