Or Forever Hold Your Peace: Supreme Court Ruling Will Spur Early Efforts to Sway PTAB as to Timeliness of IPR Petitions 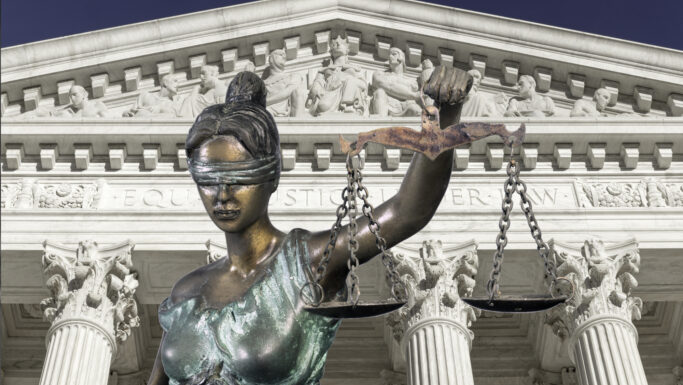 The Supreme Court of the United States has recently decided that the discretion of the Patent Trial and Appeal Board (“Board” or “PTAB”) to institute an inter partes review (“IPR”), despite challenges to its timeliness, cannot be reviewed on appeal. The ruling is likely to intensify early efforts by parties to influence the Board’s IPR institution decisions.

To challenge a patent’s validity in an IPR, a party must file a petition requesting that the IPR be instituted. If the same patent is the subject of an infringement lawsuit, the statute, 35 U.S.C. § 315, puts restrictions on the IPR petition. In particular, Section 315(b) bars institution of an IPR if the IPR petition is filed more than one year after the infringement complaint is served on that party.

A related statute, 35 U.S.C. § 314(b), gives the Director of the U.S. Patent and Trademark Office the discretion to determine, based on an IPR petition, whether to institute the IPR. Section 314(d) states that such determination by the Director is final and nonappealable.

In Thryv, Inc. v. Click-to-Call Technologies, LP, the Supreme Court of the United States considered whether § 314(d) precludes appeals from the Board’s time-bar decisions under § 315(b).

Thryv had filed an IPR petition challenging the validity of claims in Click-to Call’s patent. Click-to-Call argued that the infringement lawsuit it filed years earlier, against a company that later merged into Thryv, time-barred the institution of the IPR under § 315(b). Since the earlier lawsuit was dismissed without prejudice, the Board disagreed and instituted the IPR, which concluded in a final decision cancelling claims of the Click-to-Call patent.

Click-to Call appealed to the Federal Circuit, which overturned the Board’s time-bar decision. The court concluded that, even though the earlier lawsuit was dismissed without prejudice, it still triggered the one-year time bar under § 315(b).

The Supreme Court has now overturned that decision, concluding that, under § 314(d), the Federal Circuit did not have the authority to hear the appeal and judicially review the Board’s time-bar decision.

It all came down to reading the statute. Section 314(d) renders “final and nonappealable” the “determination by the Director whether to institute an inter partes review.” This means that a party generally cannot contend, on appeal, that the Board should have refused to institute an IPR.

The Supreme Court noted that this conclusion is consistent with its own precedent. In Cuozzo Speed Technologies, LLC v. Lee (2016), the Board’s decision that an IPR petition met the petition requirements under 35 U.S.C. § 312 was held not appealable. According to the Court, § 314(d) barred judicial review of matters “closely tied to the application and interpretation of statutes related to the Patent Office’s decision to initiate inter partes review.”

Following Cuozzo, the Court determined that § 315(b) is also “closely tied” to the Board’s decision to institute an IPR, since that section’s time limitation sets forth a circumstance in which the IPR may not be instituted. The Court reasoned that “315(b)’s time limitation is integral to, indeed a condition of, institution.” Accordingly, the Court concluded that § 314(d) barred judicial review of the Board’s § 315(b) decisions, such as the decision against Click-to-Call’s time-bar challenge.

Much of the Court’s decision relied on policy considerations. Allowing § 315(b) appeals, reasoned the Court, would undermine Congress’s objectives in enacting inter partes review. Congress, concerned about the threat to competition from over-patenting, enacted inter partes review to “weed out bad patents effi­ciently.”

The Court explained that § 315(b) appeals, contrarily, undo merit-based decisions invalidating bad patents, and do so based on a technical ground (timeliness) unrelated to the patent’s validity. Such appeals leave patents found to be invalid enforceable, thereby wasting the resources that the Board spent on its merit decisions.

The Court deduced that §315(b) appeals, in fact, primarily operate to save bad patents, since a party generally uses a §315(b) appeal to evade an invalidity ruling decided on the merits. The fact that Click-to-Call appealed only from the Board’s time-bar decision, not the invalidation of its patent claims, supports this point.

Since parties have the right to appeal patent invalidity decisions on patentability grounds, §315(b) appeals are not necessary to protect claims from wrongful invalidation.

Barring §315(b) appeals is consistent with Congress’s prioritization of resolving patentability over compliance with timeliness requirements. The Court cited support for such prioritization in IPR statutes. First, under §311(a), an original petitioner’s failure to satisfy §315(b) does not prevent inter partes review of a patent, since an IPR of the patent can still be instituted based on another petitioner’s request.

Second, under §315(c), such failure does not prevent the original petitioner’s participation in the IPR, since he can be joined to that IPR. Third, under §317(a), once an IPR is instituted, the Board may issue a fi­nal decision even if no petitioner remains involved in the IPR.

Congress’s purpose in enacting § 315, as noted by the Court, was to minimize burdensome overlap between IPRs and patent infringement lawsuits. Judicial review of a § 315(b) decision may be in conflict with this purpose. For example, if after completion of an IPR proceeding that invalidates a patent, an appeal overturns the Board’s decision on grounds of timeliness under § 315(b), the validity of the patent would then need to be relitigated in the patent infringement lawsuit.

In a strong dissent, Justice Gorsuch lamented that the Court’s decision “carries us another step down the road of ced­ing core judicial powers to agency officials and leaving the disposition of private rights and liberties to bureaucratic mercy.”

If the IPR is instituted, and a final decision issued, a disagreeing party should focus its appeal on the patentability issues deliberated in the IPR proceeding, rather than the threshold decision to institute the proceeding.