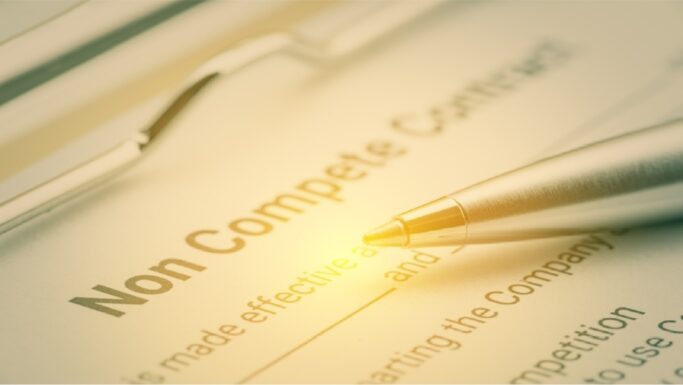 California has long led the nation in its disdain for noncompetition agreements. Pressed by venture capitalists who believe that this gives California an advantage over other states, the Massachusetts legislature has finally adopted a statute that curtails, but does not eliminate, noncompetition agreements. It applies whether the person bound by it is an employee or a consultant.

The recently enacted statute contains no grandfather provision that would allow existing noncompetition agreements to remain effective. Thus, it is time to dust off old agreements to see whether they are still valid and, if not, to determine whether it is possible to amend them to make them enforceable.

Under the new statute, a noncompetition agreement generally must not have a term that exceeds one year and must be supported by continuing consideration such as “garden leave” pay that provides at least 50% of the annualized base salary of the former employee or consultant during the last two years of employment. The “garden leave” clause allows for “other mutually-agreed upon consideration … specified in the non-competition agreement.” It is not clear whether non-monetary consideration, such as accelerated vesting of a stock option, might be sufficient.

An employee or consultant who is terminated because of a breach of fiduciary duty or because he/she has unlawfully taken the employer’s physical or electronic property may be subjected to a second year of noncompetition obligation, and that second year need not be supported by garden leave or other consideration.

A noncompetition agreement will not be enforceable if:

No provision in the noncompetition agreement choosing the law of another state will be effective if the employee has been a resident of or employed in Massachusetts for at least 30 days immediately preceding his or her termination of employment.

A lawsuit to enforce a noncompetition agreement must be brought either in the county where the employee or consultant resides, or if agreed to by the parties, in the business litigation session of the Suffolk Superior Court.

The new statute draws a distinction between “forfeiture agreements” and “noncompetition forfeiture agreements.” The latter triggers a forfeiture because of competing activity and is subject to the restrictions applicable to noncompetition agreements; the former triggers forfeiture for other reasons and is not regulated by the new statute. Thus, a stock option grant that contains a forfeiture provision applicable to a departed employee who divulges the former employee’s trade secret information remains enforceable, while a similar provision that is triggered by competitive activity is not.

The provision requiring “garden leave” or other agreed consideration is likely to trip up employers. While it is common to provide severance pay to employees who are subject to non-competes, it is also common for the periods of severance and noncompetition to be different.

Thus, if an existing employment agreement provided for six months of severance pay at 100% of base pay and twelve months of non-competition, the clause would probably not pass muster even though the employee would receive all the money required under the garden leave provision. While the total amount would be correct, the payments would not be made “during the entirety of the restricted period,” as required by the statute.

The employer in such a case might contend that the severance was “mutually-agreed upon consideration.” The success of this argument might depend upon the extent to which the link between the severance pay and the noncompete clause was made clear in the employment agreement. If these two provisions appear to be independent and unrelated, the noncompete might be invalid for want of a garden leave provision. Even if the provisions are tightly linked, failure to have complied with other formalities (10 days’ notice, advising the employee that he/she can consult with an attorney) might nonetheless render the noncompete unenforceable.

In summary, it is time to revisit standard employment agreements for Massachusetts employees. Noncompetition agreements with hourly wage or other lower-level employees (“nonexempt” under the FLSA), or agreements that don’t have adequate garden leave provisions or comply with other formalities, will be unenforceable.