The Supreme Court Changes the Rules for IPRs: The Implications for Partial Denials, Indefinite Claims and Redundant Grounds 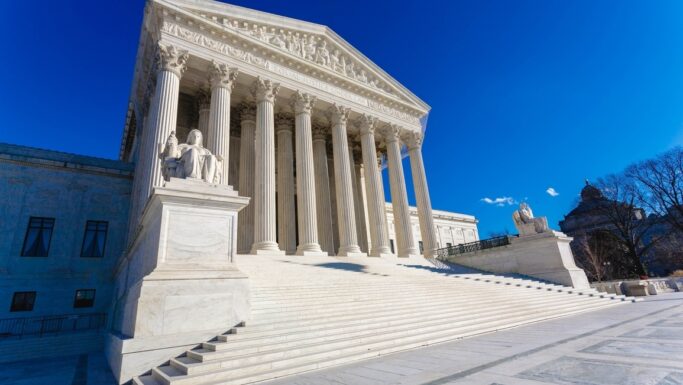 Last week’s Supreme Court decision in SAS Institute Inc. v. Iancu is a game-changer, rewriting the procedures applicable to an inter partes review (“IPR”) before the Patent Trial and Appeal Board (“PTAB”). Let’s take a brief look at the decision and then explore its implications. In a nutshell, the Supreme Court’s holding requires the PTAB to institute an IPR against all challenged claims or, otherwise, to deny institution. The PTAB now has an all-or-nothing choice to make in response to a petition requesting an IPR.

The Supreme Court’s decision is based entirely on statutory analysis. The statute gives the Director of the USPTO (who has delegated that responsibility to the PTAB) the authority to “determine whether to institute an inter partes review” §314(b). The five-justice majority agreed with Justice Gorsuch’s conclusion that the discretion is with respect to whether to institute, not which claims that review will encompass.

The dissenting justices sided with the government’s reading of the statute, which allows institution of an IPR on fewer than all the challenged claims. The dissenters find the statute ambiguous as to whether all claims need to be addressed in the final written decision and so would apply deference to the administrative agency’s interpretation in accordance with Chevron U.S.A. Inc. v. Natural Resources Defense Council, Inc., 467 U.S. 837, 842-843 (1984).

As a result of the 5-4 decision, all claims challenged in a petition must be addressed in the PTAB’s final written decision for any IPR that is instituted. As a result, all of the challenges raised in the petition will be subject to appellate review. Now that the PTAB will be instituting on claim challenges it previously excluded from an IPR, strategies will undergo dramatic changes for all concerned.

Petitioners Should Take Care in Challenging All Claims

Under prior practice, the PTAB was free to institute challenges to some claims, while excluding challenges to other of the patent claims from the instituted IPR trial proceeding. Because institution decisions are not appealable, such a partial denial was depriving petitioners of an opportunity to dispute partial denials on appeal to a court of law. On the other hand, challenges denied institution were not subject to an estoppel and the petitioner could try them again in a litigation in district court.

Now that the PTAB no longer has the authority to exclude some of the challenges to a patent’s claims from an IPR trial proceeding, petitioners should take great care before challenging all claims, especially those for which it has yet to uncover adequate prior art. A couple of problems may now arise from an inadequate challenge as to one or more claims:

I propose that the PTAB essentially continue to issue partial denials. The proposal is to eliminate non-meritorious challenges from the proceeding while nevertheless including its decision rejecting those challenges in the final written decision.

There seems to be little reason to burden the parties with briefing, discovery and argument over challenges that have no chance of success. The petition is all the information the PTAB needs to issue a reasoned decision pointing out the insufficiencies of a ground that has been raised. The PTAB will need to be more careful about issuing such a partial denial, since it will now be reviewable on appeal. But if the ground is frivolous or otherwise deficient, there should be no need to waste briefing space and argument time on a foregone conclusion.

PTAB rules already provide for requests for rehearing and supplemental information shortly after the institution decision is issued. So the PTAB should be able to afford petitioner due process to demonstrate a reasonable likelihood of prevailing on each ground, even those that are excluded from the trial. These partial denials, if implemented, would be procedurally similar to summary judgments, in which courts prevent an issue from going to trial.

It has become commonplace for the PTAB to respond to an IPR petition by instituting on all meritorious challenges except as to those claims found to be indefinite. In carrying out its responsibility to determine whether a challenge establishes anticipation or obviousness of a claim, the PTAB first construes the claim scope. Rather than struggle with defining a scope for indefinite claim language, the PTAB has been excluding challenges of indefinite claims. This has been particularly true for means-plus-function claim elements for which no corresponding structure has been identified or could be found in the patent specification.

This is nothing new for the USPTO. Patent examiners regularly reject claims in patent applications for indefiniteness and anticipation or obviousness. The PTAB can be similarly expected to accept prior art challenges, as it applies a broadest reasonable construction to indefinite claims.

Whereas indefinite claims were previously relatively immune to an IPR attack, now because of their vagueness and the expected breadth of interpretation, these claims are more likely to fall to a challenge on the basis of prior art. Before challenging indefinite claims, petitioner should evaluate the likelihood of the patent owner being able to amend its claims in the IPR.

The ability to amend claims is loosening up somewhat in the PTAB, so such amendments may eventually become a genuine concern for petitioners. Of course, patent owners may seek amended claims in a continuation or reissue application so the availability of amendment in the IPR proceeding may not be much of an added benefit for patent owners after all. Therefore, we expect petitioners to welcome the new opportunity to cancel indefinite claims through IPR.

To streamline the IPR process, the PTAB has been refusing to consider multiple attacks on a patent claim if the attacks seem duplicative. The PTAB refusal to include redundant grounds in an IPR proceeding has raised a major problem for patent owners. Even when a patent owner defeats the challenge that got instituted, courts have indicated that petitioner can raise the non-instituted redundant ground to challenge validity in court. Thus, petitioners were filing redundant grounds to protect the ability to bring such an invalidity challenge in court, should the IPR fail.

While SAS Institute does not specifically require that redundant grounds be considered, the general tenor of the majority opinion is that the PTAB could decide whether or not to institute rather than decide which challenges in the petition to consider during an IPR trial. The PTAB agrees in its recent guidance that when an IPR is instituted, it will include all grounds raised in the petition, without excluding redundant challenges. This will be helpful to patent owners who are successful at trial, by estopping a later court challenge based on the grounds raised in the petition.

Petitioners might consider filing multiple petitions as a way around the new SAS Institute procedures. Petitioners can place redundant grounds in separate petitions. While failure to institute a petition might have the useful effect of avoiding an estoppel effect on those denied grounds, the danger to petitioners is that the PTAB might very well institute the weaker petition instead of the stronger petition.

The PTAB is fully empowered to allow one petition and deny others as redundant or as too much of a burden. Thus, after SAS Institute, petitioners are well advised to concentrate their efforts on filing petitions that contain strong grounds against any claim being challenged. Weaker challenges ought to be strengthened or deleted from a petition to minimize the probability of denial of the petition or estoppel as to the challenge.