A Covenant Not to Sue Can Disable a Competitor’s Trademark Cancellation Action–But at What Cost? 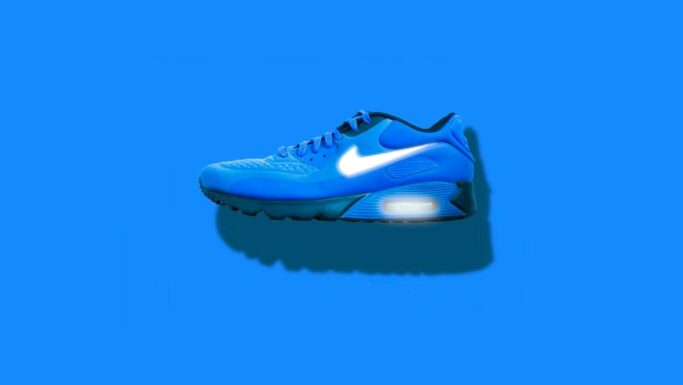 A company’s covenant not to sue for infringement of a trademark, if broad enough, can deprive a court of jurisdiction to consider a competitor’s counterclaim seeking the cancellation of the asserted mark. So held the U.S. Supreme Court in Already, LLC v. Nike Inc. which addressed Nike’s allegation of infringement against a much smaller company.

Nike had already forced many small makers of similar shoes to drop their designs, but Already showed some fight. It counterclaimed against Nike, seeking to cancel Nike’s trade dress registration covering the design aspects of the Air Force 1 shoe.

Soon, Nike voluntarily gave Already a broadly worded covenant not to sue it for infringing the Air Force 1 trademark. A federal trial court concluded that it could no longer consider Already’s bid to invalidate the registration because, once the covenant was granted, there was no longer a case or controversy, so the Court lacked subject matter jurisdiction. Article III of the Constitution grants to the judicial branch the authority to adjudicate “cases” and “controversies.”

Nike’s covenant not to sue stated that “Already’s actions… no longer infringe or dilute the Nike trademark at a level sufficient to warrant the substantial time and expense of continued litigation.” Nike further promised not to raise against Already any trademark or unfair competition claim based on any of Already’s existing footwear designs, or any future design that constituted a “colorable imitation” of Already’s current products.

Nike argued that its covenant not to sue and its motion to dismiss its own claim with prejudice deprived the court of jurisdiction to consider the cancellation counterclaim because no case or controversy remained. Over Already’s objection, the trial court judge agreed with Nike and dismissed the counterclaim, stating that because Already sought “to invoke the Court’s declaratory judgment jurisdiction, it [bore] the burden of demonstrating that the court has subject matter jurisdiction over its counterclaim.” The court of appeals agreed, and Already appealed to the Supreme Court.

Several amicus briefs were filed. Those taking Already’s side view Nike as a large manufacturer intimidating its smaller competitors, disrupting their distribution channels with the threat of litigation based upon a possibly invalid trademark, then backing away once the damage had been done, preserving for a later day the possibility of asserting the trademark against someone else.

The Supreme Court was sensitive to this concern and was critical of the courts below for imposing on Already the burden of establishing that proper jurisdiction existed after the issuance of the covenant not to sue. Relying on what it called the “voluntary cessation doctrine,” the court held that Nike, not Already, bore the “formidable” burden of proving that no case or controversy remains.

Yet the Court held that Nike had met this burden by showing that its trademark enforcement action against Already “could not reasonably be expected to recur.” Nike had included in its covenant not to sue an irrevocable and broad promise to both Already and its distributors that it would not bring suit against either of the lines of sneakers in question or any sneakers which were a “colorable imitation” of the current sneakers.

By implication, sneakers which were not a “colorable imitation” of Already’s existing sneaker designs would not be confusingly similar to Nike’s Air Force 1 registered trade dress, because to qualify as something other than a colorable imitation, they would have to contain numerous differences. It would be these numerous differences that would keep the new shoe design from being confusingly similar to Nike’s trade dress registration.

In support of its argument that a case or controversy survived this broad covenant, Already noted that its investors had been scared off from investing in Already based not only on Nike’s infringement action, but also on its continued registration of the Air Force 1 trade dress design. Already also argued that the covenant was not broad enough to protect all of Already’s future shoe designs.

In essence, Already argued that the Sword of Damocles continued to swing above its head. However, the Supreme Court was not impressed and noted that Already was unable, despite express invitations to do so both in oral argument before the Supreme Court and in the lower courts, to come up with any design that would expose it to the prospect of liability.

In a separate concurrence, Justice Kennedy, joined by three other justices, wrote that “courts should proceed with caution before ruling that covenants not to sue can be used to terminate litigation. . . to ensure that covenants are not an automatic mechanism for trademark holders to use courts to intimidate competitors without, at the same time, assuming the risk that the trademark will be found invalid and unenforceable.”

While the covenant not to sue certainly helped Nike in this case, offering such a covenant should remain a strategy of last resort because the covenant must be very broad in order to achieve the litigation-ending effect that Nike achieved. Being unable to police one’s trademarks against a competitor can lead to the weakening of protection of the marks against the entire industry because it allows competitors to introduce similar marks to consumers. This in turn lessens a mark’s distinctiveness and hampers policing efforts against third parties, because a more crowded field of similar marks now exists.

Further, any competitor now alleged to infringe Nike’s Air Force 1 registration knows that an effective response strategy is to threaten to cancel their registration. Thus, although Nike did not have to defend its trademark registration from cancellation, it gave up a lot of ground to Already and to the entire athletic shoe industry.