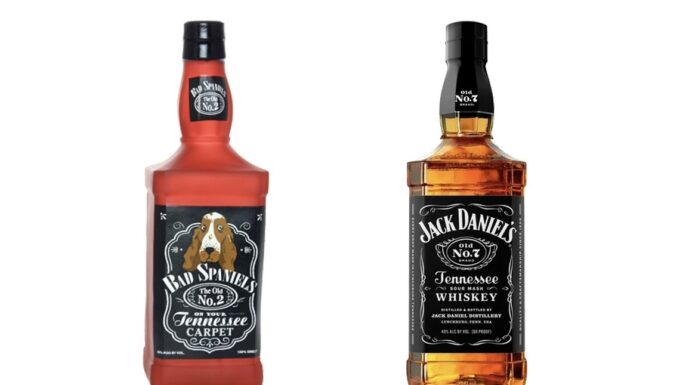 On November 21, 2022, the United States Supreme Court granted a petition for certiorari in Jack Daniel’s Properties, Inc., v. VIP Products LLC. The case is an appeal of a Ninth Circuit decision which held, among other things, that the First Amendment protects humorous or parodic uses of others’ trademarks, even in a case involving a commercial product like a dog chew toy.

This Ninth Circuit decision applied a standard used for evaluating Lanham Act trademark disputes involving artistic works to a dispute involving a commercial product -- a dog chew toy. In doing so, it adopted a position that conflicts with decisions from other Courts of Appeals. If allowed to stand, this case could have significant ramifications for trademark litigants, and would signal to alleged infringers that trademark liability may be escaped, regardless of the nature of the product at issue, by utilizing minimal “humorous” elements. While we all appreciate a good joke, there are limits.

The Litigants and Their Dispute. As most readers will know, Jack Daniel’s makes and sells whisky. Founded in 1866, Jack Daniel’s has grown into an internationally known global brand. Jack Daniel’s uses an iconic square brown bottle with a black-and-white label, displaying the mark JACK DANIEL’S and the words “Tennessee Sour Mash Whiskey” and “Old No. 7.” Jack Daniel’s owns an “incontestable” federal registration for this trade dress and maintains an active trademark-licensing program.

VIP Products LLC is an Arizona-based company that sells chew toys for dogs. In July 2013, VIP released its “Bad Spaniels” dog toy mimicking Jack Daniel’s bottle in shape, use of white lettering on a black background, and font style. It features the words “Bad Spaniels, the Old No. 2 on your Tennessee Carpet,” “43% POO BY VOL,” and “100% SMELLY.” On the packaging, VIP includes a disclaimer that the product is “not affiliated with Jack Daniel’s.”

Setting the Legal Stage. The Lanham Act, 15 U.S.C. §§ 1051 et seq., allows a trademark owner to sue to stop a competitor from using the trademark in a manner likely to cause confusion, or to cause mistake, or to deceive. Lanham Act protections also apply to distinctive trade dress. Trade dress generally refers to a product’s overall appearance/image and may include features such as shape, size, color combinations, texture, and graphics. Trademark/trade dress infringement under the Lanham Act is typically evaluated under a “likelihood of confusion” test, a multifactor test evaluating, among other factors, the similarity of the trademarks/trade dress, the similarity/related nature of the goods/services at issue and the sophistication of consumers.

In 1989, the Second Circuit in Rogers v. Grimaldi, addressed a dispute between Ginger Rogers and the producers and directors of the movie “Ginger and Fred.” The film, which was created and directed by Federico Fellini, tells the story of fictional Italian cabaret performers who imitated Ginger Rogers and Fred Astaire and became known in Italy as “Ginger and Fred.” Ms. Rogers sued for violation of the Lanham Act and infringement of her common law rights of publicity and privacy. The Second Circuit concluded that, in order for First Amendment concerns implicated in the title of a film to trump trademark rights, the title must have at least “minimal artistic relevance” and not be explicitly misleading as to source or content. With respect to “explicitly misleading,” the court gave the example of the title “The True Life Story of Ginger and Fred,” which it said would have been explicitly misleading. This type of analysis is now referred to as the Rogers test.

Separately from asserting a defense under Rogers, alleged infringers may also assert a parody defense in cases involving parodic uses of marks on ordinary commercial products. For example, in Louis Vuitton Malletier S.A. v. Haute Diggety Dogg, LLC, a case involving “Chewy Vuiton” dog toys, the Fourth Circuit, using a “traditional” likelihood of confusion analysis, concluded that consumers would realize that the toys were a parody of Louis Vuitton handbags and would not be mistakenly believe that they came from or were sponsored by Louis Vuitton. Specifically, the court found the dog toy to be “a comment on the rich and famous, on the Louis Vuitton name . . . and on conspicuous consumption in general.”

The TDRA includes statutory exclusions that preclude dilution liability for certain uses of famous marks. The most important in this case are those that exclude from liability use of a mark for “identifying and parodying, criticizing, or commenting upon the famous mark owner or the goods or services of the famous mark owner” and “noncommercial use of a mark.” Courts have generally applied TDRA’s statutory exclusions from dilution liability, including the “noncommercial use” exclusion, in cases involving uses that qualify as an “expressive work” under the Rogers test.

On appeal, the Ninth Circuit determined that the district court had correctly found that Jack Daniel’s trade dress is distinctive and aesthetically nonfunctional, and correctly rejected VIP’s nominative fair use defense, but reversed the district court with respect to VIP’s First Amendment defense, ruling that the Bad Spaniels toy deserved heightened First Amendment protection under the Rogers test. The court said that while the dog toy was "surely not the equivalent of the Mona Lisa," it was an "expressive work" because it communicated a "humorous message." The Ninth Circuit reversed the judgment on the issue of dilution and vacated the judgment on the issue of infringement, and remanded for further proceedings.

On remand, the district court entered summary judgment in favor of VIP noting that the Ninth Circuit had “unequivocally held that the Bad Spaniels Toy was an expressive work.” While it did so, the district court went out of its way to criticize explicitly the result required by the Ninth Circuit’s decision on this issue as making it virtually impossible for a brand owner to prevail.

After exhausting further appeals, Jack Daniel’s petitioned the Supreme Court for a writ of certiorari on August 5, 2022. Amicus briefs in support of the petition were filed by a number of groups, including a brief of the American Intellectual Property Law Association (on which I was a co-author), and numerous companies with famous brand names, including the Campbell Soup Company, American Craft Spirits Association (with American Distilled Spirits Alliance, The Beer Institute, The Brewers Association, Distilled Spirits Council of the United States, and Wine Institute), INTA, Levi Strauss & Co. and Patagonia, and Constellation Brands.

In their amicus brief in support of the petition, the beverage industry associations argued that their interests were broad, and included the interest in preventing irresponsible drinking and marketing of alcohol to minors. From this position, they argued that the Ninth Circuit’s rule – which would permit association between whiskey and pet toys -- would appear to protect infringing activity that takes the form of jokes about underage drinking excessive consumption, or drunk driving.“

Levi Strauss and Patagonia made arguments regarding the importance of protecting the rights of brand owners to control their own messages, explaining, “Patagonia and Levi Strauss own purpose-driven brands supported by logos that they use to identify their commercial businesses, but also to convey their respective values that traverse a range of public interests and issues. These companies use their brands to promote expressive messages on their apparel and other products, and throughout all channels of public discourse in connection with charitable foundations, documentary films, public education on environmental and equality issues, books, and other public commentary.” They said that the Ninth Circuit’s decision “threatens an enormous burden for trademark owners to preserve their own ability to communicate clearly with the public through their brands and the public’s ability to know what they stand for (and just as importantly, what they may not stand for).”

Having accepted Jack Daniel’s petition, the Supreme Court now has the opportunity to clarify – and hopefully significantly limit -- the scope of the Rogers test, as well as to provide guidance on the interpretation of the TDRA with respect to commercial versus noncommercial use of trademarks.

The decision of the Supreme Court in this case is expected to issue sometime before summer 2023. The decision will likely have significant implications for the First Amendment and commercial speech doctrine and for trademark law.