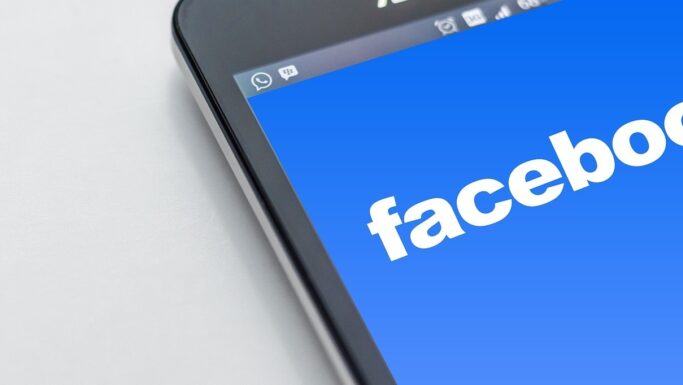 The America Invents Act (“AIA”), signed into law in 2011, introduced inter partes review (“IPR”), which allows parties to challenge the validity of patent claims in proceedings before the Patent Trial and Appeal Board (“Board”). Alleged infringers often use IPRs to challenge claims that a patent owner asserts against them in federal court.

To challenge a patent in an IPR, a party must file a petition requesting that the IPR be instituted with respect to specific claims in the patent. If the same patent is subject to an infringement lawsuit, the statute, 35 U.S.C. § 315, puts restrictions on the filing of the IPR petition. In particular, § 315(b) bars the party from filing the IPR petition unless it is filed within one year of the infringement complaint being served on that party.

In a situation where the patent owner has not identified the claims in the lawsuit within this one-year period, the party must file the IPR petition without knowing which claims she is alleged to have infringed. The party may eventually learn that her earlier-filed IPR did not challenge all the allegedly infringed claims.

In that same statute, § 315(c) gives the Director of the U.S. Patent and Trademark Office discretion to join as a party to an IPR any person who files an IPR petition. The Board had interpreted this section to permit the party, when the allegedly infringed claims are not identified by the one-year time bar, to file an additional IPR with the claims not included in the earlier-filed IPR. The Board would then combine the additional IPR with the earlier IPR, a process known as joinder.

In Facebook, Inc. v. Windy City Innovations, LLC, the Federal Circuit Court of Appeals considered whether § 315(c) permits a party to join later-filed IPRs, and claims therein, to its own earlier-filed IPR after expiration of the one-year time bar under § 315(b).

Windy City had filed a complaint accusing Facebook of infringing four of its patents (collectively containing 830 claims). Facebook timely filed an IPR petition challenging the validity of some, but not all, of the patent claims. At the time of the petition, Windy City had not yet identified which claims Facebook was accused of infringing, and did not do so until the one-year time bar had passed.

Facebook then filed two more IPR petitions challenging claims not included in its original petition and requested joinder to the original petition. Even though the one-year time bar had passed, the Board instituted the two new IPRs and granted the joinder under § 315(c).

The Court first considered whether § 315(c) permits combining IPR proceedings, such as joining Facebook’s two new IPRs to its existing IPR. The Court concluded that the statutory language, “join as a party to that inter partes review any person,” unambiguously gives the Director discretion only to join a person to an IPR proceeding, not to join together IPR proceedings. The Court noted that a different statutory provision, § 315(d), provides for the consolidation of IPR proceedings.

Although joining persons is permitted under § 315(c), the Court determined that “join as a party” cannot be read to allow persons who are already parties to be joined as parties. Interpreting § 315(c) otherwise would unduly stretch the meaning of “join as a party”. The Court found support for its interpretation in the Federal Rules of Civil Procedure, under which joinder of a person as a party is uniformly about adding someone who is not already a party. Since Facebook is already a party to its earlier IPR, § 315(c) did not permit joining Facebook to that IPR.

The Court also reasoned that, just as § 315(c) does not permit joining a new IPR to an earlier-filed IPR, it does not permit adding new issues, such as new claims, from the new IPR. The Court cited SAS Inst., Inc. v. Iancu (2018), which held that an already-instituted IPR, which a person may join as a party, is governed by its own petition and is confined to the claims challenged, and grounds raised, in that petition.

Facebook contended that, unless joinder is permitted in situations like the one facing it, patent owners will be incentivized to sue with enormous claim sets and delay identifying the allegedly infringed claims until the one-year IPR time bar passes. Such delays, according to Facebook, limit the alleged infringer’s right to challenge the validity of the patent claims in an IPR.

The Court agreed that not permitting joinder seems at odds with an IPR’s objective of providing a quick and cost-effective alternative to litigation. However, the Court concluded that it must abide by the unambiguous language of § 315(c) and that intervention by Congress would be required to permit such joinder under § 315.

In its influential ruling in Chevron, U.S.A., Inc. v. Nat. Res. Def. Council, Inc. (1984), the Supreme Court said deference is often given to a federal agency's interpretation in cases of ambiguous statutory language. Here, the Federal Circuit recognized that the Board’s Precedential Opinion Panel (“POP”) had reached an opposing interpretation of § 315(c) in an earlier IPR.

The Court concluded it did not need to give Chevron deference to the POP’s interpretation because § 315(c) is, in its view, unambiguous. All three judges joined in an “additional view,” outside of the formal opinion, that no Chevron deference would be due to the POP even if the statute were ambiguous because Congress did not give the patent office director rule-making authority with regard to questions involving the interpretation of the AIA’s statutory language.

After the Windy City decision, the Supreme Court, in Thryv, Inc. v. Click-to-Call Technologies, LP (April 20, 2020), ruled that the Board’s IPR time bar decisions under § 315(b) were not reviewable on appeal. The Supreme Court’s ruling suggests that the Federal Circuit did not have the authority to review the Board’s decision regarding instituting and joining Facebook’s IPR petitions after the one-year time bar. Facebook has since filed actions for the Federal Circuit to revisit its decision. Until such time, the law remains ambiguous on whether the Board has authority to join IPR petitions, and claims therein, after the one-year time bar.