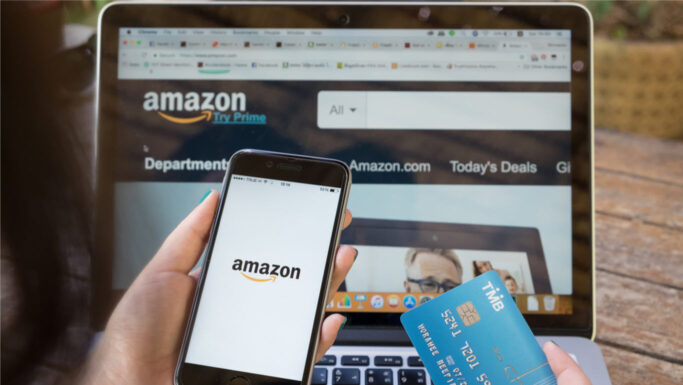 Amazon.com has become ubiquitous in online retail, dominating the e-commerce marketplace worldwide. For sellers, Amazon acts as a crucial means of reaching customers around the globe. For consumers, it has become an indispensable source for obtaining virtually anything. We all know (or, perhaps, are) that one relative arriving late on Christmas because they were “waiting for a package” that they ordered at the last minute.

However, Amazon’s dominance has come with a price. Amazon’s third-party marketplace has become a haven for merchants selling products that are counterfeit or piratedor otherwise infringe intellectual property rights. The problem has become so grave that in 2018, Amazon – for the first time – listed sales of counterfeit and pirated items as a risk factor in its annual earnings report to the SEC. Amazon has also instituted two programs targeting illegitimate merchants – the “Neutral Patent Evaluation” and “Project Zero” programs.

The evaluation program is simple, certainly in comparison to federal litigation. When patent owners see products that they believe infringe their patents, they request an evaluation, and Amazon selects a neutral evaluator – a lawyer experienced in patent disputes – to determine whether the patent covers the accused products.

The process is conducted entirely in writing. The patent owner identifies the accused products and outlines his infringement contentions, and the merchant is allowed a response of no more than fifteen pages. The patent owner, in turn, may briefly reply. That is it.

From those submissions, the neutral evaluator makes her determination. The accused product will be removed either where it is found to infringe, or if the accused merchant does not participate in the program. From start to finish, the process is designed to take a maximum of four months.

Early assessments of the program are generally positive. Participants cite the program’s cost-effectiveness and efficiency, as each evaluation costs $4,000, and is paid by the losing side. The relatively low cost allows patent owners with limited cash resources to fight potential infringement and, just as important, enables merchants to fend off bad faith allegations of infringement, thereby avoiding baseless product take-downs.

The Neutral Patent Evaluation program does not, prevent patent owners from filing infringement complaints in federal court or keep merchants from challenging a patent’s validity before the Patent Trial and Appeal Board.

There are drawbacks to the program. It forces patent owners to focus their complaint on a single claim from one utility patent. Design patents and foreign patents are not eligible for evaluation. Additionally, merchants accused of offering infringing products are not permitted to challenge the validity of the patent unless a court or federal agency such as the U.S. Patent and Trademark Office has already made a determination of invalidity.

Perhaps the strongest criticism of the program is directed to the role Amazon itself plays. Amazon has not indicated how neutral evaluators are chosen. Most concerning, the Neutral Evaluation Program is only available for use against third-party merchants. Products sold by Amazon are exempt and cannot be challenged through this process.

Project Zero. The Project Zero program is aimed at merchants selling counterfeit products on the Amazon marketplace, and is touted by Amazon as combining “Amazon’s advanced technology, machine learning, and innovation with the sophisticated knowledge that brands have of their own intellectual property.” The program has three elements, one of which is optional to utilize.

The first element consists of automated protections that use Amazon’s machine learning technology to scan its marketplace and remove products suspected of being counterfeit. To accomplish this, participating brands provide their logos, trademarks, and other key brand data, which Amazon runs through an automated tool that scans product listing updates on a daily basis. Amazon says that its automated protections have stopped the listing of, on average, one hundred times the number of suspected counterfeit products that are removed based on reports filed by brand owners.

The second element is a self-service tool that allows brand owners themselves to remove counterfeit listings. These removals are then fed into Amazon’s automated protections so as to better identify future counterfeits. Obviously, the power to remove counterfeit products comes with the temptation to abuse the tool. Amazon says that, to counter this, it conducts regular monitoring of the self-service tool. Companies are expected to “maintain a high bar for accuracy.” Those that abuse their privileges will be removed from the Project Zero program.

Finally, Project Zero offers an optional serialization service by which Amazon assigns unique codes that a brand can incorporate into every product that it manufactures. Amazon is then able to scan and verify the authenticity of every product offered for sale on the Amazon marketplace, thereby detecting counterfeit products before they ever reach consumers. The serialization service costs between $0.01 and $0.05 per unit, based on volume.

At present, Project Zero is functioning on an invitation-only basis, with the expectation that an full roll-out will soon occur. For companies interested in the option, a wait list is available at the Project Zero website. Eligible participants must have a government-registered trademark and be enrolled in Amazon’s brand registry.

Conclusion. While the Neutral Patent Evaluation and Project Zero programs are still in their infancy, they reflect Amazon’s increased awareness that it cannot continue to duck all responsibility for conduct in its marketplace. While Amazon is still reluctant to insert itself into disputes between merchants and brands, it is no longer sticking to its hands-off approach to infringement concerns. It’s a step in the right direction.