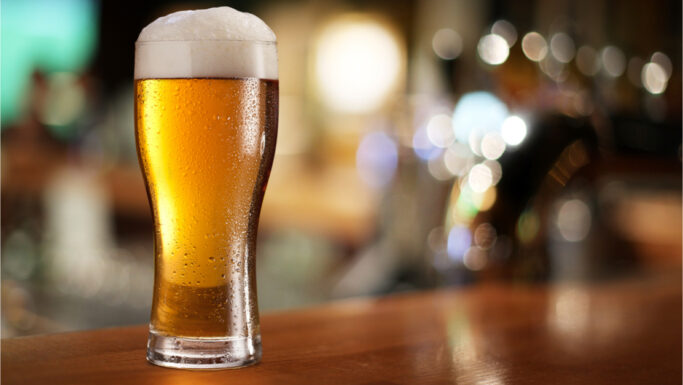 On March 21, MillerCoors—the maker of Miller Light and Coors Light— filed a complaint in federal court in Milwaukee for false advertising and trademark dilution against rival brewer Anheuser-Busch—the maker of Bud Light. While the beer industry is highly competitive, such issues have rarely played out in litigation.

One of the Bud Light commercials during this year’s Super Bowl shows a medieval caravan of corn syrup being brought to castles owned by Coors Light and Miller Light, with the occupants therein promptly admitting that the two beers are brewed with corn syrup. The commercial ends with the narrator intoning, “Bud Light Brewed with No Corn Syrup.”

Anheuser-Busch spent over $13 million on air time for this commercial alone, and reached an audience of almost 100 million consumers by airing it during the Super Bowl. This commercial was followed by additional commercials and advertisements making similar statements. The primary issue before the court is whether the statement that MillerCoors’ beers are “brewed with corn syrup” will mislead customers.

MillerCoors argues that the statements are misleading for several reasons. First, while MillerCoors beers are brewed with corn syrup, no actual corn syrup remains in the finished product that is consumed. In fact, MillerCoors argues, corn syrup is a common fermentation aid that many beer companies use—including Anheuser-Busch in other beers besides Bud Light.

Second, MillerCoors argues that consumers do not understand the difference between corn syrup, the common fermentation aid and a product that dietitians have found to have no harmful effect, and its “nefarious cousin” high fructose corn syrup (HFCS), a common ingredient in sodas and a product that dietitians have linked to obesity and other health issues.

MillerCoors argues that the advertisements were an intentional attempt by Anheuser-Busch to frighten health-conscious consumers, who wish to avoid consuming HFCS, into not drinking Miller Light or Coors Light—despite the fact that these beers are neither made with HFCS, nor have any corn syrup remaining after the fermentation process. MillerCoors argues that these statements are false, misleading, and deliberate, and that it has suffered both direct sales losses and a loss of consumer goodwill. Anheuser-Busch’s campaign, says Miller Coors, therefore violates Section 43(a) of the Lanham Act. (“Any person who . . . misrepresents the nature, characteristics, qualities . . . of . . . another person’s goods shall be liable in a civil action”).

MillerCoors also allegedtrademark dilution under Section 43(c) of the Lanham Act. MillerCoors owns registrations for the well-known marks COORS LIGHT, MILLER LIGHT, MILLER, COORS and various design marks incorporating these words, dating back to 1979. These marks, says MillerCoors, are distinctive and have become “famous and widely recognized” in the United States. MillerCoors claims that the Bud Light commercials intentionally dilute and damage the “distinctive quality and tremendous goodwill” that have been gained through these marks.

MillerCoors seeks both injunctive relief—a halt to all ongoing and future advertisements by Anheuser-Busch making these statements—and damages from all profits earned as a result of the campaign.

Anheuser-Busch has publicly responded to the complaint, simply pointing to the truth of its campaign:Miller Light and Coors Light are in fact brewed with corn syrup, and the commercials were intended to inform consumers how their beer is made.

How do Miller Coors’s claims stack up? The dilution claim seems flimsy because Section 43(c)(a)(i) of the Lanham Act provides a fair use exception to dilution for “advertising or promotion that permits consumers to compare goods or services.” If nothing else, these advertisements do permit consumers to compare factual qualities of competing beers (one being brewed with corn syrup, the other not). They would seem to fall squarely within this fair use exception.

The false advertising claim, however, will be a trickier issue. It will require the court to walk a fine line between truthful advertising and an attempt to mislead consumers with corporate double-speak—literally true but misleading, just as MillerCoors suggests.

An advertisement can simultaneously be both factually true and misleading. A federal court of appeals has held, for example, that a maker of women’s blazers who advertised them as a blend of cashmere and wool could be engaged in false advertising if the only cashmere content was recycled fabric. While the claims may have been true, it may have misled the consumers as to the true nature of the garments.

Neither party contests that the corn syrup statements are true. The issue is whether this will mislead consumers into choosing not to consume MillerCoors’ beers because they believe thety either still contain corn syrup when consumed or contain HFCS at any point. What needs to be decided is whether Anheuser-Busch intended to mislead, and did in fact mislead consumers. Given that Anheuser-Busch seems to be playing on consumers’ aversion to HFCS, a product that is neither used nor found in the MillerCoors beers, and that the ads are apparently having at least some effect in the marketplace, a finding of false advertising is not improbable.