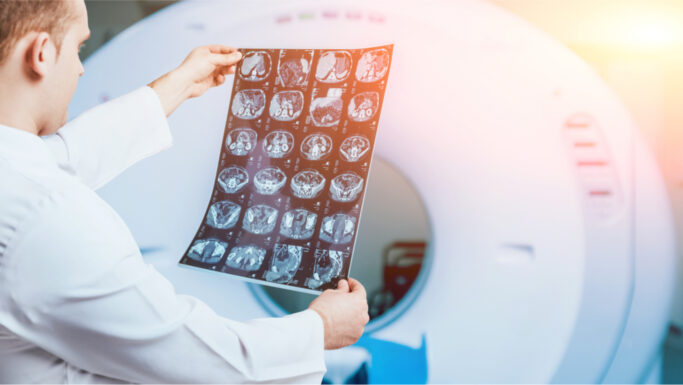 In a remarkable collection of opinions that have no direct effect on the law, the Federal Circuit has implicitly given its support to efforts in Congress to override the Supreme Court’s decision in Mayo v. Prometheus, which denies patent coverage to many diagnostic methods and which we discussed here.

In its February 2019 decision, the Federal Circuit denied patent coverage to a method for diagnosing neurological disorders by detecting antibodies to a protein called MuSK. We reported this opinion, Athena Diagnostics Inc. v. Mayo Collaborative Services, LLC, shortly after it issued. In July 2019, while denying a petition by Athena Diagnostics for review by the full court of this decision, the court issued eight (!!!) opinions, with no one speaking for a majority of the judges. These opinions make a compelling case for Congress to pass legislation that would override Mayo v. Prometheus.

Judge Lourie, joined by Judges Reyna and Chen, spoke eloquently of the problem:

If I could write on a clean slate, I would write as an exception to patent eligibility, as respects natural laws, only claims directed to the natural law itself, e.g., E=mc2, F=ma, Boyle’s Law, Maxwell’s Equations, etc. I would not exclude uses or detection of natural laws. The laws of anticipation, obviousness, indefiniteness, and written description provide other filters to determine what is patentable.

Judge Lourie then said that, in light of the Supreme Court ruling in Mayo v. Prometheus, the Federal Circuit does “not write here on a clean slate; we are bound by Supreme Court precedent.”

Judge Lourie cataloged the current state of affairs as the Federal Circuit struggles to make sense of the Supreme Court’s regime. He reviewed the Federal Circuit decisions in Ariosa Diagnostics, Inc. v. Sequenom, Inc. (which we discuss here), Vanda Pharm. Inc. v. West-Ward Pharm. Int’l Ltd ( here), and Rapid Litig. Mgmt. Ltd. v. CellzDirect, Inc. ( here), summing them up as consistently distinguishing between patent-eligible new method of treatment claims and unconventional laboratory techniques, on the one hand, and, on the other hand, diagnostic methods that consist of routine steps to observe the operation of a natural law, which are not eligible for patent protection.

Clearly unhappy with this distinction, Judge Lourie concluded: “As long as the Court’s precedent stands, the only possible solution lies in the pens of claim drafters or legislators. We are neither.”

In another of the eight decisions, Judge Hughes, joined by Chief Judge Prost and Judge Taranto, stated that “the bottom line for diagnostics patents is problematic.” However, “this is not a problem that we can solve,” because the Federal Circuit is bound by Supreme Court precedent. Judge Hughes then asks for guidance:

I, for one, would welcome further explication of eligibility standards in the area of diagnostics patents. Such standards could permit patenting of essential life saving inventions based on natural laws while providing a reasonable and measured way to differentiate between overly broad patents claiming natural laws and truly worthy specific applications. Such an explication might come from the Supreme Court. Or it might come from Congress, with its distinctive role in making the factual and policy determinations relevant to setting the proper balance of innovation incentives under patent law.

Judge Dyk, joined by Judge Hughes, and (for parts of the decision) by Judge Chen, defended the principles of section 101 patent eligibility as developed by the Supreme Court, but agreed that problems remain:

Although Mayo’s framework is sound overall, I share the concerns expressed by my dissenting colleagues that the Mayo test for patent eligibility should leave room for sufficiently specific diagnostic patents. But it is the Supreme Court, not this court, that must reconsider the breadth of Mayo.

Judge Dyk suggested a way of limiting the scope of Mayo v. Prometheus that might, if adopted, permit some of the claims in Athena Diagnostics to escape invalidation. His suggestion: “Because at least some of the claims here recite specific applications of the newly discovered law of nature with proven utility, this case could provide the Supreme Court with the opportunity to refine the Mayo framework as to diagnostic patents.”

Judge Chen issued a separate opinion, in which he provided a thoughtful and scholarly analysis of how the Supreme Court’s 2012 decision in Mayo v. Prometheus deviated conceptually from its approach in 1981 in Diamond v. Diehr, in which it found a method of molding rubber patent eligible even though it used a computer algorithm to control the molding process. (This author’s law review article discusses the deviation in detail on pages 21-24.)

Judge Chen said that under the principles of Diehr the invention in Athena Diagnostics would be found patent eligible. “The kind of lab work undertaken in discovering new diagnostics and performing the steps of such claimed inventions … should be patentable subject matter in a well-functioning patent system.” Nevertheless, Judge Chen found that the Supreme Court’s decision in Mayo v. Prometheus required a finding of patent ineligibility.

Judge Moore, writing for herself and Judges O’Malley, Wallach, and Stoll, dissented from the denial of full court review. She began by pointing out that since Mayo v. Prometheus, the Federal Circuit has held ineligible every diagnostic method claim in a patent it has considered. “We have turned Mayo into a per se rule that diagnostic kits and techniques are ineligible.” Judge Moore’s opinion delves deeply into factual matters pertaining to the diagnostics industry, concluding: “I have no doubt that my colleagues agree with the sentiments herein that diagnostics are important, and that patent protection of such diagnostics is critical to incentivizing their very existence.” As to the claims at issue this case, she believes them to be patent eligible:

Our decisions have ignored the truth that claims to specific, narrow processes, even if those processes involve natural laws, are not directed to the natural laws themselves. And contrary to the “elementary principle that . . . [we must] ‘give effect, if possible, to every clause and word of a statute,’” our § 101 jurisprudence has largely ignored Congress’ explicit instruction that a discovery can be the basis for a patentable invention…. the claims in Athena, unlike the claims in Mayo, contain specific, concrete steps applying the law of nature…. The concreteness and specificity of the claims in Athena moves them from reciting a law of nature to a particular application of a law of nature…. The inventiveness of the claimed discovery in the process steps should also be considered when assessing eligibility.

Judge Newman wrote a separate dissent. In her view, “[t]he Court [in Mayo v. Prometheus] did not hold that methods of diagnosis are subject to unique patent-eligibility rules. We have mistakenly enlarged the Court’s holding, in substance and in application.” Judge Newman pointed out that “the reaction between the specified antibodies and the MuSK protein was not previously known, and the specified claim steps had not previously been performed, separately or in combination. This method of diagnosing Myasthenia Gravis and related disorders is conceded to be new and un-obvious.”

In Judge Newman’s view, the majority opinion in Athena Diagnostics (from which she dissented) is premised on the theory that because the separate steps of the method, namely “creating a radioactively labelled compound, re-acting an antibody with a protein, separating any antibody-protein complex, and monitoring the radioactivity of the product,” are “conventional,” then they can be disregarded in the section 101 analysis. Such an approach results in “leaving claims 7–9 with only the general ‘concept’ of “the correlation between the presence of naturally-occurring MuSK autoantibodies in bodily fluid and MuSK-related neurological diseases like MG.”

Judge Newman states that because “[c]laims 7–9 claim a new multi-step method of diagnosis; it is incorrect to omit from the claims the steps by which the method is performed, leaving only the ‘concept’ of the general purpose.” She provides a thoughtful discussion of inconsistencies in approach of the Federal Circuit to diagnostic methods, on the one hand, and to methods of treatment on the other.

In a separate opinion, in which she was joined by Judge Wallach, Judge Stoll agreed with Judge Moore that the Federal Circuit should not adopt a “a bright-line rule of ineligibility for all diagnostic claims,” and that review by the full court is warranted on such an important issue, even though she does not disagree with the finding in this case.

Judge O’Malley writes a separate dissent from denial of review by the full court, because “the Supreme Court has instructed federal courts to read into Section 101 an ‘inventive concept’ requirement—a baffling standard that Congress removed when it amended the Patent Act in 1952. I encourage Congress to amend the Patent Act once more to clarify that it meant what it said in 1952.”

Judge O’Malley provides a narrative of how the Patent Act overrode Supreme Court requirements of the subjective concept of “invention” by imposing the objective standard of nonobviousness in section 103 of the Patent Act. (This is not the first time that the history of section 103 has come up in the context of the Supreme Court’s patent eligibility decisions. This author’s law review article, beginning on page 10, discusses Judge Rader’s opinion in the Federal Circuit’s Alice decision. Judge Rader also tells the story of section 103, in wrestling with the impact of the Supreme Court’s decision in Mayo v. Prometheus.)

Until the Supreme Court or Congress acts in a manner responsive to the concerns raised in these opinions, however, those seeking patents for diagnostics must be vigilant and strategic. This author has provided some suggestions for diagnostics patenting here, and these suggestions remain pertinent. In addition to the suggestions in that article, the diagnostics developer should, where possible, consider whether the diagnostic in question can be packaged and patented as a device.

The diagnostics developer, along with others who care about fostering technological development in the United States, might also consider writing Congress on this issue, where legislation is under consideration. May such legislation soon come to pass.