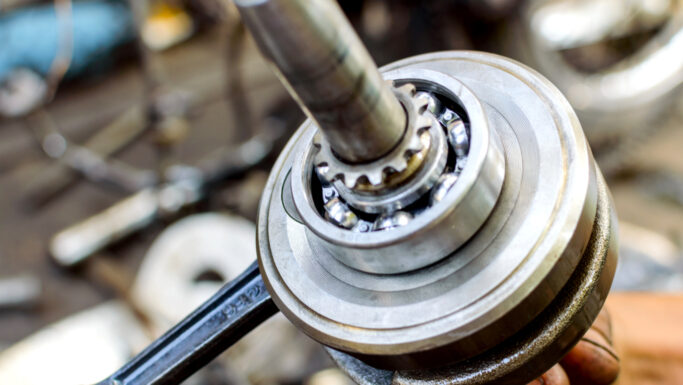 In a breathtaking decision, the Federal Circuit has ruled that a patented method of making an automobile drive shaft is not eligible to be patented because it is “directed to a natural law.” In so ruling, the court has journeyed far beyond the boundaries carved by the Supreme Court in its decisions in Ass’n for Molecular Pathology v. Myriad Genetics, Inc. (2013), dealing with a diagnostic method, Mayo Collaborative Servs. v. Prometheus Labs., Inc. (2012), also dealing with a diagnostic method, which we discuss here, and Alice Corp. Pty. Ltd. v. CLS Bank International (2014), dealing with a computer-implemented business method, which we discuss here.

As we have pointed out in these articles, these Supreme Court decisions are based on the dubious proposition that there is an “implicit exception” in section 101 of the patent law, under authority of which the Supreme Court empowers itself to find that patent claims deemed directed to natural laws, laws of nature, and abstract ideas are not eligible to be patented.

The Federal Circuit’s drive shaft ruling comes in American Axle & Mfg., Inc. v. Neapco Holdings LLC, rendered October 5, 2019, in which the majority decision, authored by Judge Dyk and joined by Judge Taranto, is criticized in a vigorous dissent by Judge Moore. The innovation in making the drive shaft in this case involved tuning a liner in a manner to attenuate vibration in the drive shaft.

The majority was plainly bothered by the absence of detail about the implementation: “Neither the claims nor the specification describes how to achieve such tuning.” Similarly, the majority argues that “the mechanisms for achieving the desired result—are not actually claimed in claim 1 or claim 22 of the patent.”

For the majority, this absence of detail justifies its decision. However, the majority admits, as pointed out by Judge Moore, that “there is a very specific example given in the patent with precise dimensions, weights, lengths, materials, positioning, etc.”

The majority labored to distinguish the Supreme Court’s 1981 decision in Diamond v. Diehr, which found patent-eligible another manufacturing method, in that case for molding rubber. The majority asserted that in “Diehr, unlike this case, these other steps apparently added to the formula something that in terms of patent law’s objectives had significance—they transformed the process into an inventive application of the formula.” For the majority, molding rubber had more luster than making drive shafts.

Never before has the Federal Circuit held a manufacturing method patent to be invalid because directed to a natural law. In her dissent, Judge Moore points out that the absence of detail in a patent claim or in a patent description is not a basis for a patent ineligibility determination: “The majority’s concern with the claims at issue has nothing to do with a natural law and its preemption and everything to do with concern that the claims are not enabled. Respectfully, there is a clear and explicit statutory section for enablement, § 112. We cannot convert § 101 into a panacea for every concern we have over an invention’s patentability.”

Judge Moore is correct. The patent holder reportedly plans to request rehearing by the full court. Rehearing should be granted, and the full court should correct this decision by reversing it. Until then, beware of patenting a manufacturing method unless it is for molding rubber!