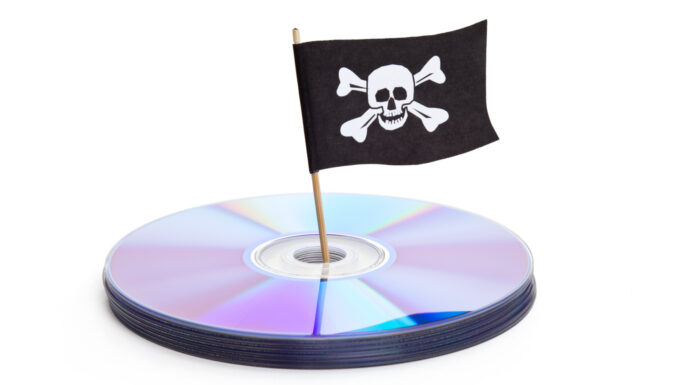 On September 20, the U.S. Court of Federal Claims dismissed a $600 million copyright infringement claim against the U.S. Navy. Bitmanagement Software GMBH v. United States involved virtual reality software that the Navy copied more than 400,000 times despite purchasing a license for only 38 copies.

The Court of Claims concluded that Bitmanagement had authorized this copying. A serious question remains, however, as to how much Bitmanagement knew—and thus could have authorized—since it was not privy to much of the communication regarding the sale of these licenses. The decision leaves doubt that fairness was achieved.

Bitmanagement is a German company that develops software for producing three-dimensional graphics. Since 2006, it has released various versions of its core software, BS Contact Geo. Version 8.001 was published in 2012 and registered with the United States copyright office in 2016.

The Navy uses the BS software with SPIDERS 3D, a technology that produces virtual reality renderings of Navy installations and facilities. SPIDERS 3D is still in use, and could not function without BS Contact GEO.

In 2006, when the Navy identified a need for this software, it contracted with Planet 9 Studios, a U.S.-based third-party reseller. Bitmanagement itself never entered into any direct contractual relationship with the Navy.

In 2008, the Navy acquired 100 licenses of Bitmanagement’s software through Planet 9. In 2011, the Navy and Planet 9 engaged in discussions for the purchase of 18 additional licenses and an update of its inventory of 20 unused licenses. The Navy proposed using a license server tracker called Flexera, which enables tracking of software that had been deployed through a central server. Planet 9 told the Navy that “Bitmanagement says OK.”

Unlike the license manager that Bitmanagement was accustomed to, Flexera could also manage and track “concurrent users.” That is, it could limit the number of users who could access the software simultaneously to an agreed limit. This allowed for the possibility that the number of installed copies could exceed the number of licenses purchased but, by controlling the volume of simultaneous usage, provide some protection to the software vendor.

Ultimately, when in 2011 Bitmanagement permitted the Navy to use Flexera, it gave the Navy the cover it was seeking to make numerous copies of the BS software.

"Make sure Bitmanagement signs the document…agree[ing] to a perpetual license (this will protect us in case the vendor decides to pull the agreement and we are on the hook to license all the installed software – e.g. install on 500 desktops, but only own 10 licenses, we would have to buy 490 more licenses)."

(Emphasis added.) This email, possibly the first explicit suggestion that the Navy was planning on using more licenses then it purchased, was shared with Planet 9 but not Bitmanagement.

In early 2012, a Navy representative emailed Planet 9, requesting the following language be added to an agreement for additional software:

This was the first mention of concurrent licenses. However, neither Planet 9 nor the Navy told Bitmanagement about the proposal for a concurrent license. It would have caught Bitmangaement’s attention because the company had never offered such a license before.

In May 2012, Planet 9 sold the Navy 18 licenses—in addition to the 20 licenses the Navy had remaining that would be modified to the latest software as well—under a contract that said the software would be “enabled … using Flexera” but with no mention of concurrent use. Nonetheless, the email trail indicates that the Navy had been contemplating a concurrent license system.

In June 2012, the Navy asked Bitmanagement whether BS Contact Geo could be modified with a “silent installer,” which would allow the software “to be remotely deployed and installed.” Bitmanagement agreed to update the software at no cost “under the same terms” as the latest agreement.

Bitmanagement believed that the silent installer would allow the Navy to test the software through a central server, that its use would be tracked by Flexera, and that the reference to “the same terms” meant that the Navy would deploy only 38 instances of the software.

The Navy instead undertook a mass installation of the software throughout their network. The government admitted that, from 2013 on, at least “429,604 installs of the software” occurred. Furthermore, the Flexera software did not track or limit this usage as Bitmanagement expected.

Bitmanagement filed suit in July 2016 in the Court of Federal Claims. The court said that the central issue was whether Bitmanagement “authorized” the Navy’s copying and distribution of the software. The court held that, by modifying the software to accommodate the “silent installer,” Bitmanagement gave the Navy permission to engage in such copying.

It is unclear, at least to this author, exactly how much Bitmanagement did know and thus could have authorized. Much communication transpired between the Navy and Planet 9—the third party reseller— suggesting the Navy planned to implement this software across their system, but Bitmanagement was apparently not privy to this discussion. If it was unaware of the plan for mass installation, it is questionable whether it can be deemed to have authorized it.

The retail price for 429,000 copies of the software would have been close to $600 million. The Navy paid just $5,490. This case is a warning to those handling commercial software licenses: You cannot rely on the other party to behave properly based on email exchanges and assumptions, even if that other party is the U.S. Navy.

Furthermore, you cannot let a reseller handle negotiations with a significant customer without staying informed of their exchange. One must be clear and comprehensive in expressing the terms and limitations of the license being granted. Also, keep your reseller on a short leash when dealing with major prospects.