What is a COVID-19 Vaccine Intellectual Property Waiver? 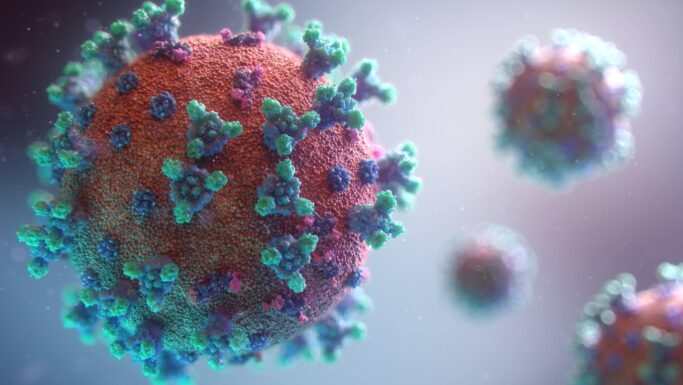 While over 48% of the U.S. population is fully vaccinated, only about 15% of the world is. Such disparities have caused members of the World Trade Organization (WTO), such as India and South Africa, to call for a waiver of intellectual property enforcement related to diagnostic kits, vaccines, medicines, personal protective equipment, and ventilators under The Agreement on Trade-Related Aspects of Intellectual Property Rights (TRIPS).

The United States, home to many of the largest pharmaceutical and biotechnology companies in the world, has long supported strong intellectual property protections. However, in a surprising move, the Biden-Harris administration recently announced its support for temporarily waiving intellectual property protections under TRIPS for COVID-19 vaccines, while making no mention of diagnostic kits, medicines, personal protective equipment, or ventilators.

Supporters of such a waiver argue that it will help speed up vaccinations in poorer countries, while critics argue that it takes away the very incentives that resulted in the fastest vaccine development that the world has ever seen. (The previous record holder was the mumps vaccine, which took about four years to develop and deploy in the 1960s.)

TRIPS is an agreement among WTO member nations that sets forth the minimum standards for the regulation of intellectual property by national governments as applied to nationals of other WTO member nations. For example, under TRIPS, patents must be granted for inventions in all “fields of technology” for at least 20 years (provided they meet certain patentability requirements). TRIPS also provides standards for the protection of copyright, trademarks, and trade secrets.

Without a waiver, countries could suffer trade penalties for violating TRIPS. Dispute resolution under TRIPS does not provide for private action but, rather, action between the disputing member nations. For example, while Moderna would not have standing to sue a member nation for violating TRIPS, the WTO could impose trade penalties on that member nation if a case were brought before it by the United States. A COVID-19 vaccine TRIPS waiver would limit or eliminate the ability to pursue such penalties. However, even in the absence of a waiver, the United States can unilaterally choose not to enforce TRIPS.As for patents, any waiver is likely to have little practical effect in the short term. Although some of the platforms that were used to develop the presently available COVID-19 vaccines may already be patented, the vaccines themselves were developed so quickly that patents specifically covering them have not yet been granted in some member nations, e.g., India. A patent that does not exist cannot be enforced and it is possible that the pandemic will end before any such patent is granted.

The most immediate impact of a COVID-19 vaccine waiver would likely involve important non-patent technical know-how related to vaccine production. TRIPS requires member nations to protect trade secrets, as well as information provided during the process of regulatory approval. Thus, the identity of the specific materials used for vaccine production, formulations, methods of manufacture, and experimental data shared with governmental regulators are all protected by TRIPS even in the absence of patent protection. India and South Africa have proposed that this protection also be waived. Private companies would not be required to disclose this information if TRIPS trade secret protection is waived, but a government to which this information was provided could share it penalty-free.

In the face of a TRIPS waiver by the WTO, companies do not have much legal recourse to recoup their losses. If the vaccine is manufactured in the United States without a license from the patent owner under the government’s direction, the patent owner may seek compensation in the Court of Claims. However, similar avenues are not always available in less-developed nations. Furthermore, even if suing for compensation is possible, the optics of such an action could be problematic.

Negotiations between WTO member nations on the language of a waiver are ongoing and could take months. European nations have already voiced their opposition to a waiver. Germany argues that capacity and quality assurance, not intellectual property rights, are causing production restraints, while French President Emmanuel Macron has said that increasing export and production of the vaccines and their ingredients would be the best way to boost global vaccination rates. Given that the WTO is a consensus-driven body, it is difficult to predict what the actual text of any waiver would look like, although, given European opposition, it is likely to be less far-reaching than the original proposal by India and South Africa. For now, we’ll have to wait and see.