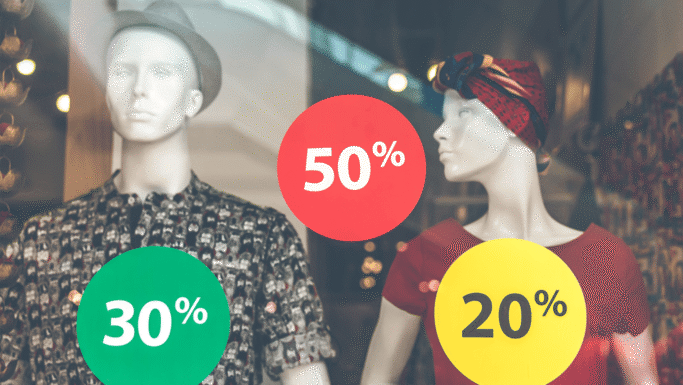 A purchaser of an article of commerce expects to be able to freely sell it regardless of any intellectual property rights that it may embody. This expectation is respected in legal doctrines such as patent exhaustion and the first-sale doctrine. Thus, you may resell your iPhone or your recently purchased hardcover book regardless of the patents and copyrights that pertain to them.

The resale of digital files, however, runs into a special barrier that ReDigi Inc. and its founders have encountered to their sorrow.

The ReDigi System. ReDigi was founded in 2009 with the goal of providing a marketplace for the resale of digital music files that had been purchased from iTunes. ReDigi required its customers to install its “Music Manager” software on their computers. Once installed, Music Manager would analyze the digital files intended for resale and verify that they had been properly purchased from iTunes.

The ReDigi user could then cause these files to be transferred to ReDigi’s remote “Cloud Locker.” To effectuate this transfer, ReDigi developed a new file-transfer method—which it called “data migration”—that broke the digital music file into small packets. ReDigi’s system then created a “transitory copy” of each packet in the user’s computer buffer and deleted that packet from permanent storage on the device.

The packet that had been copied into the user’s buffer was then sent to ReDigi’s server and deleted from the user’s buffer. This buffer copy existed for less than one second. During the data migration process, the original digital file could not be accessed or played.

Once all the packets of the source file had been transferred to ReDigi’s server, they were then re‐assembled into a complete music file. As a result of this process, the entire file never existed in two places at once. Or so ReDigi argued, for reasons that will soon be explained.

After the file had reached ReDigi’s server but before it had been resold, the user could continue to listen to it by streaming audio from the Cloud Locker. Once the file was sold, ReDigi would give the new purchaser exclusive streaming access to the file and permit that purchaser to download it, at which time ReDigi would delete it from its own server.

Music Manager would continuously monitor the seller’s hard drive and connected devices to detect duplicates of the music file. If Music Manager later detected a duplicate file, ReDigi would prompt the user to authorize ReDigi to delete that duplicate from her personal device. If authorization was not granted, it would suspend the account.

However, if the user retained previously made duplicates on devices not linked to the computer that hosted Music Manager, Music Manager would not detect them. Thus, a user could, prior to resale through ReDigi, store a duplicate on a compact disc, thumb drive, or third‐party cloud service and access that duplicate post‐resale.

ReDigi believed its migration process avoided copyright infringement issues by taking care not to create a complete duplicate of the music file until the original file had been deleted from the seller’s computer.

The Litigation. ReDigi’s business plan threatened the hegemony of the music publishers, three of which promptly sued ReDigi for copyright infringement. A federal district court ruled in favor of the publishers in 2016. ReDigi appealed to the Second Circuit Court of Appeals, which decided the case, Capitol Records v. ReDigi Inc., in December 2018.

Among the exclusive rights granted to the copyright owner by section 106 of the Copyright Act (the “Act”) are the rights:

“Phonorecords” involve sound recordings; “copies” involve all other content subject to copyright. Both terms are defined in section 101 of the Act as involving “material objects” in which a work is “fixed” in a tangible medium of expression for more than a transitory duration.

The music publishers alleged that Redigi’s business plan was based upon flagrant infringement of their exclusive rights to reproduce and to distribute the music to which they owned the copyright. ReDigi argued that its methodology was authorized by the first sale and fair use doctrines, which place limits on these exclusive rights of the copyright owner.

The First Sale Doctrine. Section 109(a) of the Act states:

By referring to clause (3) but not clause (1) of section 106, this statute gives the owner of a phonorecord the right to sell it but not to copy it.

ReDigi and the amicus professors engaged in strenuous gymnastics to argue that ReDigi did not make copies of the music files, but of course it did. It was of no consequence that an intermediate, short-lived buffer copy of each packet was created in the process.

The fact is that a music file was created afresh on the ReDigi servers, and that file was an exact copy of the file that had existed on the seller’s device. No amount of obfuscation could hide that simple fact, and the Second Circuit saw what was obvious.

Construing this history as recognizing an absolute resale right, ReDigi and its amici argued that the owner of a digital phonerecord should have the same right to resell her copy as does the owner of a physical phonorecord. The copyright law, they urged, should be neutral as to the technology used to embody the copyrighted work.

The Second Circuit was not convinced. The three-judge panel opined that, since Congress crafted the statute so as to expressly permit distribution but not copying, it is up to Congress, not the courts, to expand the first sale doctrine to permit the making of electronic copies.

Fair Use. Fair use is another common law doctrine that has been incorporated into the Act. The statutory language is general enough to grant the courts leeway in defining the contours of the doctrine. In most cases, whether a use is “fair” comes down to one question: to what extent does the use harm the market for the original work? If the copy is transformative in some way, as a parody may be, then the use is fair. If the copy is simply a commercial substitute for the original, the use is unlikely to be considered fair.

The Second Circuit concluded that the ReDigi service existed solely to compete with the copyright publishers, and involved no transformative activity that might bring the fair use doctrine into play.

The Technical Problem. As the court noted, Music Manager would never know if the user had made copies of the music file on a thumb drive or cell phone before engaging ReDigi to resell the copy on the user’s computer. It is this ease of reproduction that caused parties not directly involved in the music business, such as the Motion Picture Associate of America, to file amicus briefs in support of Capitol Records. It seemed also to put the Second Circuit in a skeptical frame of mind when facing the seemingly valid policy arguments in favor of ReDigi.

The implications of this case extend well beyond the resale rights for a $1.00 music file. The same principles and problems could apply to attempts to resell far more valuable digital files including motion pictures, software and proprietary databases.

If ReDigi 2.0 had stopped there, it might have solved the copying problem, but it did not. The new version allowed the original purchaser to download the music file to her computer. ReDigi attempted to justify this download feature as fair use. However, it created the possibility of duplicate files existing in the hands of two purchasers, a result that is not likely to pass muster as fair use.

In its ruling, the Second Circuit took note of ReDigi 2.0, stated expressly that it was not passing on its legal merits, but nonetheless issued an injunction forbidding ReDigi from offering it. This peculiar result stemmed from the litigation strategies of the parties, not the legal merits of ReDigi 2.0.

Analysis. ReDigi may have made a good faith effort to live up to the spirit of the copyright act, but the letter of the law was unbending. The public policy arguments advanced by ReDigi and the law professors – particularly the argument that that purchasers of electronic phonorecords should have the same resale rights as purchasers of physical phonorecords — seem persuasive.

However, the Second Circuit was unwilling to rule on public policy arguments and ReDigi – which filed for bankruptcy in 2016 to ward off the $3.5 million judgment against it in the lower court – may lack the resources to take this to the Supreme Court.

For now, the ReDigi decision leaves a disparity between the purchasers of digital works and purchasers of physical works. Undoubtedly, creative minds will push the boundaries again, hoping to create a secondary market for digital works. Indeed, Apple has filed a patent application (later abandoned) for just such a service, and Amazon has obtained such a patent.

A solution such as ReDigi 2.0, stripped of its capacity to enable users to download files onto their computers, may well succeed in claiming protection under the first sale doctrine. Vendors of digital works should anticipate such developments and structure their licensing programs accordingly.