Divided Patent Infringement: The Federal Circuit Doubles Down on a New Standard 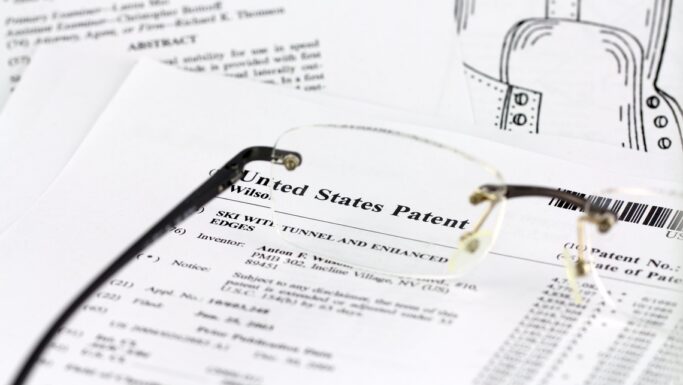 For over a decade, the courts have wrestled with the issue of “divided infringement,” where multiple parties share infringement by performing different steps of a method claim. At various times, the requirements for proving divided infringement have been tightened, loosened and retightened, in part because of a decision by the U.S. Supreme Court.

In the most recent installment of this ongoing saga, the Federal Circuit now seems to have loosened the requirements for establishing divided infringement by no longer requiring that all of the steps in such method claims be performed by one central actor and by other parties who are controlled by that actor or are under some legal obligation to him.

The most recent chapter in this saga is set forth in Travel Sentry, Inc. v. David A Tropp, decided by a panel of the Federal Circuit on December 19, 2017. The claims at issue are directed to methods of improving airline luggage inspection through the use of dual-access locks. Claim 1 of the Tropp patent includes four steps, two of which are admittedly performed by the alleged infringer, Travel Sentry, while the last two steps are performed by a luggage screening entity.

Travel Sentry entered into a memorandum of understanding (MOU) with the Transportation and Security Administration (TSA), which screens airport luggage. The MOU sets forth certain responsibilities of both parties, but does not establish any kind of agency relationship, or other type of legal relationship, between the parties.

The district court held on summary judgment that Travel Sentry could be held liable as a direct infringer only if it controls the TSA’s performance of the last two claim steps. The district court determined that there was no evidence at all that would morph the MOU into a contract that renders Travel Sentry vicariously liable for the TSA’s actions. The district court stated that the MOU does not subject the TSA to any concrete or enforceable obligations, expressly absolves the TSA of liability, does not provide for any consequences for a failure to comply with the terms of the MOU, and can be unilaterally terminated by either party.

This litigation paralleled and was intertwined with the extensive litigation in Akamai Technologies, Inc. v. Limelight Networks, Inc., in which very similar issues were raised. We reported on that case in January 2011 and again in June 2014.

In January 2011, we reported that “mere directions or instructions to another entity – absent a legal obligation of that entity to perform the steps – is insufficient to establish infringement of a split claim.” In June 2014, we reported that the Supreme Court held in that “there is no infringement, direct or by inducement, unless one party performs every step of the method, either itself or through control of another, such as by contract.” However, the Court declined to review the merits of Muniauction and its standard for direct infringement, stating that “on remand the Federal Circuit will have the opportunity to revisit” the direct infringement question “if it so chooses.”

In response to this invitation, on remand the Federal Circuit indeed reconsidered the decision in Muniauction in the Akamai Technologies, Inc. v. Limelight Networks litigation (Akamai V). In Akamai V, a 2015 en banc decision, the Federal Circuit began by affirming the “single-actor rule,” writing that “direct infringement … occurs where all steps of a claimed method are performed by or attributable to a single entity.” The Federal Circuit then observed that “where more than one actor is involved in practicing the steps, a court must determine whether the acts of one are attributable to the other such that a single entity is responsible for the infringement.”

The Federal Circuit held that an entity will be “responsible for others’ performance of method steps in two sets of circumstances; “(1) where that entity directs or controls others’ performance, and (2) where the actors form a joint enterprise.” The court further stated that with respect to the first circumstance, “liability . . . can also be found when an alleged infringer conditions participation in an activity or receipt of a benefit upon performance of a step or steps of a patented method and establishes the manner or timing of that performance.”

This new basis for liability was a substantial departure from previous decisions, and the Federal Circuit in Akamai V cited not patent law, but copyright law in support (Metro-Goldwin-Mayer Studios Inc. v. Grokster, Limited).

In Akamai V, one of the steps in the method involved the tagging of embedded objects on a web page so that requests for the objects resolved to the web domain of its customer instead of the Limelight domain that serves up the web page. While Limelight’s customers performed this tagging step, they did so using instructions required by Limelight in its customer contract. On that basis, the court concluded that Limelight conditioned the benefit of its service on the performance of steps of the Akamai patent.

With regard to the second prong of its new test, the manner or timing of performance, Limelight sent to its customers a welcome letter which set forth the manner in which the tagging step was performed and when. There was also continual engagement between engineers of Limelight and customers. Accordingly, the Federal Circuit determined that Akamai had proven both elements of its new test for shared infringement, and thus had proven direct infringement.

The Federal Circuit applied this precedent to the facts of the Travel Sentry case. The Federal Circuit held that a reasonable jury could conclude that the TSA’s performance of the final two claim steps is attributable to Travel Sentry and that Travel Sentry is liable for direct infringement. They noted that a common thread which connected Akamai V and the present case is that evidence that a third party hoping to obtain access to certain benefits can only do so if it performs certain steps identified by the defendant and does so under the terms prescribed by the defendant.

The Federal Circuit again cited Grokster, which held that “an actor infringes vicariously by profiting from direct infringement if that actor has the right and ability to stop or limit the infringement.” The Federal Circuit noted that Travel Sentry “has the right and ability to stop or limit” TSA’s ability to practice the final two claim steps – and thus receive the benefits that follow from practicing those steps – through a number of means, “including termination of the MOU, discontinuing its practice of replacing pass keys that are damaged or lost, and changing the design of future locks such that the keys previously provided to TSA no longer work.” Accordingly, the Federal Circuit concluded that the district court erred in granting summary judgment of non-infringement and the decision was vacated and remanded.

In summary, the decision in Travel Sentry has articulated and fleshed out a new test, based on the Akamai V and Grokster decision, in which liability under Section 271(a) can be found in the absence of a joint enterprise or an agency relationship or a contract, when an alleged infringer:

(1) conditions participation in an activity or receipt of a benefit upon performance of a step or steps of a patented method; and

(2) establishes the manner or timing of that performance.

This test appears to be far easier to satisfy than the more rigid tests set forth in the earlier Akamai decisions and has been applied in three separate cases by the Federal Circuit. This test could likely make a divided infringement case much easier to prove than at any time in the past.