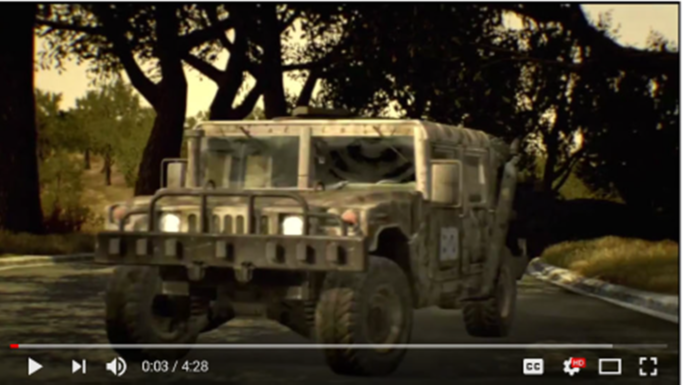 A federal judge in New York recently held that the First Amendment right to convey realism in video games can outweigh trademark rights.

Activision Blizzard makes one of the world’s most popular video games. Call of Duty is a series, currently comprising 16 “core game” titles, which features first-person military action: The player takes control of a soldier and fights in specific conflicts throughout history. One of the tenets of Call of Duty is to provide a realistic portrayal of the military conflict during the particular time period.

In 2017, AM General, the maker of the well-known Humvee military vehicles, filed suit, alleging that the depiction of Humvee vehicles in Call of Duty infringed on its registered Humvee trademark and trade dress rights. In eight of the game’s titles, one can see and interact with a Humvee, or characters in the game refer to it by name. In the Modern Warfare 3 title, for example, a character says, “One of the Humvees has been hit.”

Activision used the Humvee in promoting Call of Duty as well. The trailer for Modern Warfare 2, for example, shows several soldiers getting into a Humvee. All of this, AMG argued, leads consumers to believe there is some affiliation or sponsorship between AMG and Activision. AMG alleged trademark infringement, false advertising, and trademark dilution.

Activision did not deny that Humvee is named and depicted in these games—they argued they had the right to use AMG’s Humvee marks, however, in trying to illustrate warfare realistically. In the decision of March 31, the court granted Activision’s motion for summary judgment, agreeing that the First Amendment protected Activision’s depiction of Humvees.

In the Second Circuit, where the trial court is located, the standard for balancing trademarks against First Amendment rights is known as the Rogers test, named for Rogers v. Grimaldi (1989). Under that test, the balance between trademark rights and free speech “will normally not support application of the Lanham Act unless [1] the use of the plaintiff’s name [or in this case AM General’s trademark] has no artistic relevance to the underlying work whatsoever, or [2] if it has some artistic relevance, unless the title explicitly misleads as to the source or the content of the work.”

For the references to Humvee’s marks to have “no artistic relevance,” their inclusion in the games would have to serve no purpose within the expressive work other than as a reference to the Humvee brand. Activision argued that Call of Duty is an expressive work that attempts to accurately depict modern warfare: Humvees have been deployed widely in modern warfare, so their inclusion in a videogame about contemporary military conflict represents nothing more than a realistic depiction.

The Court agreed: While “[i]t was metaphysically possible for [Activision] to have produced video games without the presence of Humvees . . . [i]f realism is an artistic goal, then the presence in modern warfare games of vehicles employed by actual militaries undoubtedly furthers that goal.”

Activision satisfied the second prong of the Rogers test as well. While the Humvee is a strong trademark, and there was some evidence as to potential confusion as to association between the entities, the purpose of each party’s use was sufficiently distinct to overcome that concern. AMG’s purpose in using its mark is to sell vehicles to the military, while Activision’s purpose is to simulate the modern warfare environment for game players.

Consumers also generally recognize that including a familiar product in a video game or movie does not imply the brand owner’s endorsement of the use. Because of this, the court found Activision’s inclusion of Humvees in the Call of Duty games was not explicitly misleading.

This decision was not altogether surprising. Courts have been reluctant to find that trademark rights outweigh First Amendment protection for expressive work. At least in the Southern District of New York, the First Amendment protects the use of others' trademarks, if the purpose is of the use is to give a creative work an air of realism.