No License, No Chips: Qualcomm’s Controversial Licensing Strategy Is Not an Antitrust Violation 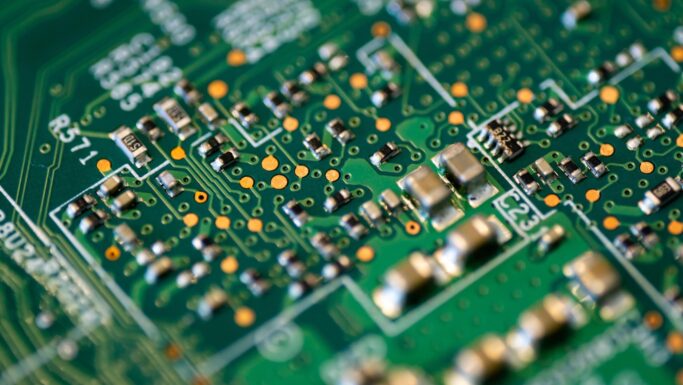 Qualcomm has for years dominated the market for cellphone chips. Its patented technologies have been included in many cellphone standards on the condition, common among standards setting organizations (SSOs), that Qualcomm make its standard-essential patents (SEPs) available to all on fair, reasonable and non-discriminatory (FRAND) terms. This practice of requiring FRAND commitments acts as an antidote to potential antitrust liability that may arise when competitors discuss and agree upon common trade practices.

In response to judicial doctrines, including the first-sale doctrine which prevents a patent holder from charging royalties at multiple levels of the distribution chain, Qualcomm developed a novel licensing strategy that came to be known as “No License, No Chips.” It refused to license its patents to its competitors, but it waived its right to enforce them with respect to chips made by its competitors and sold to cellphone makers who had licensed the patents directly from Qualcomm.

In 2014, this practice was attacked by the antitrust authorities in China. This matter resulted in a settlement in which Qualcomm reduced its royalty rates charged for cellphones made and sold in China by 35%. Qualcomm was able to avoid deeper cuts by making a contribution of $150 million to the Chinese government. Antitrust investigations and penalties against Qualcomm have also occurred in Japan, Korea, Taiwan and Europe.

Among the indicia of Qualcomm’s bad behavior, the trial court noted Qualcomm’s substantial payment to Apple to persuade it not to switch to Intel as a source for its cellphone chips. (While this caused Apple to stick with Qualcomm for a while, it eventually did change to Intel.) The court also stressed that Qualcomm often charged higher royalty rates for its patents if cellphone manufacturers used competing chip makers.

The trial court noted that Qualcomm’s failure to adhere to its FRAND commitment raises antitrust red flags, and held that practice against it. It observed several ways in which this licensing practice harmed its competitors, such as by depriving them of opportunities to engage in field testing of their products, hurting their standing in SSOs, and stunting the development of standards that did not rely on Qualcomm technology.

At the end of a 233-page opinion, the court ordered Qualcomm to modify its business practices dramatically. It ordered Qualcomm, among other things, to make its SEPs available to chip suppliers on FRAND terms and to submit, if necessary, to arbitral or judicial dispute resolution to determine such terms. Qualcomm appealed the ruling to the Ninth Circuit Court of Appeals.

This case engendered a rare split between government agencies, with the Department of Justice arguing that the FTC was wrong in its interpretation of antitrust laws and was endangering national security by damaging Qualcomm’s leadership in the development of 5G. In that respect the DOJ was backed by the Departments of Defense and Energy.

On August 11, 2020, a three-judge panel of the 9th Circuit reversed the trial court. In the view of the appeals court, the trial court focused too much on harm to cellphone makers and the public that resulted from the high royalties that Qualcomm was able to exact. The focus must instead be on the effect of Qualcomm’s practice on its competitors. Since the competitors were able to make and sell chips using Qualcomm technology as long as the sales were made to cellphone makers that had licensed Qualcomm’s technology from Qualcomm, there was, the court held, no harm to the competitors.

The court did not overlook Qualcomm’s failure to adhere to its FRAND commitments, but said it did not rise to the level of an antitrust violation. For support, it cited an amicus brief submitted by Paul R. Michel, retired Chief Judge of the Court of Appeals for the Federal Circuit, who said that FRAND violations are essentially contract disputes between private parties engaged in the pursuit of technological innovation, and that it would be a mistake to use “the hammer of antitrust law . . . to resolve FRAND disputes when more precise scalpels of contract and patent law are effective.”

The court also discussed an FTC argument rooted in Federal Circuit case law that ties the royalty damages available to a suing patent holder to the price of the “smallest salable patent-practicing unit," which in this instance is probably the chip, not the cellphone. This theory of damages, while appropriate in patent litigation, has no place in antitrust law, said the court.

As for the deal that Qualcomm struck with Apple, the court expressed some concern about its propriety, but noted that Apple had turned to Intel to source its chips at least two years before the FTC filed its complaint against Qualcomm. This fact undercut the trial court’s reliance on the deal as a basis for issuing an injunction.

Qualcomm’s practice of licensing its SEPs exclusively at the cellphone maker level does not amount to anticompetitive conduct, the court concluded, because Qualcomm is under no antitrust duty to license rival chip suppliers. The court refused to determine whether Qualcomm had breached its FRAND commitments, but said that the remedy for any such breach lies in contract and patent law.

Finally, the court said that Qualcomm’s patent-licensing royalties and sales policy do not impose an anticompetitive surcharge on rivals’ modem chip sales. Instead, these aspects of Qualcomm’s business model are “chip-supplier neutral” and do not undermine competition in the relevant antitrust markets.

Both the trial court and the appeals court missed the mark in significant ways. The trial court and the FTC spilled considerable ink complaining that Qualcomm had managed to extract high royalties for its patents. They seem to have overlooked the fact that patents are a grant of a monopoly, one that allows the owner to charge what the market will bear.

On the other hand, the appeals court paid no attention to the discriminatory royalties that Qualcomm charged to cellphone makers who also bought chips from suppliers other than Qualcomm. How can that practice be viewed as harming only the customers of Qualcomm, not its competitors?

It is not clear whether the FTC will ask for further review of this case. That agency now has a majority of Republican commissioners, some of whom have opposed the FTC’s initiation of this case in the first place.

So for now, the case stands for the proposition that, in the United States, a manufacturer may skirt its FRAND obligations by refusing to license its patents to its competitors, and limit its patent licensing to downstream manufacturers making high-value products with its patent components, charging royalties based upon the value of the end product, not just the component, without running afoul of the antitrust laws.

However, the manufacturer still faces exposure under contract law for violation of its FRAND commitments, as Qualcomm itself experienced in 2007 when it sued Broadcom for patent infringement that arose from Broadcom’s adherence to an industry standard.

The trial court ruled in that case that Qualcomm had failed to honor its commitment to disclose its SEPs to the SSO that promulgated the standard and of which Qualcomm was a member. As a result, Qualcomm’s patents were held unenforceable against practitioners of the standard and Qualcomm was required to pay Broadcom’s attorneys’ fees. This ruling was upheld by the Federal Circuit Court of Appeals.