Litigate Your Trademark Rights With Care, No Matter what Forum You’re In 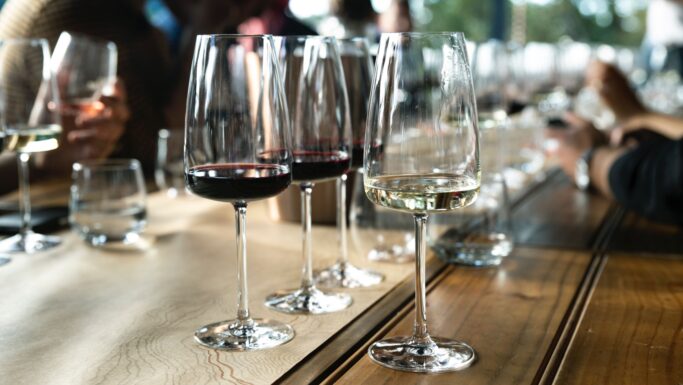 A recent trademark ruling illustrates the rising stakes of proceedings before the Trademark Trial and Appeal Board: Increasingly, the TTAB will have the final word on issues it decides. (The TTAB is an administrative tribunal within the Patent and Trademark Office that resolves disputes over the registration of U.S. trademarks.)

In Cesari S.R.L. v. Peju Province Winery, a federal trial judge in New York barred a vineyard from relitigating a likelihood-of-confusion dispute that the TTAB had decided 13 years earlier.

Cesari, an Italian winery, obtained U.S. trademark rights in the mark LIANO, for wines, in 2001. In 2004, it opposed the application of a California winery, Peju Province, for the mark LIANA, also for wines. The TTAB agreed with Cesari that Peju’s application for LIANA should be rejected due to the likelihood of its being confused with LIANO. For one thing, the marks were “almost identical.” For another, the goods were “identical.”

On the latter point, Peju had argued that the goods sold under the respective marks were not identical because Cesari’s wine was a Sangiovese/Cabernet Sauvignon from Italy and Peju Province’s was a late harvest Chardonnay dessert wine from Napa. The TTAB rejected this distinction because, before that tribunal, deciding whether a mark may be registered turns on how the goods are identified in the trademark application. Both Cesari and Peju described the goods covered by their marks as “wines.”

Peju Province did not appeal the TTAB’s decision or try to file a new application with a narrower description of goods. It simply continued to produce its Chardonnay under the LIANA mark.

Many years later, Peju filed a new application for LIANA, this time for all alcoholic drinks except beer. Cesari rose up yet again, filing a trademark infringement suit in federal court.

The issue before the court was whether Peju was precluded from relitigating the issue of likelihood of confusion that it lost before the TTAB in 2004. The court focused on one of the key factors necessary to establish issue preclusion: whether the issue in both proceedings was identical.

As to this factor, the judge relied on the Supreme Court’s decision in B&B Hardware v. Hargis Industries (2015), an opinion that made waves in trademark circles when it issued in 2015 but whose impact is still undetermined. As we discussed at the time, the high court decided that TTAB rulings would be binding in later federal litigation over the same marks if “the usages adjudicated by the TTAB are materially the same as those before a district court.”

As Judge Buchwald noted in deciding Cesari, the likelihood-of-confusion analysis in federal court differs from that used in the TTAB. In an infringement lawsuit, the court determines likelihood of confusion by looking at the parties’ actual use of the marks in commerce.

The TTAB, by contrast, looks only at the trademark registrations and applications at issue and not to the parties’ real-world use of the marks or to any common-law rights they may have acquired through such use. For that reason, a TTAB decision by its nature will not resolve the likelihood-of-confusion issue regarding any uses that are not apparent from the face of the registration or application.

Thus, for example, if Peju were selling aperitifs, liqueurs or drink mixes under the LIANA name, the TTAB’s 2004 ruling– which was based only on the “wines” that both Cesari and Peju identified as the goods covered by their respective marks–would not have preclusive effect.

As it happens, Judge Buchwald found that there was no gap between Peju’s current marketplace use of LIANA and the use adjudicated 13 years earlier. In both time periods, that use was the sale of wine. Keen to avoid preclusion, Peju argued that the two uses were not “materially the same” because the issue in 2004 was a registration covering all “wines,” while in federal court, the case is limited to Peju’s use of LIANA only on expensive wines from Northern California aimed at “sophisticated customers.”

The court was unpersuaded. “The marketplace usage the TTAB considered, wines, entirely encompasses the narrower usages” that Peju pointed to in this litigation.

In light of the Supreme Court’s B&B Hardware decision and the federal district court ruling in Cesari, parties should take caution to litigate TTAB proceedings with care because they could have a preclusive effect in an infringement action. This is especially true where the identification of goods in the initially rejected application is broad enough to cover the narrower actual use.

The Roman poet Ovid wrote: Where there is much wine, sorrow and worry take wing. He could have been anticipating Peju’s chagrin over its trademark losses in two separate forums.