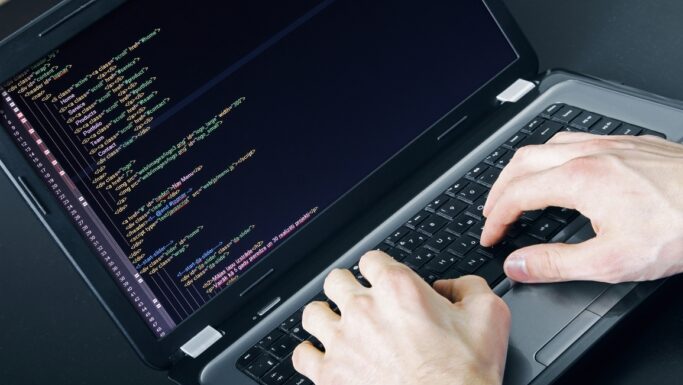 The Supreme Court’s 2014 decision in Alice v. CLS Bank held that software claims to computer-based financial hedging were patent ineligible because they were directed to an abstract idea and, taken as a whole, they failed to define an inventive concept “significantly more” than the ineligible abstract idea of hedging. Although Alice was viewed as potentially the death knell for software patents, a cluster of recent decisions by the Federal Circuit has made it less difficult to overcome challenges to software patents based on Alice.

In Alice, the Supreme Court adopted a two-step process for evaluating patent eligibility. Under step one, a court is to determine whether the claims at issue are directed to an abstract idea. If so, under step two, the court will next “examine the elements of the claim to determine whether it contains an ‘inventive concept’ sufficient to ‘transform’ the claimed abstract idea into a patent-eligible application.”

In Finjan, Inc. v. Blue Coat Systems, Inc., decided January 10, 2018, the Federal Circuit affirmed a trial court’s ruling that claims to “identifying and protecting against malware” are eligible for patenting, even in the face of the Alicedecision. In doing so, the Federal Circuit said that it did not even have to reach step two in the Alice patent eligibility analysis.

The Federal Circuit had previously held that “[b]y itself, virus screening is well-known and constitutes an abstract idea.” Similarly, “performing the virus scan on an intermediary computer—so as to ensure that files are scanned before they can reach a user’s computer—is a ‘perfectly conventional’ approach and is also abstract.” According to the Federal Circuit, the claimed method “does a good deal more” than these abstract ideas.

Normally, doing “a good deal more” would seem to take the analysis to step two of the Alice analysis. However, the Federal Circuit said that the analysis need not go beyond step one. Because “the security profile ‘identifies suspicious code,’” it “allows the system to accumulate and utilize newly available, behavior-based information about potential threats. The asserted claims are therefore directed to a non-abstract improvement in computer functionality, rather than the abstract idea of computer security writ large.” As a result, the Court said that the eligibility analysis ends at step one.

Core Wireless asserted patents with claims directed to the user interface against LG Electronics. LG lost at trial and appealed on the ground that the claims were patent ineligible.

The Federal Circuit applied the Alice test, citing its recent decisions (which we reported in October 2017 and June 2016) to explain the required analysis:

At step one, we must “articulate what the claims are directed to with enough specificity to ensure the step one inquiry is meaningful.” Although there is “difficulty inherent in delineating the contours of an abstract idea,” we must be mindful that “all inventions at some level embody, use, reflect, rest upon, or apply laws of nature, natural phenomena, or abstract ideas.” We also ask whether the claims are directed to a specific improvement in the capabilities of computing devices, or, instead, “a process that qualifies as an ‘abstract idea’ for which computers are invoked merely as a tool”.

Applying this standard, the Federal Circuit concluded that “[t]he asserted claims in this case are directed to an improved user interface for computing devices, not to the abstract idea of an index, as argued by LG on appeal. . . Like the improved systems claimed in Enfish, Thales, Visual Memory, and Finjan, these claims recite a specific improvement over prior systems, resulting in an improved user interface for electronic devices.” On that basis, the Federal Circuit held the Core Wireless interface to be patent eligible under step one, thus eliminating any need to consider step two of the Alice analysis.

A third decision, Berkheimer v. HP Inc., issued by the Federal Circuit on February 8, 2017, addressed how step two of the Alice analysis should be carried out.

The patent in question claimed a system of digitally processing and archiving files. The system parses files into multiple objects that it then analyzes and compares to archived objects to eliminate redundant storage of common text and graphical elements, thus improving system operating efficiency and reducing storage costs. The system allows a user to carry out a “one-to-many” editing process in which a change to one object carries over to all archived documents containing the same object.

Under Alice step one, the Federal Circuit found that the claims at issue were directed to a patent ineligible abstract idea. The court continued by saying “[a]t step two, we consider the elements of each claim both individually and as an ordered combination to determine whether the additional elements transform the nature of the claim into a patent eligible application. . . The second step of the Alice test is satisfied when the claim limitations involve more than performance of ‘well-understood, routine, [and] conventional activities previously known to the industry.’”

The Federal Circuit held that “[t]he question of whether a claim element or combination of elements is well-understood, routine and conventional to a skilled artisan in the relevant field is a question of fact. Any fact, such as this one, that is pertinent to the invalidity conclusion must be proven by clear and convincing evidence.” The Federal Circuit remanded the case to the trial court for a consideration of this factual question.

The outcome of this cluster of cases is that an increasing variety of software inventions may qualify under Alice step one as improving the operation of computers and therefore be patent eligible. And if the analysis gets to step two of Alice, one can now argue that, as a factual matter, the invention is not “well-understood, routine and conventional to a skilled artisan in the relevant field.” In patent prosecution, such an argument can be bolstered by a declaration based on evidence in the record.

The dark clouds over patenting of computer software brought by the Supreme Court’s Alice decision have parted a bit to allow a little more sunlight into the patent process.