IP Considerations For Distinctive Moves and Other Content in Video Games 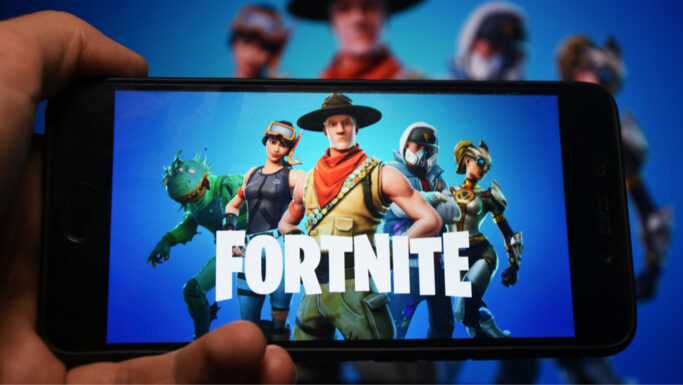 Several entertainers, including Brooklyn rapper 2 Milly, Alfonso Ribeiro, and Instagram’s “Backpack Kid” and “Orange Shirt Kid”, sued Epic Games, Inc., the owner of the popular game Fortnite. What do all of these individuals have in common? As it turns out, they are suing for one common goal- to protect their signature dances.

Alfonso Ribeiro, the actor who played “Carlton” on the hit TV show the Fresh Prince of Bel-Air, is well known for his “Carlton dance.” The other plaintiffs are also recognized for their dance moves - and they want that recognition, and the benefits that come along with it, to stay with them. But Fortnite creators also want to use these popular moves.

The Fortnite game is free to play. Users select avatars to represent them in the game and can purchase an “add-on” for their avatars. One such add-on is an “emote”, which allows the avatar to express emotion when it does something successful through dance. The dances at issue here are being sold as emotes on the popular game. So if a player wants his or her victory dance to be “the Carlton,” the player will have to pay up. The plaintiffs are trying to stop that from happening, or at least to share in the revenue.

The Plaintiffs claim copyright in their dances. Under U.S. law, a dance can be protected by copyright if it is a choreography, but “social dance steps and simple routines” are not copyrightable. This is the crux: Are these dances enough to qualify as choreography?

For example, a simple plié is not copyrightable but a ballet, which incorporates pliés, is. But what if the dance is somewhere in the middle? More than one or two moves, but not as complex as a ballet? That is what the plaintiffs hope to find out.

In March, all of the lawsuits were dropped when the Supreme Court issued a ruling that people must complete their registration with the Copyright Office before they can sue for copyright infringement. Ribeiro’s application had already been denied registration earlier in the year, a decision he has appealed.

David L. Hecht, attorney for 2 Milly, says that Epic has gotten in trouble with this sort of issue in the past. He notes that incorporating dance moves from the hip-hop community in particular is “brazenly misappropriating the likeness and intellectual property of talent.” For some plaintiffs, like 2 Milly and BlocBoy JB, their dances originated in music videos that are in the process of being registered with the Copyright Office. Since music videos are protected by copyright, these plaintiffs have a stronger chance of proving copyright infringement.

Courts are willing to protect copyright owners where the infringement is blatant. In a recent court case, Take-Two, developer of the popular video game NBA 2K16, was sued by a tattoo company that claimed copyright in the tattoos that were recreated on the athletes depicted in the game. Take-Two argued that the tattoos were only fleetingly visible and therefore only constituted de minimis use. However, the plaintiffs observed that consumers could control how much and how often they could see the tattoos. The court denied Take-Two’s motion for dismissal.

The court in Take-Two focused on how the video game players themselves could determine what they wanted to interact with throughout the game. As games become more interactive, could this factor change how courts approach these types of issues? It would seem so. In Fortnite, the players can purchase the dances and view a particular dance several times over. Because the video games can be controlled this way, copyright holders might have stronger arguments to prevail on an infringement claim.

What other avenues of recovery might be available for these plaintiffs?

They could possibly assert a violation of their right of publicity, a right based on state law that reserves for an individual the right to exploit his or her name or likeness. The issue is whether each dance move is identified with its performer such that the public associates the two. The right of publicity has extended to include voices. Once again, however, these plaintiffs are treading into uncharted territory. There is no settled law that a right of publicity would extend to dance moves.

Even so, courts have given thought to a right of publicity concerning dance routines. A film titled Ginger and Fred depicted two cabaret dancers whose routine emulated Fred Astaire and Ginger Rogers. Ms. Rogers sued for violation of her right of publicity and for Lanham Act violations. In Rogers v. Grimaldi, her lawsuit eventually focused on the use of her name in the title to the movie, not her dance moves. She ultimately lost on both counts because the Court held that the First Amendment protected the use of her name in the movie title unless (1) the use of her name had no artistic relevance to the underlying work whatsoever, or (2) it has some artistic relevance, but explicitly misleads as to the source or the content of the work. This test, now known as the Rogers test, is the leading standard for deciding which right trumps the other: a celebrity’s right of publicity and a content creator’s right of free speech under the First Amendment.

Video games, in particular, have struggled with the clash of these interests. In 2011, the band No Doubt sued Activision Inc., makers of the game Band Hero, and won. A California court applied a transformative use test: If a work contains significant creative elements that distinguishes it from the original, it merits First Amendment protection, especially since it is less likely to interfere with the economic interest protected by the right of publicity. In No Doubt, the court held that Activision had used the likeness of the No Doubt band members in their video game with no transformative element.

In 2015, courts again had to face the right of publicity in the video game setting. There, football legend Jim Brown sued Electronic Arts for using his likeness as an avatar in its Madden NFL video game. Although Brown lost at the federal level, he was able to prevail in state court where the court applied the transformative use test. The avatar’s characteristics, said the court, were substantively identical to Brown’s and therefore failed the transformative use test.

In the Fortnite setting, the dance moves are not transformed in any way. Although the avatars do not resemble the plaintiffs, the moves they perform create an immediate association with them.

There are certainly policy considerations regarding the dance move issue. If they are strictly held copyrightable and/or attached to a right of publicity, this could drastically limit where, when and how people dance. With platforms such as Instagram and YouTube, it would be extremely difficult, time-consuming and expensive to regulate.

The Fortnite plaintiffs have several potential avenues of recovery. Although video games are often afforded significant protections under the First Amendment, there is still a strong chance that these plaintiffs could prevail because the dance moves are sold in the form of emotes. In addition, because game players can replay a particular dance as many times as they like, courts are likely to take this aspect of the game into consideration when conducting an infringement analysis.

Video games continue to challenge traditional notions of IP rights and interests. While the games are entitled to certain protections to ensure free expression, their immense popularity can also pose a serious threat to third party IP interests. As video games become more interactive, courts will likely take a closer look at what infringing activity may be occurring.