The Nagoya Protocol: Regulating Research in the Wake of Biopiracy 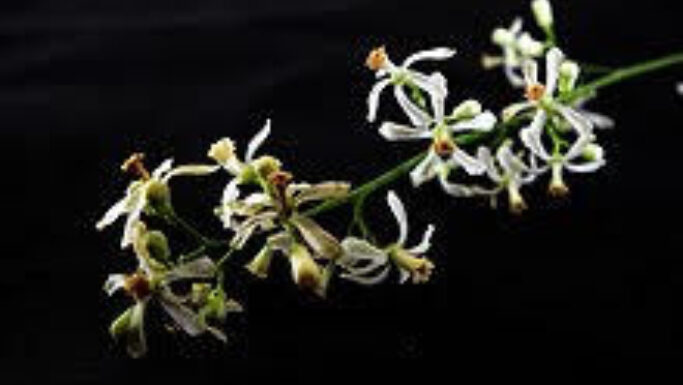 What if I told you that there was a plant that could be used to treat diabetes, liver problems, ulcers, leukemia, and malaria? Understandably, you would want that plant to be studied and turned into medicine if possible.

What if many properties of this “miracle” plant were discovered not in a lab but by the people who were indigenous to the locale where that plant is from? From this arises many questions about credit, profit-sharing, and cultural sensitivity. The development of a rich scientific knowledge base may conflict with other important values that some societies uphold. How do we uphold the values of our intellectual property system while introducing new protections in the interest of fairness and proper attribution?

This miracle plant is not hypothetical. Quassia Amara, a native plant to the tropical areas of Central and South America, can be used to treat a wide variety of diseases and conditions, and has been used locally as a medicine to treat rheumatoid arthritis, malaria, and ulcers. And in 2015, an extract of this plant, Simalikalactone E (SkE), was at the heart of a fierce biopiracy debate that included accusations of unethical scientific practices in the research that was the basis for a patent granted by the European Patent Agency.

Biopiracy is the appropriation and exploitation of biological materials, such as plants, that are local and/or traditional to certain communities, without crediting or compensating those communities. The countries with the greatest degree of biological diversity are not the ones most able to exploit those natural resources. It is estimated that up to 80% of the world's population depends on traditional medicine for health care, and that 80% of the world’s biodiversity is located in communities that use traditional medicine. Adding to the potential for conflict is that these patterns mirror historical patterns of colonialism. This debate revolves around issues of recognition (credit), consent and fairness.

Oftentimes the supposed “inventors” do not credit the local communities that their research copies and/or builds on, passing off other people’s work as their own. Traditional knowledge is often passed down orally, making it difficult to prove prior inventorship. Nonetheless, novelty challenges have arisen in cases of biopiracy, as with a United States patent, which had been granted for basmati rice.

When conducting research abroad, foreign researchers often survey indigenous communities for information. Biopiracy often results when this research is done without informing local people of the purpose of that the survey. Informed consent, which demonstrates respect for a person’s autonomy, is one of the major principles of conducting ethical research. There is no shortage of horror stories that demonstrate what goes wrong when that basic principle is not honored. In the case of Quassia Amara, France’s Research Development Institute surveyed the Creole people in French Guiana, as well as members of the Kali’na and Paliku indigenous groups, about their traditional medicine without acknowledgement or their informed consent.

If the research is commercialized, foreign manufacturers often profit from exploiting efforts that are not their own, but those of the indigenous communities. The efforts being exploited can reflect generations of received wisdom but these communities see no financial return. The fact that medical benefits are discovered and developed over long periods makes it more difficult to calculate an appropriate benefit-sharing scheme to mediate between competing interests.

A patent grants a right to exclude others from the use of the claimed invention for a period of time. If a pharmaceutical patent covers a traditional indigenous medicine in the country from which the material was grown or found, then the people from whom this resource originated can be legally barred from continuing to use it as they did before the patent was granted. There have been reported instances in Colombia of farmers not being able to collect and plant seeds from plants that they have cultivated for hundreds of years.

Countries with greater biodiversity wish to hold foreign companies accountable for their exploitation of local resources, but if they are too severe they might inhibit research that could provide substantial economic opportunity to indigenous communities. In order to help reach an understanding between host communities and foreign researchers, the United Nations’ Convention on Biological Diversity created the Nagoya Protocol.

The Nagoya Protocol is a legally binding international treaty supplement (or “protocol”) that entered into force on 12 October 2014. Its objective is to maintain the “fair and equitable sharing of the benefits from the utilization of genetic resources.”

Some of the commitments in the Nagoya Protocol include:

There are 138 signatories to the Nagoya Protocol, including the European Union. Although the United States is not a signatory, the protocol nonetheless affects American companies and individuals. Companies that aim to obtain information and get patents in countries that are signatories to the treaty must abide by the rules of those countries that exist to comply with the Nagoya Protocol. For example, Sambazon Inc., a California-based company, found itself at the heart of an investigation conducted by Brazilian prosecutors for the alleged illegal use of genetic components of the açai berry in its nutritional supplements. To figure out how to comply with the Nagoya Protocol, there is an Access and Benefit-Sharing Clearing House website that describes the policies of each country that is a signatory.

Host countries have required or implemented the following in order to enforce the Nagoya protocol:

Why is the Nagoya Protocol especially relevant now?

From December 7 – 19, 2022, there will be a United Nations Convention on Biological Diversity in Montreal. Over 10,000 delegates, including representatives from the United States, will attend. One of the hot topics at this convention will be digital sequencing information (DSI). DSI includes genetic sequences that are accessible and shared online, often openly and freely. DSI databases are huge, comprising billions of digital sequences.

Many companies use DSI as a loophole around Nagoya, slightly altering the information they need to avoid obligations to pay royalties or give credit. One example of the loophole: when Regeneron relied on West African genetic sequence data in creating a novel Ebola drug known as Inmazeb, it used a sequence of Ebola that it found on a databank that required benefits agreements for physical samples of the virus. Guinea exclusively owns the virus sample that went into the development of the drug, but Regeneron is not required to share anything with that country because it used a digital sample instead of a physical one. The growing accessibility of DSI threatens many of Nagoya’s policy objectives.

A couple of amendments to the Nagoya Protocol have been proposed to close the DSI loophole. The first solution, one that Brazil uses, is to provide an “ethical biotrading” certification to reward companies that comply with its Nagoya-inspired regulations, which include paying 1% of revenue into a fund and reporting the use of Brazilian genetic resources. The second solution is to create a giant database, the Amazon Bank of Codes, in order to make it easier to share information, while tracking who is using the database using block chain. This would create digital footprints that would make it easier to track who owes royalty payments to local communities.

While countries already are free to regulate DSI on their own, the Nagoya Protocol ensures broader compliance and accountability as it generates cooperation agreements, and ensures that countries have dispute resolution mechanisms. More widely adopted regulations will ensure that companies across the world will be put on notice to be careful about the source of their digital information. If companies are not attentive, they may face civil and criminal penalties and reputational harm.

While the Nagoya Protocol may appear in some instances to stifle research, it creates uniformity and transparency with a goal towards the open exchange of information. If anything, it proves that that goal can be achieved while upholding the values of both interest groups that are the source of the DSI and our intellectual property system.

About the article's photograph:

This is a photograph of the bud of the neem tree, used in India for 2,000 years as a bug repellant and patented in the US in 1985 for use in an antifungal spray.

The photograph was taken by Varinder Sharma, a native of Faridkot, Punjab, India. It is licensed under the Creative Commons Attribution-Share Alike 4.0 International license.