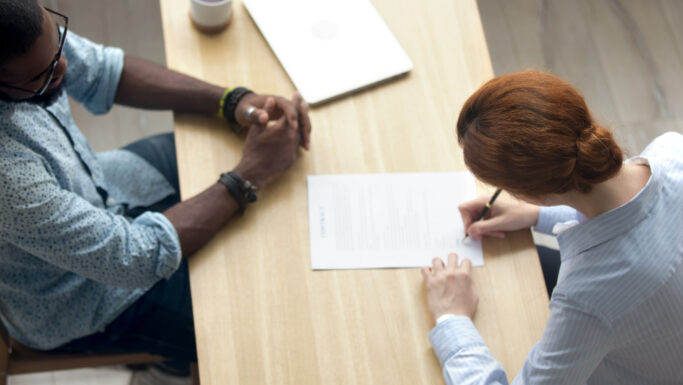 A patent infringement and breach of contract lawsuit in San Francisco may result in a sea change in the ability of licensees to challenge the validity of patents covered by their license. At stake is whether patent owners can wield a standard forum-selection clause found in virtually all patent licenses to avoid inter partes review (IPR) and other procedures introduced by the America Invents Act (AIA) in 2011.

The genesis of Dodocase VR, Inc. v. MerchSource, LLC is a license agreement for patented technology relating to virtual reality headsets. In the agreement, MerchSource, the licensee, agreed not to challenge the validity or enforceability of the patent. The agreement also said that the laws of the State of California would govern any dispute arising out of or under the agreement, and included a forum selection clause that identified the courts in Orange or San Francisco counties in California as the places where any disputes would be litigated.

MerchSource became dissatisfied with the terms of the license and told Dodocase that it believed the licensed patents to be invalid. Ultimately, MerchSource stopped paying royalties, prompting Dodocase to sue MerchSource in federal court in San Francisco.

MerchSource responded by requesting that the Patent Trial and Appeal Board (PTAB), an administrative law body of the Patent and Trademark Office, initiate an IPR of the claims of one licensed patent; and by filing petitions for post-grant review (PGR) of two other licensed patents at the PTAB.

Dodocase asserted that MerchSource’s petition to the PTAB violated the license because the forum-selection clause limited MerchSource’s recourse to state or federal courts in California. Those courts have no jurisdiction to entertain an IPR or a PGR, only the PTAB does.

The district court struck down the “no-challenge” clause of the license agreement, citing the Supreme Court’s decision in Lear v. Adkins (1969), which held that contractual restrictions on validity challenges may be void where policy grounds favor challenges to validity. Under the Lear doctrine, a clause that prohibits licensees from challenging the validity of patents is generally not enforceable, even where freely agreed to.

Nonetheless, the district court granted Dodocase’s request for a preliminary injunction, finding that it was likely to prevail in its claim that MerchSource had breached the forum selection clause of the license agreement. The district court ordered MerchSource to withdraw its PTAB petitions.

MerchSource appealed to the Federal Circuit, which affirmed the district court’s decision. The appellate court agreed with Dodocase that MerchSource’s patent challenges constituted a dispute that arose out of or under the contract, relying on its long-ago decision, that “the governing law clause. . . in any patent license agreement necessarily covers disputes concerning patent issues.” Texas Instruments Inc. v. Tessera, Inc. (2000).

The decision by the Federal Circuit panel may be too tidy. The passage of the AIA and the creation of AIA proceedings long after the Texas Instruments ruling may give MerchSource a ray of hope. In its petition for rehearing en banc (that is, by the entire Federal Circuit bench), MerchSource has asked the court to consider whether, in a post-AIA landscape, a party may contractually waive its right to file an IPR petition.

Indeed, a mere two months before its Dodocase decision, the Federal Circuit noted that Congress intended, through the creation of various post-grant procedures, to increase the public’s confidence in the patent system’s ability to weed out bad patents. See our article here.

The petition for rehearing en banc has drawn notice from law professors and industry groups, each of which have filed amicus briefs in support of the petition. The law professors’ brief (in which David Olson, my own professor at BC Law, participates) argues that strictly enforcing boilerplate forum-selection language would thwart the intent of Congress to facilitate licensee validity challenges before the PTAB. Similarly, the industry brief argues that such clauses in pre-AIA licenses should not be read to limit AIA proceedings.

Can a standard governing-law provision really cost a licensee its right to use AIA procedures to challenge the validity of the patent it is licensing? For obvious reasons, the fate of MerchSource’s petition holds great significance for both patent owners and licensees. At a minimum, Dodocase v. MerchSource shines renewed light on the importance of carefully reviewing forum selection clauses. Parties would be wise to view boilerplate language with suspicion.