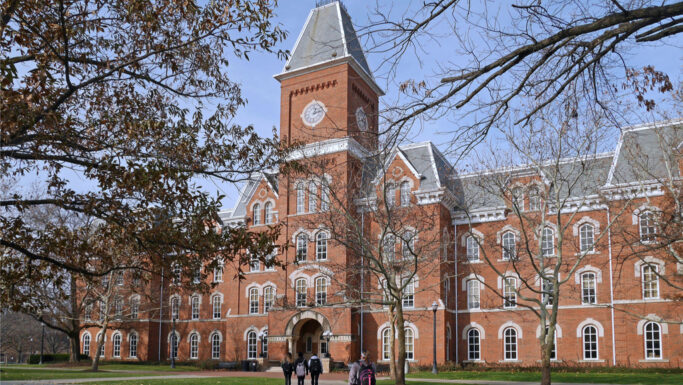 Under constitutional principles of United States law, states generally enjoy sovereign immunity. This immunity, enshrined in the 11th amendment of the US Constitution, bars private parties from bringing lawsuits against the states in federal courts established under Article III of the Constitution. State universities, as arms of the state, can invoke the same immunity.

However, it has been long held that this immunity does not apply to lawsuits—including agency proceedings—initiated by the United States against a state. The Federal Circuit now holds that this principle means that patents owned by state universities may be challenged in inter partes review (IPR) proceedings.

The America Invents Act, of 2011 (“AIA”), introduced IPRs, which allow private parties to challenge patent validity, based on prior art they may submit, in proceedings conducted by the Patent Trial and Appeal Board (PTAB). In Regents of the Univ. of Minn. v. LSI Corporation, the Federal Circuit considered whether state sovereign immunity bars IPR proceedings from invalidating state-owned patents.

This case involved two corporations that had petitioned to institute an IPR challenging the validity of patents owned by the University of Minnesota. They did so because UMN had filed an infringement suit against them in federal court. UMN sought to dismiss the IPR proceedings on the basis of sovereign immunity. The PTAB rejected this argument and UMN appealed.

The Federal Circuit affirmed the rejection, holding that immunity did not apply since the IPR proceedings were effectively between the United States and UMN.

UMN contended that state sovereign immunity applies to IPR proceedings because, unlike lawsuits brought by the United States, they are entirely a dispute between a private party (the petitioner) and the state, and share similarities with Article III proceedings to which states are typically immune. The core issue addressed by the court was therefore whether the IPR initiated by LSI Corp. in fact constitutes an Article III proceeding between a private party (LSI) and the state (Minnesota), or rather constitutes an agency proceeding between the United States and the state.

In deciding this issue, the Federal Circuit looked to its recent decision in Saint Regis Mohawk Tribe v. Mylan Pharmaceuticals (2018) holding that tribal immunity does not apply to bar IPR proceedings. State sovereign immunity was not squarely addressed in that case, but the Court commented that “state and tribal sovereign immunity does not differ in a way that is material to the question of whether IPR proceedings are subject to state sovereign immunity.” Tribal immunity did not apply because the USPTO was acting as the United States, in its role as a superior sovereign, to reconsider a prior administrative grant—of a patent, that is—and to protect the public interest.

In the UMN case, the Court reasoned that private parties’ submission of prior art to institute an IPR may be considered assistance to the USPTO in its role in reconsidering patentability. An IPR, in short, is more like an enforcement action by the executive branch than a federal lawsuit between a private party and the state.

To support its view of the private party petitioner’s supporting role, the court walked through the legislative history of challenges that may be brought in the USPTO against issued patents. It said that some patents are inevitably granted in error because of increases in the number of patent application filings, difficulties retaining examiners, and limited opportunity for third parties to participate in patent examination.

To address this problem, Congress enacted in 1980 a post-grant opportunity for the public to submit relevant prior art to challenge the validity of a granted patent. Congress recognized the value of enlisting third parties to bolster public confidence in the patent system’s ability to weed out bad patents.

With the AIA, Congress introduced new post-grant procedures, including the IPR. Unlike earlier procedures, in which an examiner conducts the reexamination, the IPR is conducted by a panel of administrative judges and more closely resembles civil litigation.

The Federal Circuit thus views IPR proceedings as “designed to allow the USPTO to harness third parties for the agency to evaluate whether a prior grant of public franchise was wrong, a feature carried over from the inter partes reexamination.” Although the format of challenging issued patents has changed, IPRs do not alter the supporting nature of the role of third parties in the proceeding.

The Court leaned on three other factors in concluding that an IPR is more like a United States agency action than an Article III lawsuit brought by a private party:

First, it is the politically appointed director of the USPTO, not the private party petitioner, who ultimately decides whether to proceed against the patent owner--in this case, the state. Congress went so far as to bar judicial review of the director’s decision.

Second, the IPR does not necessarily terminate when there is no longer a “case or controversy." Even if the petitioner or patent owner elects not to participate, the PTAB can continue to a final written decision.

Third, the Federal Rules of Civil Procedure do not apply to IPRs as they do to federal lawsuits, and discovery and live hearings are likewise more limited.

Echoing the Supreme Court’s recent decision in Oil States Energy Services v. Green’s Energy Group (2018), upholding the constitutionality of the IPR proceeding, the Federal Circuit held that, despite the increased participation of third parties, an IPR is a proceeding between the United States and the patent owner resolvable in a non-Article III forum. Hence, state sovereign immunity does not apply.

In the wake of the UMN case, patents owned by state universities can more easily be challenged by private parties at the USPTO. For instance, if a state university files a patent infringement lawsuit against a party in federal court, as UMN did, that party now has the right to respond by seeking to institute an IPR to reconsider the patent’s validity. State universities are subject to validity challenges in the USPTO no less than are private owners of patents.