The On-Sale Bar to Patent Eligibility: When Does Experimentation End? 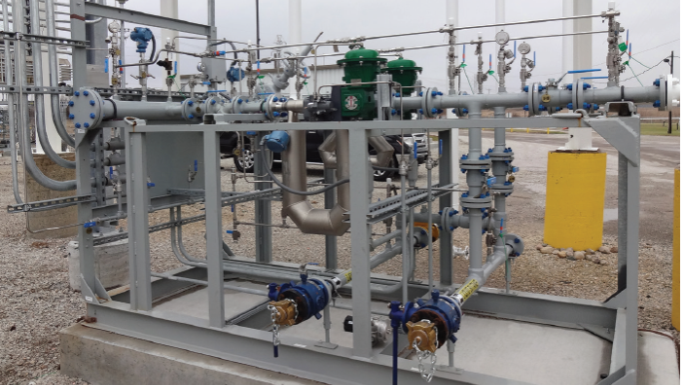 Sunoco Partners demonstrates that it can be difficult to prove experimental use, even though the inventors themselves testified that it was.

Section 102 of the U.S. Patent Act precludes the issuance of a patent if the invention has been in public use, or on sale, for more than one year before the filing of a patent application. This one-year “clock” is a part of the “on-sale bar” to patent eligibility. The other part—whether the invention is “ready for patenting”—is beyond the scope of this article.

In Electromotive Division of General Motors Corp. v. Transportation Systems Division of General Electric Co., 417 F.3d. 1203 (Fed. Cir. 2005), the court identified 13 factors to distinguish a commercial sale from experimental use. Among the factors are whether testing was systematically performed, the amount of control over the experiment retained by the inventor, whether there was a confidentiality obligation, whether payment was made, and the degree of commercial exploitation during the test.

A recent Federal Circuit opinion casts fresh light on the experimental use exception and demonstrates how different judges can evaluate the same facts under the same legal standard and come to opposite conclusions. The inventors in Sunoco Partners Marketing & Terminals L.P. v. U.S. Venture, Inc., controlled MCE Blending , which had a long-standing relationship with Equilon Enterprise LLC. Equilon agreed to be the first commercial customer for MCE’s new product, which automatically blends gasoline and butane when the blend is loaded onto trucks for delivery. The contract called for the product to be tested twice—once before delivery at an off-site location owned by a third party and again at the MCE facility, once the equipment was installed there.

MCE was eventually bought by Sunoco, which later sued U.S. Venture for using a product that infringed the patent that had issued to MCE’s inventors. U.S. Venture argued that the patent was invalid because the patent application was filed more than one year after the execution of the Equilon contract. Sunoco countered by saying that the contract was for experimental use.

The Equilon contract had another feature that generated debate: Equilon was never obligated to pay for the equipment that MCE installed. Instead, if the tests were successful, it was obligated to purchase 500,000 barrels of butane from MCE over a five-year period. U.S. Venture said that this purchase obligation was consideration for the sale of the equipment. The trial court judge disagreed, pointing out that the sale of butane was not a sale of the patented equipment and thus did not support the on-sale bar to patent eligibility.

On appeal, the Federal Circuit panel reversed the trial court on whether the Equilon contract constituted experimental use. The appellate panel regarded the cancellation clause in the contract as comparable to a contract it had evaluated earlier in Helsinn Healthcare S.A. v. Teva Pharmaceuticals USA, Inc. In that case, a contract for the purchase and sale of pharmaceuticals was contingent on approval by the Food and Drug Administration. The Federal Circuit panel held that it was deemed a contract for a commercial sale, not experimentation, even though the results of testing might have caused the contract to terminate.

The court also pointed out that the Equilon contract was styled as a sales contract and stated that MCE “has developed” (rather than “is developing”) equipment for blending gasoline and butane at terminal facilities. It made no reference to experimentation and called for a transfer of title to the equipment upon completion of the on-site testing.

As for the pre-installation testing, the court noted that it was not a necessary part of the Equilon contract and was done without the involvement Equilon. The court viewed the post-installation testing as ordinary acceptance testing that would be done in any sale of complex equipment. The testing protocols set forth in the contract were designed, said the court, to confirm that the equipment satisfied contractual warranties of performance, not to conduct experimentation.

Finally, the Federal Circuit panel disagreed with the trial court about the importance of the butane purchase commitment. In the eyes of the appeals court judges, the contract was a single integrated contract in which the commitment to purchase butane was in fact the consideration for the equipment being provided by MCE.

While the Sunoco Partners panel included in a footnote the 13 factors that Electromotive said are relevant to distinguishing commercial from experimental sales, the panel largely ignored the list in its analysis. The Sunoco brief marched through the 13 factors from start to finish, and many of them (such as the control over the testing and the existence of a confidentiality obligation) clearly favored Sunoco. The Federal Circuit ignored the factors favoring Sunoco, choosing instead to focus on the form of the contract, which made no mention of experimentation.

The Federal Circuit remanded the case to the trial court for a further review of whether the “ready for patenting” prong of the on-sale bar had been met when the U.S. Venture sales contract was signed. The Federal Circuit’s opinion allowed for the possibility that the invention was not ready for patenting until the pre-installation testing described in the sales contract had been conducted, in which case the patent application would have been timely filed.

Lessons to Be Learned

From a litigation perspective, Sunoco Partners highlights the need to delve deeply into the background underlying a sale or public use that predates the filing of a patent application by more than a year, as well as the form of the sales contract. While the court did not review exhaustively the list of factors suggested in Electromotive, litigation counsel should be mindful of them all in crafting arguments for, or against, experimental use. Those factors are as follows:

Regarding the importance of a confidentiality obligation, it is worth noting that Helsinn Healthcare was affirmed by the Supreme Court in 2019. The affirmance stands for the proposition that a confidentiality agreement between buyer and seller does not prevent the sales contract from causing the product to be “on sale” for purposes of the on-sale bar.

This article was originally published by the American Bar Association’s Litigation Section on October 20, 2022.