Fresh is Best and Stale Will Fail: The PTAB Explains Its Logic in Refusing to Institute an IPR 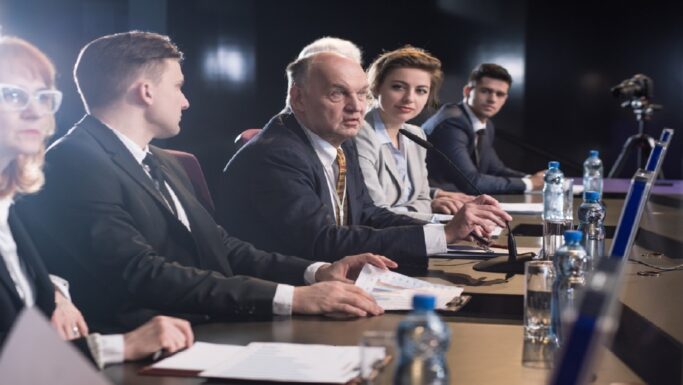 The Patent Act allows anyone to try to initiate an inter partes review (IPR), which is a proceeding before the Patent Trial and Appeal Board (PTAB) challenging one or more claims of a patent. Any such challenge may be based only on prior art patents or printed publications.

The PTAB may authorize the institution of an IPR if it determines that the petition (and any response filed by the patent owner) shows a reasonable likelihood that the petitioner would prevail on at least one claim.

In a February 13, 2020 decision, the PTAB declined to institute an IPR on the basis of a petition filed by Advanced Bionics LLC against a patent owned by our client MED-EL Elektromedizinische Geräte GmbH (MED-EL). The decision has since been designated as precedential, meaning that it is binding on PTAB administrative law judges in considering future IPR petitions.

The decision’s legal analysis begins and ends with section 325(d) of the Patent Act, which says, in part, that, in determining whether to institute an IPR, the PTAB “may take into account whether, and reject the petition or request because, the same or substantially the same prior art or arguments previously were presented to the Office.”

The decision extrapolated from that text a formal framework for determining whether to accept or reject a petition for an IPR.

In Advanced Bionics v. MED-EL, the PTAB panel found guidance in an earlier decision involving Becton Dickinson. Among the factors considered in that case is the extent to which the asserted art was evaluated during examination, and whether the prior art was the basis for rejection.

The PTAB noted that the prosecution history of the challenged MED-EL claims included these events:

Advanced Bionics submitted different prior art, but the PTAB found it to be substantially similar to the prior art that was the basis of two rejections during prosecution. The Becton Dickinson factors supported rejection of Advanced Bionics’ petition because the claims in question had twice been rejected and revised in light of the seminal prior art.

Since Advanced Bionics had failed to submit substantially different prior art, the PTAB panel asked itself whether Advanced Bionics had demonstrated that the PTO had erred in evaluating the prior art that it considered. The panel found nothing in the petitioner’s brief to suggest that the PTO had erred in allowing the claim over the prior art before it. On that basis, it denied the petition.

This opinion is precedential because of the section 325(d) framework that it formulated and followed. As if to demonstrate that this new framework is consistent with other decisions, the PTAB also designated as precedential its earlier decision in Oticon Medical AB v. Cochlear Limited, that likewise discussed section 325(d) and the Becton Dickinson factors.

That opinion did not tease out the same analytic framework from Section 325(d), but it found, in contrast to the MED-EL case, that the petitioner had submitted new prior art that included a substantial new technical disclosure, and that the failure of the patent examiner to have considered it was an error. The PTAB panel in Oticon concluded that an IPR should be instituted.

Sunstein LLP prosecuted the challenged patents on behalf of MED-EL and successfully represented it in opposing the institution of the IPR.