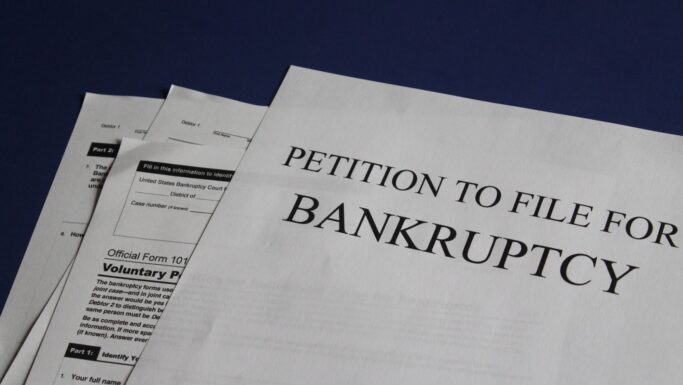 By filing for chapter 11 bankruptcy, a financially distressed company may take advantage of special ways to turn itself around and reorganize instead of liquidating its assets and going out of business. The chapter 11 debtor may, for example, petition a bankruptcy court for relief from those contracts that it deems undesirable (known as “rejecting” a contract).

In theory, freeing a company from unwanted commitments allows the debtor to devote its time to more profitable pursuits that will enable it to regroup quickly. However, bankruptcy law does not completely shortchange the debtor’s business partners; they may still sue for breach of contract and recover monetary damages, although recovery is often limited to a small residue of assets.

However, when a debtor seeks to reject a license of “intellectual property,” as that term is defined in the bankruptcy code[i], the licensee may opt to retain the granted rights.

Trademarks are absent from the bankruptcy code’s definition of intellectual property. The legislative history of the statute is unclear as to whether Congress intended to leave trademark licenses vulnerable to rejection. As a result, the effect of a chapter 11 debtor’s attempt to reject a trademark license remains uncertain, with different courts reaching different conclusions.

The First Circuit Court of Appeals recently held that chapter 11 debtors may reject trademark licenses. In re Tempnology concerns an insolvent company that made products (e.g., towels, socks, headbands) that remained at low temperatures when used during exercise. Tempnology had granted Mission Products, a marketing and distribution company, exclusive marketing and distribution rights to a group of its products and an accompanying license to use Tempnology’s trademark and logo.

Mission Products appealed to the Bankruptcy Appellate Panel (the “BAP”), a division of the First Circuit dedicated to hearing appeals from bankruptcy courts. Although the BAP agreed with the bankruptcy court that “intellectual property” is not defined to include trademarks, it followed a decision from the Seventh Circuit Court of Appeals holding that a chapter 11 debtor’s attempt to reject a trademark license was ineffective. Sunbeam Products, Inc. v. Chicago American Manufacturing, LLC, 686 F.3d 372 (7th Cir. 2012). In that case, the licensee retained all of the rights granted by the trademark license.

Tempnology appealed the BAP’s decision to the First Circuit. In reversing, the First Circuit rooted its reasoning in the presumed policy behind chapter 11 of the bankruptcy code: to relieve chapter 11 debtors of costly obligations so they may reorganize and recover expediently.

Because trademarks constitute a public representation regarding the origin and quality of goods or services bearing the mark, a trademark owner has an obligation to monitor the use of the mark or risk losing its rights to the mark entirely. In fact, the agreement between Tempnology and Mission explicitly listed activities that Tempnology might undertake to police Mission’s use of the trademarks.

Thus, reasoned the court, a trademark license does more than passively convey rights from licensor to licensee; it provokes the licensor to post-agreement activity. The First Circuit held that, in order to free a chapter 11 debtor from unwanted performance obligations, the debtor must be able to extinguish granted trademark rights.

One judge on the First Circuit’s panel dissented. According to his reading of the legislative history of bankruptcy provisions protecting intellectual property rights, Congress was unwilling to codify a position on trademark licenses without further research. The dissenting judge suggested that in the interim, bankruptcy courts should determine the merits of rejected trademark licenses on a case-by-case basis. The majority erred, said he, in categorically vacating the trademark license and declining to consider the equities of Tempnology and Mission Products’ business relationship.

In re Tempnology has produced a split between the First and Seventh Circuits over a company’s ability to terminate a trademark license while in bankruptcy. For the time being, bankruptcy courts in the First Circuit will provide a more hospitable forum for debtors wishing to reject trademark licenses.

[i] The term “intellectual property” means—