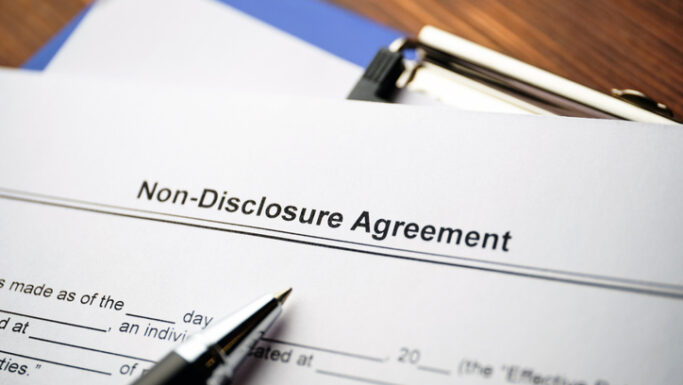 Two recent Federal Circuit decisions involved the interpretation of forum-selection clauses in non-disclosure agreements. In particular, the question was whether the forum selected by the parties prevented a party from bringing an inter partes review (IPR) proceeding in the U.S. Patent and Trademark Office to attack the other party’s patents.

An IPR proceeding can be a valuable weapon for an accused infringer. These proceedings allow the validity of a patent to be attacked in a forum—the U.S. Patent and Trademark Office (USPTO)—that is widely considered to be favorable for those attacking a patent. It is often harder to invalidate a patent in federal district court, especially in front of a jury.

In one decision, Nippon Shinyaku v. Sarepta Therapeutics, the accused infringer (Sarepta) was forced to withdraw the IPR petitions it had filed against the asserted patents. The forum set forth in the non-disclosure agreement was the U.S. District Court in Delaware. IPR proceedings can only take place in the USPTO, not in a district court.

In the other decision, Kannuu Pty v. Samsung Electronics, the accused infringer was allowed to bring and maintain IPR proceedings against the asserted patents even though the non-disclosure agreement limited the forum to federal and state courts in the borough of Manhattan, NY.

The lower courts in both cases had ruled that the IPR proceedings could proceed, but the Federal Circuit reversed in the Nippon Shinyaku case and affirmed in the Kannuu case. Both decisions came down to contract interpretation.

As a result of the Nippon Shinyaku decision, Sarepta had to withdraw seven IPR petitions, which undoubtedly were very expensive to prepare. Such petitions require a detailed analysis of why each of the patent claims is invalid in light of the prior art, and the analyses must be backed up by lengthy affidavits from technical experts.

The non-disclosure agreement defined the term “Potential Actions” as:

any patent or other intellectual property disputes between [Nippon Shinyaku] and Sarepta, or their Affiliates, other than the EP [European] Oppositions or JP [Japanese] Actions, filed with a court or administrative agency … in connection with the Parties’ development and commercialization of therapies for Duchenne Muscular Dystrophy.

Although the above contract language seems to make pretty clear that any U.S. patent dispute must be adjudicated in U.S. District Court in Delaware, the lower court had held that other provisions in the non-disclosure agreement were in too much “tension” with the specific provisions quoted above. The lower court therefore held that the intent of the parties was different from the otherwise clear language above. The Federal Circuit disagreed and held that the plain language of the forum-selection clause controlled.

In Kannuu, the forum-selection clause read:

Any legal action, suit, or proceeding arising out of or relating to this Agreement or the transactions contemplated hereby must be instituted exclusively in a court of competent jurisdiction, federal or state, located within the Borough of Manhattan, City of New York, State of New York and in no other jurisdiction.

In this case, both the lower court and the Federal Circuit ruled that the patent dispute between the parties was too unrelated to the non-disclosure agreement to be bound by the agreement’s forum-selection clause.

However, Judge Pauline Newman (who was on both Federal Circuit panels) dissented in the Kannuu case. In her view, this patent dispute was indeed a “legal action, suit, or proceeding … relating to the transactions contemplated” by the non-disclosure agreement. As Judge Newman explained, these contemplated transactions included a possible patent-licensing deal between the parties. That no such licensing deal was ever executed was irrelevant. Accordingly, Judge Newman opined that the forum-selection clause should bar Samsung from bringing the IPR proceedings against Kannuu’s patents.

In her dissent, Judge Newman quoted an interesting exchange from the oral argument:

Judge: Let's say that Kannuu sues Samsung for patent infringement in Texas, which Kannuu presumably can do, since they're a Texas company. Would Samsung say "No, you're barred by this agreement, you must sue us in New York," which is what Kannuu apparently thought they had to do?

Samsung counsel: Your Honor, this depends on what the allegations look like specifically, for example, in this case, the patent claim is paired with a non-disclosure breach claim, so it has to be brought in New York because there is an NOA nondisclosure violation alleged.

In other words, Samsung’s counsel was arguing that, while the forum-selection clause does not prevent Samsung from bringing an IPR proceeding in the USPTO (i.e., outside of Manhattan), it would prevent Kannuu from bringing its lawsuit outside of Manhattan. Compared to the majority’s broadly worded holding in Kannuu, Samsung’s counsel took a much more nuanced view of when a “legal action, suit, or proceeding … [is] relat[ed] to the transactions contemplated” by the non-disclosure agreement.

This nuanced view may have been driven by a desire to avoid being sued in Texas by patent owners while still retaining the right to bring the IPR proceedings against Kannuu’s patents. Samsung may have used similar forum-selection language in other non-disclosure agreements. Indeed, one of Kannuu’s (unsuccessful) arguments had been that Samsung should be judicially estopped because it had successfully taken the opposite position in an earlier case that had somewhat similar facts.

This portion of Judge Newman’s dissent highlights that, in the context of patent disputes, there are often two issues that should be considered when negotiating and drafting the forum-selection clause: In which trial court will the dispute be addressed? And will a party be allowed be allowed to bring IPR proceedings against the patents? The foregoing forum-selection clauses do not reflect that the parties fully considered the second question.

In each of the Nippon Shinyaku and Kannuu cases one federal judge interpreted the contract language differently from other judges involved in the case. (In Nippon Shinyaku it was the judge in the lower court; in Kannuu it was Judge Newman.) Those differences suggest that the contract language in both cases could have been clearer. Such a lack of clarity can lead one party to prepare and file several expensive IPR petitions and then be forced to withdraw them because of how a court interprets a forum-selection clause. As noted, that is exactly what happened to Sarepta.

In light of these cases and of the importance of IPR proceedings to patent disputes, it is likely that more attention will be paid to negotiating and drafting forum-selection provisions in nondisclosure agreements and other agreements that may appear peripheral to the question of patent validity, but that may affect how and where patent challenges are conducted.