When a State University is a Reluctant Plaintiff, Can Its Licensee Sue Anyway? 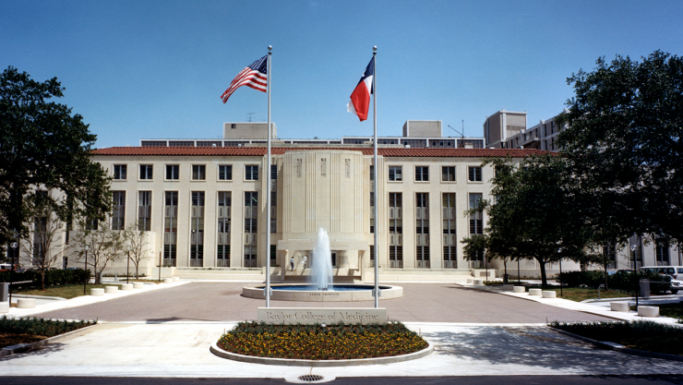 Companies seeking to license patents from state universities face a special risk--sovereign immunity. The 11th Amendment to the US Constitution deprives federal courts of jurisdiction to hear complaints brought by a citizen of one state against another state. In this context, state universities are considered to be instrumentalities of a state and thus to enjoy the same immunity as the state itself.

This immunity can present a problem for a licensee wishing to enforce a patent when the state university, for one reason or another, does not want that lawsuit to proceed. This was the case in Gensetix, Inc. v. Baylor College of Medicine, concerning a patent for an anti-cancer drug invented by William Decker, who at the time was an employee of the University of Texas.

Some years after assigning his patent rights to the University of Texas, Mr. Decker took a job at Baylor University and continued his research in the field covered by the patent, but without the benefit of a license. Gensetix sued Baylor for infringement, but the University of Texas refused to join the suit, presumably because it did not want to take part in stifling academic research.

The district court dismissed the case, ruling that the university, as the owner of the patent, was a necessary party to the litigation and could not be compelled to be a party to a federal lawsuit initiated by Gensetix which, as a Delaware corporation, is a citizen of another state. Gensetix appealed.

The appeal to the Federal Circuit focused on two legal issues: First, does the 11th Amendment protect the university from becoming an unwilling plaintiff in the case? And second, if it does have that effect, do the Federal Rules of Civil Procedure nonetheless permit Gensetix’s suit against Baylor to proceed, or was the district court correct that the university is a necessary party without which the lawsuit is unsustainable?

The three-judge panel could not agree on either question. The opinion for the court, written by Judge O’Malley, held that the 11th Amendment makes it impossible to bring the unwilling university into the case as a plaintiff, but that the university is not a necessary party. Judge Newman disagreed with Judge O’Malley as to the first conclusion; and Judge Taranto disagreed as to the second.

In concluding that the 11th Amendment precludes making the university an involuntary plaintiff, Judge O’Malley cited two Supreme Court cases that advocated a broad reading of the 11th Amendment. In one of those cases, the court said that “the sovereign immunity reflected in (rather than created by) the Eleventh Amendment transcends the narrow text of the Amendment itself.” And in the other, it said that the Amendment “serves to avoid the indignity of subjecting a State to the coercive process of judicial tribunals at the instance of private parties.”

Judge Newman, in dissent, was having none of that. She pointed to another Supreme Court opinion holding that when a state enters into commerce, it accedes to the rules of commerce and should be held responsible for its contractual commitments.

As interesting as the Constitutional debate might be, the case turned on the agreement of two judges that the lawsuit could proceed without the university. Thus, the dismissal of the case was reversed.

The ruling that the lawsuit could proceed was rooted in Federal Rule of Civil Procedure 19(b). That rule requires the court to consider four factors in determining whether a lawsuit may proceed in the absence of a “required party.”

Judge O’Malley found the trial court’s analysis insufficient because, in his view, it was based on nothing more than the university’s status as a sovereign. He then conducted his own review of these factors.

Because the license was exclusive in all fields, he deemed the university’s interest and that of Gensetix to be identical. Thus, he reasoned, Gensetix’s enforcement of the patent would not prejudice the interests of the university, and a remedy obtained by Gensetix would be adequate. Judge Moore agreed that Gensetix would have no adequate remedy unless it were permitted to proceed against Baylor.

Baylor argued that it would be prejudiced if the lawsuit went ahead because it could later be sued by the University of Texas for the same infringement. But the license does not permit the university to sue an infringer unless Gensetix has failed to do so, noted Judge Moore. Thus, there is no danger of multiple lawsuits arising out of the same infringement, and no prejudice to Baylor.

The University of Texas, for its part, argued that, because of its reserved right to conduct research, its interest in the patent was different from that of Gensetix. Judge Newman was not receptive: This was not a reservation of patent rights, but rather an exception to the rights granted by the patent, and the university would have held research rights even if the license had not expressly preserved them.

What practical lessons does this case provide for companies negotiating patent licenses with state universities? First, it is important that the interest the company obtains in the patent be viewed as identical to that of the university. To do this, it is necessary to get an exclusive license in all fields.

Second, the university should not be allowed to enforce the patent if the licensee has done so. While it was not a factor in Gensetix, it would be wise to obtain a contractual obligation to cooperate in any litigation, including a right to sue in the name of the university. And finally, if possible, it would be helpful to have the university waive its sovereign immunity rights in connection with any decision by the licensee to sue an infringer.