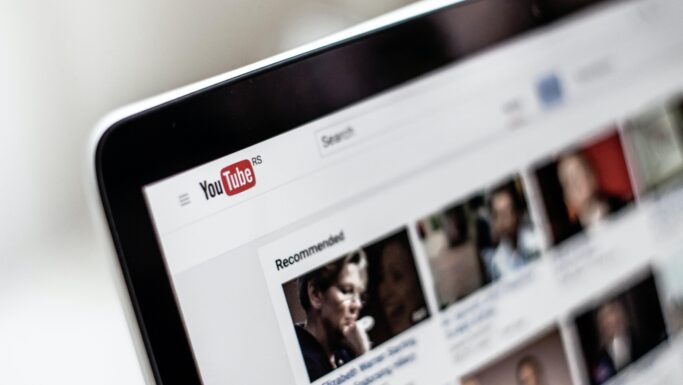 Fair use, which was codified in 1976, operates as an affirmative defense that limits the rights of copyright holders and allows for the use of copyrighted works without the owner's permission for purposes such as criticism, comment, news reporting, teaching, scholarship, or research.

To determine fair use, the Copyright Act provides a non-exhaustive list of factors including the purpose and character of the use, the nature of the copyrighted work, the amount and substantiality of the portion taken, and the effect of the use upon the potential market.

Whether a work is protected under the fair use doctrine is highly fact-specific, and results often vary. Under the Digital Millennium Copyright Act (DMCA), which governs much of the space where copyright meets the internet, websites like YouTube are required to follow certain steps to ensure copyrights are not infringed; however, the policies put in place by YouTube are unclear, unfair, and counterproductive.

YouTube’s current copyright policy centers around two different mechanisms, the manual claim and the Content ID claim. Often these terms are used interchangeably, but they are not synonymous.

A manual claim on YouTube is triggered when a copyright owner files a DMCA takedown request. The request must be accompanied by the copyright owner's contact information, description of the copyrighted content they are seeking to protect, and a sworn statement of good faith belief that the video at issue uses copyrighted material without authority.

After a takedown request is filed, YouTube is required to expeditiously remove the allegedly infringing video. However, YouTube need only take reasonable steps to promptly notify content creators that their video has been removed. After the creator is notified, they may either accept the takedown or file a counter-notice to YouTube. Though filing a counter-notice is simple, a majority of creators simply do not bother.

While only a handful of companies track counter-notices in transparency reports, Twitter, Tumblr, Github, and Automattic report fewer than 1% of users file a counter-notice to a DMCA takedown. Notification of a manual claim and the counter-notice procedure is drowned in legalese. The language is intimidating to the point where it is easier for many creators to accept the claim and the restrictions.

However, filing a counter-notice does not equate to litigation. The content creator must provide a full explanation of the creator's valid fair use defense to the takedown request. YouTube will then notify the copyright owner of the counter-notice and, pursuant to §512(g) of the Copyright Act, YouTube must reinstate the video 10-14 business days later.

If a creator’s video is removed following a manual claim, the creator will receive a copyright strike on their account. YouTube developed its own “three strikes and you’re out” policy to comply with the conditions for eligibility for safe harbor protection. The first strike serves as a warning to the creator and expires after ninety days so long as the creator completes YouTube’s “Copyright School.”

A second strike is usually accompanied with more channel restrictions, like loss of ability to livestream or de-monetizing videos. If a third strike is issued before the other strikes expire, the creator’s channel is subject to termination.

Because of its ease of use and high impact, the DMCA takedown is susceptible to abuse. Such abuse overwhelms the process and impedes YouTube’s ability to remove material in a fair manner. ISPs are considered to have knowledge of infringing material upon receipt of a takedown notice, so an inundation of takedown notices puts YouTube at risk of liability for delaying removal.

Confronting a flood of takedown notices and in danger of losing safe harbor protections, YouTube developed a computer algorithm for filtering and blocking allegedly infringing content on its site. Content ID limits the amount of DMCA takedown filings by filtering new works before they become available to the public. Such algorithmic enforcement mechanisms are sophisticated enough to find song “snippets as short as [one] second across dozens of platforms worldwide.”

Content ID is a database filled with selected copyrighted materials. Eligibility for Content ID is based on various criteria including an owner’s demonstrated need to protect their work and evidence of the copyrighted content to which they control the exclusive rights.

When a content creator uploads a new video on YouTube, it is immediately scanned against the Content ID database for infringing material. If there is a match, the creator will receive a Content ID claim against their video. The owner of the copyrighted material is then notified and may either block or monetize the video and collect all the advertisement revenue that the alleged infringing video generates. However, monetization is triggered during Content ID disputes only when both the creator and copyright owner seek to monetize the video.

A manual claim and a copyright strike, however, are both filed against the user’s entire account and may affect the user’s ability to monetize any video uploaded for the 90-day mandatory period before the strike expires. After a video is claimed through Content ID, the user can either accept the restrictions or dispute the claim.

Restrictions typically involve blocking the video or sharing all or partial advertisement revenue from the video. If a Content ID claim is disputed, YouTube allows the copyright owner thirty days to respond and the owner may uphold or release the claim. The owner also has the option of doing nothing with the dispute and wait out the mandatory thirty-day period before the claim expires. However, if the claim is upheld, the creator can appeal the claim only if their YouTube account is in good standing. If the creator appeals, the copyright owner must file a DMCA takedown in order to continue blocking the video.

YouTube’s current copyright procedures are laden with pitfalls which deter content creators from creating and posting new work. Computer algorithms like Content ID lack discretion and are unable to distinguish between unauthorized and authorized use of copyrighted work. This results in removal of videos which are legally permissible under copyright law.

Further, the DMCA takedown function is frequently misused because of its accessibility. Users can file a takedown notice on YouTube for inappropriate content, harassment, privacy reasons, or trademark infringement, but none of these issues demand expeditious removal by law. A DMCA takedown ensures a video will be removed almost instantly, regardless of the legality of the video.

Put simply, the risk for YouTube is too high to carefully review each takedown notice or Content ID claim, so it is safer to simply remove the material and wait for a counter-notice, if it ever comes. The counter-notice feature is an undervalued tool for creators and should be wheedled more often.