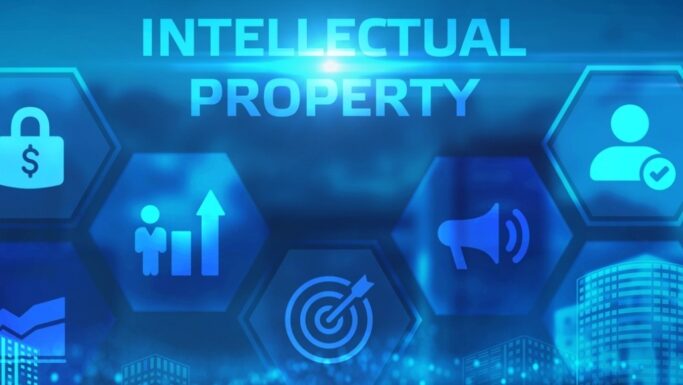 The Russian war on Ukraine has resulted in a series of US sanctions and Russian countermeasures that have disrupted the coordination of patent and trademark rights between the United States and Russia.

Paying Fees to Rospatent. On the financial side, the question has arisen as to whether it is legal to pay fees to Rospatent, the Russian equivalent of the US Patent and Trademark Office. Rospatent fees are deposited in the Central Bank of the Russian Federation (the “CBRF”).

However, on March 3, 2022, OFAC published “general License No. 13”, which authorizes U.S. persons to pay taxes, fees, or import duties, and purchase or receive permits, licenses, registrations or certifications [that are otherwise prohibited by Directive 4], provided such transactions are ordinarily incident and necessary to such persons’ day-to-day operations in the Russian Federation, through 12:01 a.m. eastern daylight time, June 24, 2022.”

It appears that U.S. companies that are in the process of applying for a patent or trademark in Russia, or for which a maintenance fee is coming due with regard to an issued patent or trademark in Russia, may legally pay fees to Rospatent up until 12:01 EST on June 24, 2022. After that time, no payments can be made by U.S. persons to Rospatent. However, it may be challenging to find a bank or funds transfer service that will facilitate that payment because of the vagueness of the language in general license no. 13. Previous regulations and general licenses published in connection with sanctions have specifically mentioned fees for the maintenance of intellectual property registrations, but this one does not.

Receiving Payments from Russian Licensees and Franchisees. Russia has decreed that moneys owed to residents of “unfriendly” countries (described in more detail below) may be paid in rubles.

Preserving IP Assets in Russia. On March 6, 2022, the Russian government published a decree stating that citizens of foreign countries that commit unfriendly actions against Russians are subject to a compulsory license of their inventions, patents, utility models and industrial designs on terms calling for a 0% royalty to the owner of the intellectual property. On March 7, 2022, the Russian government published a list of “unfriendly” countries. The list included the United States, the EU countries, South Korea, Japan and several others. As a result, US owners of Russian patents will receive no compensation for infringement in Russia, at least as long as the United States imposes sanctions on Russian individuals and companies.

These measures, which amount to a taking of intellectual property rights without compensation, violate the TRIPS Agreement to which Russia is a party. However, the Russian constitution was amended in 2020 to give the Russian constitution precedence over treaty obligations. It is difficult to predict whether the March 6 decree reducing some patent royalty rates to zero will be held to be grounded in the constitution. But because of the politically charged atmosphere surrounding the Ukraine war, it seems prudent to assume that no Russian court will overrule the March 6 Russian decree on the basis of the TRIPS Agreement.

The attack on intellectual property assets held by citizens of “unfriendly” countries is not limited to patent rights. Reports in the Russian press indicate that Russia may soon eliminate legal liability for the use of pirated software and movies from unfriendly countries. Russian politician Dmitry Ionin has even suggested that the country may unblock the torrenting suite RuTracker to help Russians pirate Hollywood films.

While the same result may soon apply to trademarks of U.S. companies, it is too early to be sure. There are reports that a number of trademarks similar or identical to famous Western brands – such as McDonalds, Starbucks, Chanel, IKEA and Instagram – have been filed in Russia, but Rospatent has yet to act on the applications. Given the new Russian policy regarding unfriendly countries, it would be surprising if Rospatent reject such trademark applications on the basis of the pre-existing Western-owned marks.

USPTO Actions. On March 4, 2022, following the lead of the European Patent Office, The United States Patent and Trademark Office announced a break in relations with Rospatent. In particular, the USPTO will no longer participate in the Global Patent Prosecution Highway (GPPH) if the patent application is based on work performed by Rospatent as an Office of Earlier Examination under the GPPH.

The USPTO has also warned patent applicants filing under the Patent Cooperation Treaty (PCT) are to exercise caution before selecting Rospatent as an International Searching Authority or International Preliminary Examining Authority. Doing so, the USPTO warned, may prevent successful processing of international applications under the PCT, including the transmittal of required fees through financial institutions.

While many companies are pulling out of Russia, some are not, either because it is too difficult to do so, or because of humanitarian or other concerns. For those companies with matters pending before Rospatent, it would be wise to pay any upcoming fees prior to June 24, 2022 if possible. Other companies may rightfully wonder whether it is worth the cost of doing so, since intellectual property protection for Western companies is rapidly disappearing.

American and EU companies that do not anticipate continuing to do business in Russia can expect to see their intellectual property utilized in Russia without compensation. More concerning is the possibility that Russia will become a mass exporter of infringing goods. Companies that once looked to China as the likeliest source of knock-offs may now find that they are coming from Russia.

In anticipation of such activity, it may be wise to pursue intellectual property protection in countries that are likely customers of Russian vendors of infringing goods. This protection can include patent and trademark registration and, where applicable, copyright registration. Countries to consider include China, India, and countries in the Middle East.