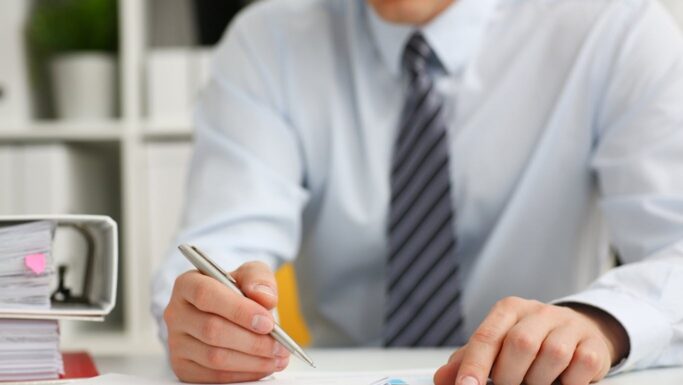 In a notice of proposed rulemaking announced January 4, 2019 and published in the Federal Register on January 7, 2019, Director Andrei Iancu of the Patent and Trademark Office has seized the initiative in proposing clear guidelines to distinguish between what subject matter is eligible to be patented and what subject matter is not.

Unlike guidelines issued under the aegis of preceding Director Michelle Lee, the new guidelines are more than a simple rehash of judicial precedent and represent a courageous and thoughtful effort to define what matters in patent eligibility determinations.

As outlined in our accompanying article on the Federal Circuit’s decision in Data Engine Technologies LLC v. Google LLC, concerning patent eligibility of computer software, the Supreme Court’s 2014 Alice decision (discussed here) created a two-step test for determining whether computer software is eligible to be patented: first, are the patent claims directed to a patent-ineligible abstract idea?—and, second, if so, do the patent claims fail to define subject matter that amounts to “significantly more” than the abstract idea?

If the answers to both questions are “yes,” then the claimed subject matter is not eligible to be patented. The Supreme Court’s 2012 Mayo decision (discussed here) introduced a similar test for claims directed to natural phenomena and laws of nature.

The new patent eligibility guidelines tackle both the Mayo and the Alice decisions. The two-step test is still there, since the Supreme Court has spoken, but the guidelines clarify and illuminate this test. Broadly characterized, the first step is to determine whether the patent claims are directed to a patent-ineligible concept, namely, an abstract idea (as in Alice) or a law of nature or natural phenomenon (as in Mayo).

However the proposed PTO guidelines for step one do not stop at this question. They provide categories of patent-ineligible concepts, namely, mathematical concepts, certain methods of organizing human activity, and mental processes and specify that unless one of these concepts is involved, the claims generally cannot be deemed to be directed to a patent-ineligible concept.

Providing that a “practical application” of an abstract idea will make a claim patent-eligible reflects a profound insight into what matters in patent law and provides firm ground for patent eligibility determinations. In its Alice and Mayodecisions, the Supreme Court seemed not to appreciate that all inventions represent the harnessing of some set of principles to a real-world purpose.

In fact, as our article reporting the Mayo decision pointed out, the Federal Circuit observed in its landmark State Street decision that “all inventions use science and engineering principles—laws of nature—for their implementation, but inventions typically apply these principles to achieve a practical effect.”

The proposed guidelines would re-affirm this path to patent eligibility in the step one analysis of Mayo and Alice. “These revised patent examination procedures are designed to more accurately and consistently identify claims that recite a practical application of a judicial exception (and thus are not ‘directed to’ a judicial exception), thereby increasing predictability and consistency in the patent eligibility analysis.”

In one example of the “practical application” analysis, the guidelines recognize as patent-eligible an invention that results in the improvement in the functioning of a computer, therefore explaining in a single breath the outcome of the decision in Data Engine Technologies LLC v. Google LLC, about which we write elsewhere in this newsletter.

Even when the step one analysis leads to a determination that the claims are “directed to” a patent-ineligible concept, the new guidelines offer more assistance to the patent applicant in step two, which requires a determination of whether the claim has additional elements that “amount to significantly more than” the patent-ineligible concept itself.

In this connection, examiners are instructed, among other things, to determine whether the claim “adds a specific limitation or combination of limitations that are not well-understood, routine, conventional activity in the field, which is indicative that an inventive concept may be present.” The test for “well-understood, routine, conventional activity in the field” has been used by the Federal Circuit in a number of recent cases, including in Berkheimer v. HP, decided in 2018, which is discussed here.

Two considerations may prevent this outcome. First, the proposed guidelines include some escape clauses, such as language from Mayo and Alice, in which a practical application will not be found in cases wherein “an additional element merely recites the words ‘apply it’ (or an equivalent) with the judicial exception, or merely includes instructions to implement an abstract idea on a computer, or merely uses a computer as a tool to perform an abstract idea.”

Second, as head of an administrative agency, the Director of the Patent and Trademark Office has considerable latitude in establishing rules and criteria under which his agency operates.

In the view of this author, the proposed eligibility guidelines, over time, are likely to eliminate most, if not all, rejections by examiners for patent ineligibility. If such an eventuality does come to pass, it will be the best news in years for the patent system.